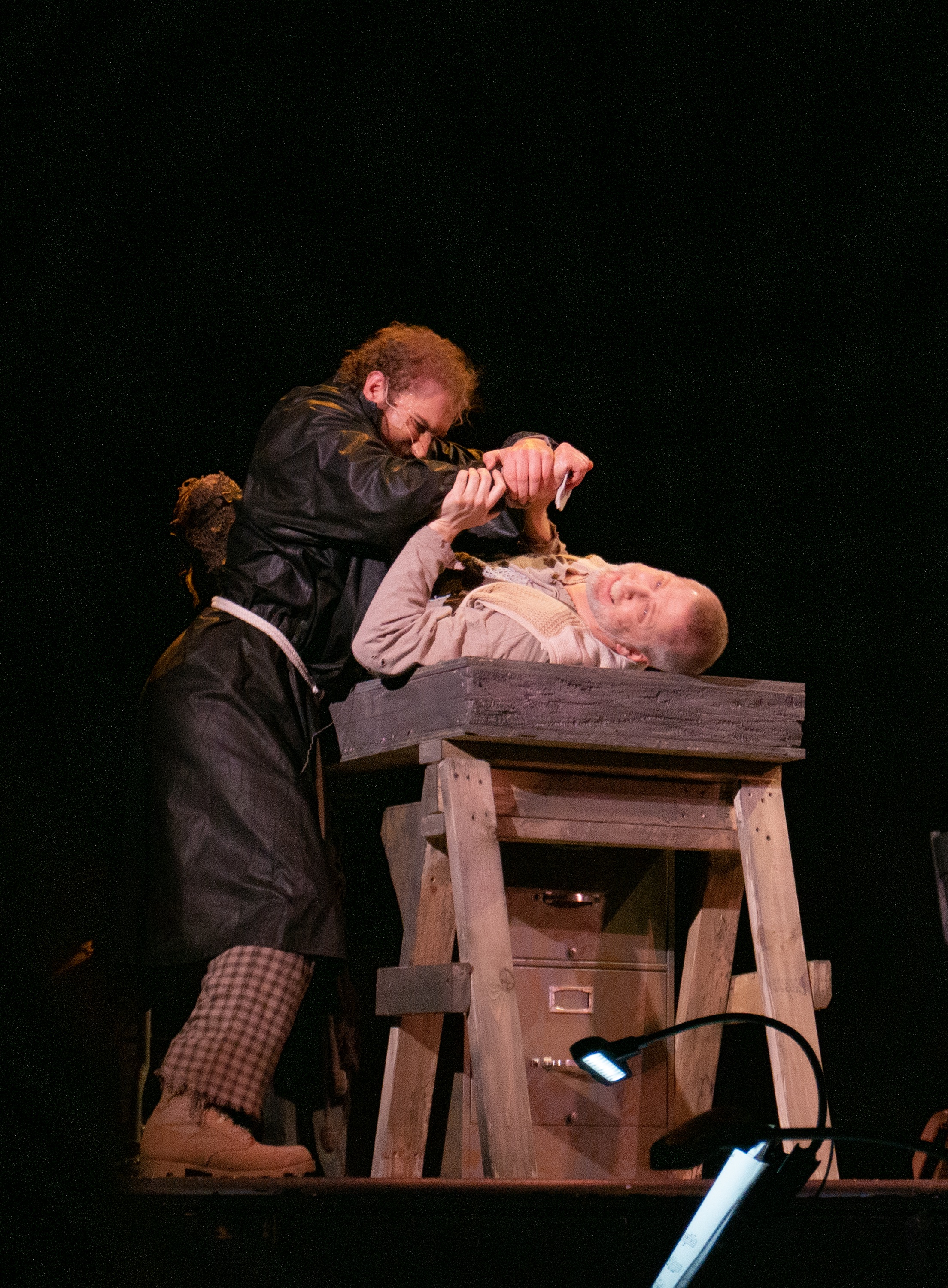 A scene from Berstein’s “Mass.”

Every year, Lawrence University presents a fully staged opera. This year’s mainstage opera was  Leonard Bernstein’s “Mass,” an emotional production based around the Roman Catholic Tridentine Mass. Director of Opera Studies and Associate Professor of Music Copeland Woodruff elevated “Mass” to a new level by incorporating American Sign Language (ASL) Pidgen Sign Language (PSE) into the piece. As a result of these additions, the opera spoke—and signed—volumes about inclusion, community and listening to one another.

The opera featured a cast of talented Lawrentians, with seniors Aria Minasian and Erik Nordstrom sharing the lead role of the Celebrant. In addition to Lawrence students, professional deaf actor Robert Schleifer and local deaf interpreter Kristine Orkin participated in the opera. Highlights of the performance included songs like senior Allie Horton’s masterful solo “World Without End,” a children’s choir comprised of local elementary and middle school students and an innovative set design. The Stansbury Theater stage was transformed into a post-apocalyptic ruin with spooky lighting, crumbling buildings and a mesh screen that separated scenes of past memories from the present. The costumes were designed to feel post-apocalyptic as well, from the eerie one-piece jumpsuits and bald caps worn by the chorus to the Celebrant’s ragged apparel.

Bernstein’s original storyline was intensified by the use of ASL. The struggle to communicate was heart-wrenchingly obvious between the hearing Celebrant and the deaf Congregant. Both parties were striving to be understood without trying to understand where the other person was coming from. However, some unity was found in the Street Singers, who simultaneously sung and signed.

Following the performance, Schleifer and the rest of the cast received a standing ovation from audience members, but there was no clapping to be heard. Instead, the audience used the deaf sign of applause, which involves holding both hands above the head and twisting them back and forth.