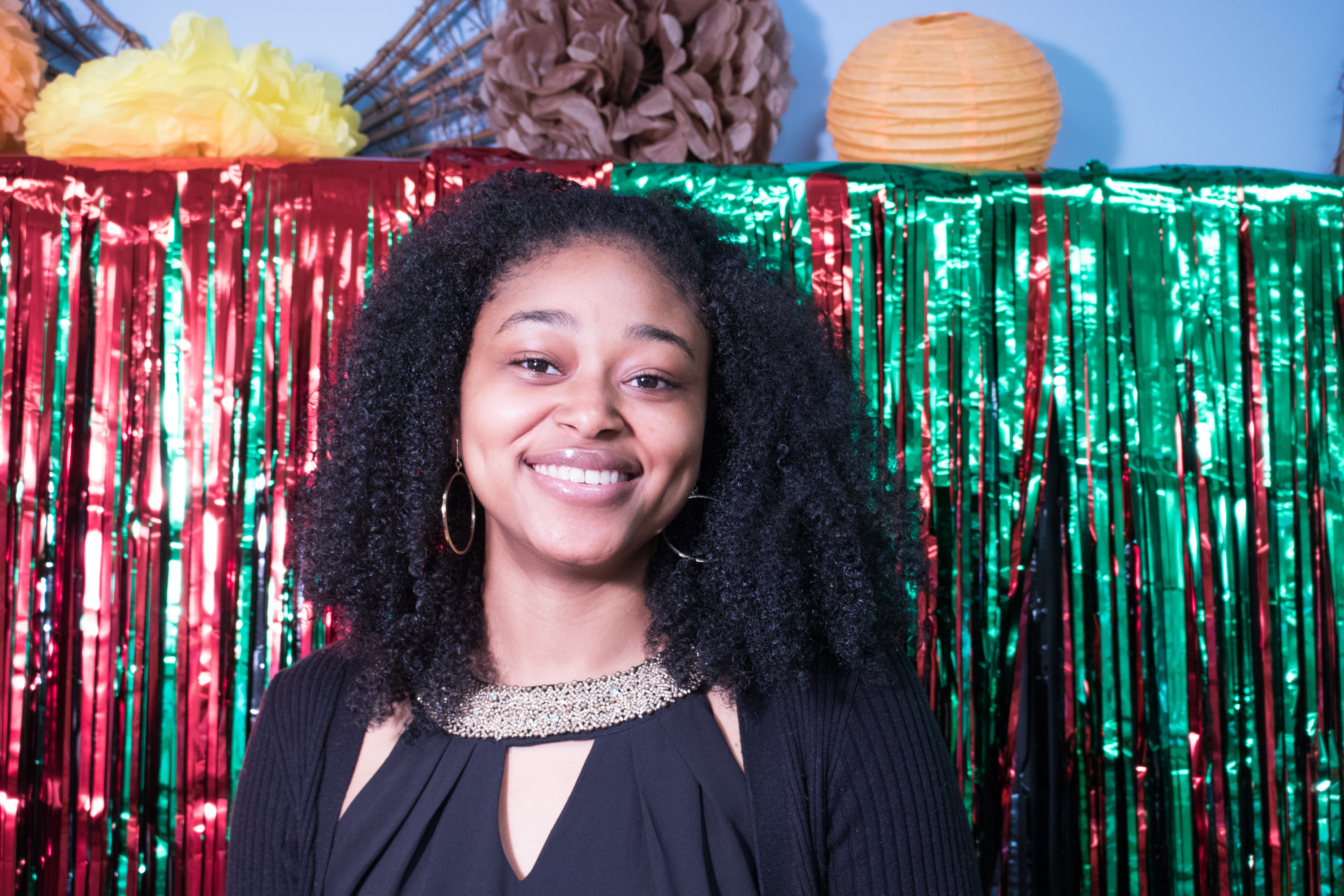 To identify as a womxn is to expect solidarity with others who identify the same way. The assumption that there is a universal womxn experience erases the nuances and variety that exists. This column seeks to address those intersections in an effort to celebrate and deconstruct the reality of womxnhood in the various ways it is expressed.

“Twenty days ‘til June 9!” Briana Faulkes announced. At the mention of her impending graduation, she was filled with visible excitement. Her journey at Lawrence has been one marked with adventure, turmoil and growth.

Currently, she is looking forward to her internship at the consulting firm Willis Towers Watson this summer before starting a full-time position at PricewaterhouseCoopers.  The chapter of her life she will soon complete has afforded Faulkes a wealth of experiences she hopes she can use to help younger generations.

Faulkes laughed at the irony of it all. “I sound old, but I’m not!”

Her four years at Lawrence, however, gives a unique perspective to gauge the effects of changes that have occurred. She credits the administration for the strides they have made to be as inclusive as possible because she has noticed a palpable change.

The way the campus functions now is very different from how it did when Faulkes first arrived her freshman year. At the time, the social media app Yik Yak caused turmoil on many college campuses nationally because of cyberbullying. At Lawrence, anonymous threats against students of color made the campus feel dangerous for Faulkes.

Action was taken by both students and administration that helped create not only the new Diversity Center and its list of demands, but the total ban of the app. The change that came from the incident was welcomed, but for Faulkes, it marked how different her circumstances were from her hometown of New York City.

Moving constantly around the New York Tri-State area allowed Faulkes to develop an adaptability she later utilized at Lawrence. She names Long Island, Teaneck, the Bronx and Manhattan as temporary residences, but East Harlem was always synonymous with home.

The housing projects her grandmother lived in seemed like the nucleus for her family no matter their actual location. Any danger attributed to the city was lessened by the familiarity and diversity that Harlem provided. The safety Faulkes felt did not stop her family from encouraging her to be as “tough, assertive, and outspoken” as the city was.

Faulkes’s family felt like a subset of that small-knit community in Harlem. The members of her family all exhibited tremendous strength, but as role models, they also demonstrated the different types of womxnhood that existed.

“My family is all womxn,” Faulkes explained. “We have three men in our family. We’ve always been known as strong and dominant. [Each womxn in the family is] very different. They all work in different types of fields and areas.”

As a first-generation college student, however, Faulkes did feel different from her family and friends back home because of what she had experienced on campus. Attempts to correct ignorance were met with conflict, but Faulkes is proud of what she has learned.

“I learned so much about myself, about culture, ethnicity and independence,” Faulkes said. “I learned how to be prepared for the real world and corporate America.”

Interactions at Lawrence taught her how to work with different people that she might not agree with, “respect, formality, professionalism, cordiality” and with community effort as the ultimate goal. Adjusting from being in the safe spaces at Lawrence to the competition in the corporate world will take some time.

“I’m able to be myself here,” Faulkes explained. “Lawrence is a little bit more accepting of individuality than the working finance world.” She said it is difficult to feel confident in the corporate world when the ideal image has been constructed around white men and expressing individuality that doesn’t match may not go over well.

During an internship experience last summer, Faulkes realized then how she didn’t fit into that image as a Black woman in a space with very little womxn or people of color. She insists there is no way to separate her from her race and gender, but it doesn’t stop the heightened sense of being different from occurring.

The worry Faulkes feels about her future is overshadowed by her determination to help. “It makes me feel really good to know that I can help somebody, so I’m really passionate about helping people. I enjoy learning and then helping someone else get that information. I always try to make specifically womxn of color feel beautiful in their own skin after [constantly being] told they’re not. I just want to support in any way I can,” Faulkes said.

Her foray into the world of finance is a strategic choice to help finance that passion. Faulkes hopes to combine her double major in economics and ethnic studies to continue her mentor work and, in the future, bridge the gaps that exist in society.

Senior economics and ethnic studies major Briana Faulkes. Photo by Sarah Navy. To identify as a womxn is to expect solidarity with others who identify the same way. The assumption that there is a universal womxn experience erases the nuances and variety that exists. This column seeks to address those intersections in an effort to…