Arcade Fire brings “The Suburbs” to the Windy City 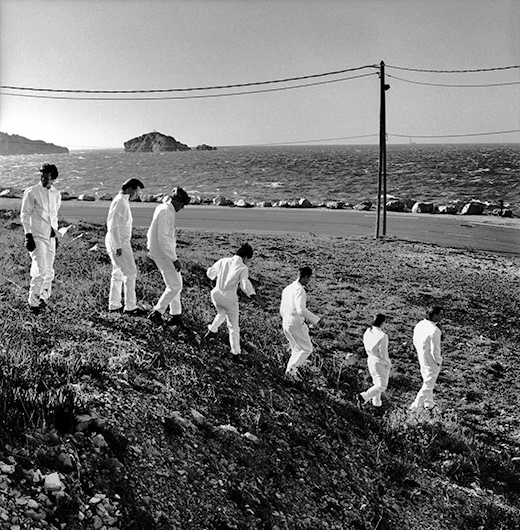 Arcade Fire played the first of three sold-out shows Friday, April 22 at Chicago’s UIC Pavilion. The Friday show was added after the two other dates sold out almost instantaneously. And on my third try, I was lucky enough to get a ticket.

Coming off an incredible year in which they returned from a three-year absence to release their newest album “The Suburbs,” Arcade Fire is ready to once again take over the music world. The band won the 2011 Grammy for “Album of the Year,” upsetting both Lady GaGa and Katy Perry, who were considered the frontrunners.

After winning, frontman Win Butler could say only, “What the hell?” It was a shocking win. The Grammys almost always reward a mainstream band or artist, and Arcade Fire’s victory proves that this could be fleeting.

The National opened the show, performing an hour-long set. In almost any other situation, The National would be headlining. This shows just how well Arcade Fire is seen among the music community. The National frontman Matt Berninger continuously thanked Arcade Fire for inviting them to open on the tour. And his graciousness was definitely legitimate.

Having seen The National several times, I found their set that night to be fairly standard. Still touring in support of their most recent album “High Violet,” the set consisted of mostly new songs, with some old fan favorites mixed in as well.

They opened their set with the slow ballad “Runaway,” which set the tone for the evening. With Berninger, it feels like he is constantly on the brink of breaking down. This is especially evident in songs such as “Abel,” in which his usual deep voice devolves into hysterical screaming.

At their core, The National is a band that constructs songs about finding their place as middle-class Americans. As such, they served as the perfect opening band for Arcade Fire.

When Arcade Fire took to the stage at 9 p.m., the crowd erupted. The stage became a drive-in theater as the band played below a protruding theater sign with the album title. Butler and company opened with “Month of May,” the surprisingly heavy new song from “The Suburbs.” In the song, Butler yells “Gonna make a record in the month of May.” It served as a great introduction not only to the new album but also to their set as a whole.

Their next few songs were mostly from their first —in my opinion, their best— album “Funeral.” The fans responded loudly to the familiar songs, singing along passionately with each one. It was nice to see that the fans in attendance were equally familiar with the older songs and the newer ones. Obviously, winning a Grammy has the potential to send a band skyrocketing in terms of success.

While each of Arcade Fire’s three albums has a specific feel to it, the band did a great job of blending the songs together. No song felt out of place — each one was clearly an Arcade Fire song, just with different reservations.

As it was the first time that I saw Arcade Fire perform live, I was simply amazed by the energy of the group. The octet constantly was moving around, switching instruments. Butler’s wife Regine Chassagne moved from keyboards to drums to front and center to sing. Throughout the hour and a half set, it was clear that the band loves with they do.

The band’s last few songs before the encore were their older classics. As they began their anthem “Wake Up,” the entire crowd screamed their lungs out with the band. When they left the stage, the crowd only got louder, eager for more music.

With three albums together and eight years as a band, it is clear that Arcade Fire is nowhere near quitting. A devoted fan of the band knows that he or she will have to wait years between albums, but the result is always worth it. I’m eager to see what Win Butler will be worried about three years from now on the band’s next album.