What do you DO all day? 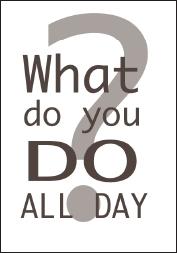 Aside from his position as Trever RHD, Roman Brusovankin also works in Raymond House 12 hours a week as the Residence Life Leadership Coordinator. He helps organize conferences, maintains the website, and works with the LUCC Residence Life Committee. His main project right now is Hall Council.
In his free time, Brusovankin enjoys reading and watching movies. “I’ve been watching a lot of the 2006 poker championships lately, and I like to play Ultimate Frisbee with the kids on Saturdays. It’s cool because a lot of the kids in Trever are into it.”
Roman lived in Russia until he was 18 and then attended Boston University, graduating in 2002 with a degree in molecular biology and biochemistry.
One interesting aspect of Roman’s college years is that he did extensive sexual neurology research on ferrets. He was also an RA for two years in a dorm of about 900.
After college Brusovankin worked for three years in the Japanese Exchange Teaching program. He lived in a small town in northern Japan called Akita that was bombed heavily during World War II, so “there weren’t many people between the ages of 18 and 50”.
His final year he was the prefecture, or overseer, of all the new English teachers in training. This job was similar to being an RHD, but rather than being in charge of a building he was in charge of a large residence area.
“You would be on call and have to drive six hours to go help someone. It is a job that requires you to be part counselor, part teacher and part director. It was a cool program because there were 100 of us from 13 different countries. You get to make lifelong friendships with people from all around the world.”
Roman jokes that another of the perks was that “I was the first person from school to make 3 million right off the bat …yen that is.”
He also fondly remembers, “One of the coolest jobs I had while in Japan was teaching a mentally and physically handicapped elementary school class. Definitely one of the coolest job experiences that I’ve had.”
While Brusovankin was in Japan he traveled to other countries in the area, such as Cambodia and Thailand, because it was cheaper to travel there than it was to travel around Japan. He also traveled to France, England and Israel in his college years.
About his position as Trever RHD, Roman says, “Our job here isn’t to chase people down that have beer, but to help build a community – ultimately to create a home away from home. Helping people build community is very important to me.”
Brusovankin feels the small size of the school leads to a larger sense of cohesiveness. “People here are very chill and nice. I like being able to get to know a large percentage of the people. It will be different, but I’m looking forward to it. 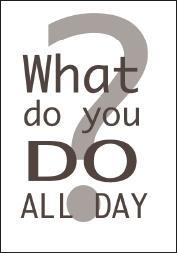