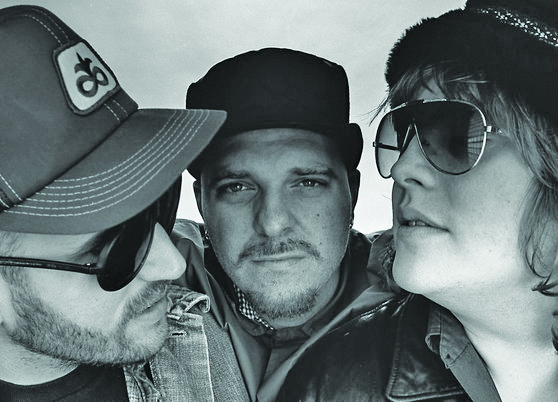 It is almost becoming cliché to label a jazz band as “unclassifiable” or “unconventional.” Most good contemporary jazz musicians have unique voices and defy traditional notions of classification; jazz musicians frequently collaborate with hip hop, classical and pop musicians and are increasingly distancing themselves from Wynton Marsalis and other critics of experimentation.

So it is not surprising that the jazz trio Happy Apple fuses elements of rock, jazz and countless other genres. However, as a result of Happy Apple’s laid-back and engaging demeanor, which is evident in both their comic stage banter and their expressive music, a Happy Apple show is a truly special, awesome — and dare I say, unique — experience.

Lawrence students had the pleasure of partaking in such an experience last Thursday evening April 28, as Happy Apple performed their first concert in six months at Harper Hall. While such lengthy hiatuses often result in loose, imprecise and perhaps even tense performances, Happy Apple seemed to relish in their long-awaited reunion. They indulged the audience with captivating music and humor, and sounded as tight as ever.

After the doors finally opened 30 minutes late — largely because Happy Apple had no time to rehearse prior to the show — the band came onstage to thunderous applause. However, they did not actually start playing for at least five minutes.

Instead, drummer Dave King sat down with a microphone and began what was essentially a stand-up comedy routine, a trend King and the other members of Happy Apple — saxophonist Michael Lewis and electric bassist Eric Fratzke — continued throughout the night.

They joked about topics as diverse as partying at associate business schools, the political loyalties of popular seafood chains and their insecurities about being called back onstage for encores. But while the audience welcomed their comedy, especially in a room normally reserved for completely serious recitals, the music was the highlight of the show.

The band opened with the ballad “Homage Richie Valens” off of their album “Please Refrain From Fronting.” King began the tune with a slow, quiet rock groove and after a few bars, Fratzke quietly entered with a quarter note bass ostinato. Lewis entered shortly after, and the tune slowly developed, though it remained understated throughout.

They followed “Homage Richie Valens” with “Rise! Marc Anthony,” which began with a hard grooving, up-beat melody centered on King’s pocketed backbeat. After finishing the melody, King and Lewis began a drums and saxophone duo, which gradually developed into pure musical energy, with Lewis wailing over King’s polyrhythmic, rolling cacophony of drum rhythms. The tune ended as Fratzke reentered and the band played the melody in double time.

The best part of the concert, however, was the penultimate tune, which Fratzke began with a slow eight-note vamp. Fratzke kept the vamp constant throughout the tune, and King and Lewis each soloed. After King ended a characteristically unbelievable solo, Lewis began holding out long notes and escalated his solo by playing more dissonantly and using growls and screeches.

Although his solo did not feature saxophone virtuosity, it epitomized Happy Apple’s essence: Happy Apple can play superficially impressive music, but it often communicates more profound ideas through groove, musical expression and energy. And judging from the violent head nodding and occasional yelling emanating from the nearly full Harper Hall, the audience was fairly receptive to this communication.

The band ended the concert with a cover of the Bruce Springsteen song, “I’m On Fire.” King and Lewis did a fairly good job with the vocals, while Fratzke impressively covered both the guitar and bass parts. It was an interesting way to conclude an experimental jazz program, but given Happy Apple’s unique and quirky vibe, it was not really too surprising.