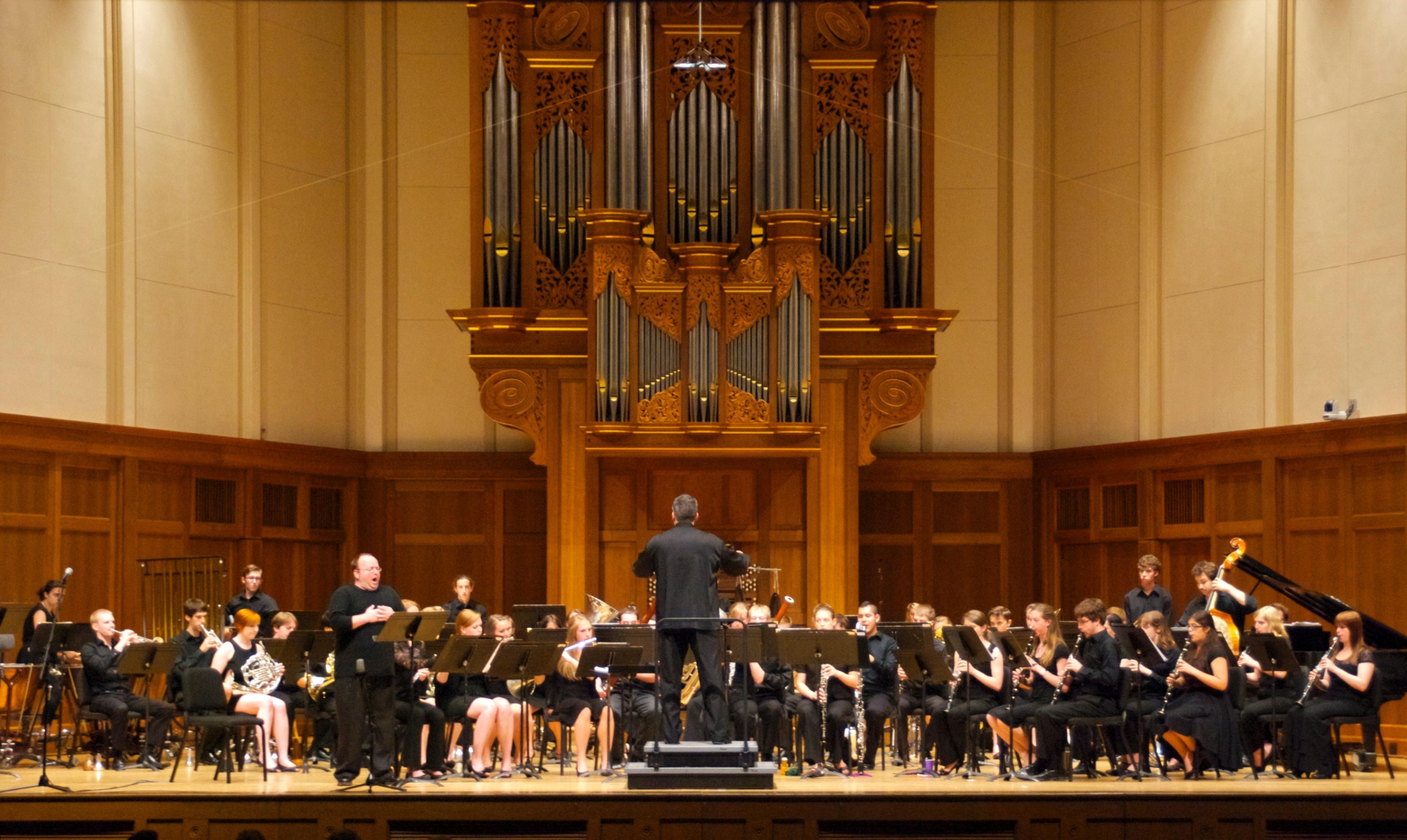 The success of an entire concert for an ensemble, however, does not depend solely upon a few select performers; an ensemble is only as strong as its weakest player. And all of the musicians played to a high standard of excellence to create incredible music.

The first piece, “Urban Requiem” by Michael Colgrass, featured the Lux Saxophone Quartet. As the name suggests, this work is a lament for the souls of the urban dead. According to Colgrass, he wished to depict the “tragedies and struggles” of cities as well as their “power and energy.” He chose the saxophone as the primary instrument because of its closeness to the human voice and because the saxophone grew out of cities.

The Lux Quartet played brilliantly and emotionally. I was alternately stunned by their technical prowess in fast, chaotic passages and moved by the many haunting, beautiful interludes. There were also parts when the music seemed to represent different ethnicities of cities by adopting their musical styles.

After Lux’s performance, Golter performed Carl Reinecke’s “Concerto in D Major for Flute and Wind Band.” His dazzling performance of this bright and brilliant piece brought the audience to their feet. The D major feel of the music created an elevating effect, and the entire work was quite lovely.

The last work on the program was Frank Ticheli’s “Symphony No. 1.” This dramatic and emotional piece showcased the musicality and power of the ensemble through its depiction of the self’s transformative journey from youthfulness to spiritual transcendence, featuring Steven Paul Spears singing the beautiful prayer for peace and hope in the last movement. Associate Professor of Music and Director of Bands Andrew Mast said that he chose to end the concert with this work as a celebration of the graduating seniors, who have grown both as musicians and human beings during their time at Lawrence.

In honor of their excellent playing, Wind Ensemble has recently been invited to participate in next year’s National Band Directors Conference. At the concert, Mast praised the graduating seniors for being the core leadership who have made this possible. After hearing these seniors play so exceptionally, I can only agree that the ensemble will lose some fine musicians, although I know that the rest of its members will carry on the ensemble’s commitment to a high standards.