When the music dies 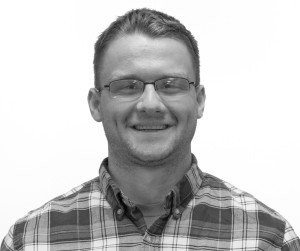 For a normal person, being able to create a budget and pay bills on time is essential to success. If a person racks up high amounts of debt or buys something that they cannot afford then fails to show signs of paying it off, their credit will be ruined. Unfortunately, the United States government does not abide by these societal norms. In the past few years, the government has racked up trillion-dollar budget deficits yearly, with a total debt surpassing $16 trillion. The borrowing capabilities are unlimited, the interest rates historically low and no skin in the game reveals the true reasoning behind the gridlock in Washington, D.C.

It is the responsibility, outlined in the United States Constitution, of Congress to pass a budget every fiscal year. Meanwhile, the executive branch is in charge of ensuring that payments are made. Currently, it has been the decision of the branches of our government to pass the buck on their responsibilities. What are the true repercussions of the United States government defaulting on its debt obligations? More than most people know, but with the clock ticking, it’s time you found out.

The most important aspects of the United States economy that are affected by the brewing crisis are interest rates, borrowing abilities and the phrase, “The Full Faith and Credit of the United States.” The reason you use dollar bills to pay for groceries, gas and every other essential need is because there is a certain level of trust that they will always be accepted. The United States decided decades ago that the gold standard was not their cup of tea. Their word was good enough to ensure all payments domestic and foreign. However, after trillions of dollars of debt have piled up, many lenders abroad have reconsidered their enthusiastic buying of United States debt. A default will just confirm the departure of potential lenders.

The biggest worry is the potential skyrocketing of interest rates in response to a default. This process will be in motion way prior to an actual default occurring, as companies will begin dumping all U.S bonds in the coming days. The reasoning behind this is that following a default, all bonds held will be untradeable. This will cause interest rates to increase and consequently a significant drop in demand for consumer and producer loans. High interest rates equal a lack of borrowing and increased risk for personal defaults. These are only a couple economic issues that will arise starting Thursday.

We, specifically students, have consistently decided to turn our heads the other way from anything that has political implications. We have feared the alienation and mockery for speaking our minds. Our generation has reached a scenario that holds implications for us all and must be carefully studied in combination with proactive solutions. While the intolerance and stubbornness we witness from what we believed were our most trusted individuals may seem obnoxious, the consequences are too dangerous to play games with. If you’re not willing to stand for something at this point, then you’ll fall for everything.