Cartwright’s committee on cirriculum: The liberal arts degree and careers 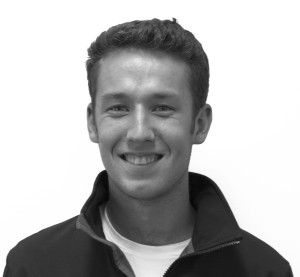 The seniors of today can’t help but worry about their future careers. Every day, the media inundates students with the notion that absolutely nobody stands a chance of finding a job. And in the mix of soaring costs of higher education, the value of the liberal arts for personal careers has been publicly thrown into doubt.

Liberal arts colleges like Lawrence have reacted to this worrisome discourse in two forms. First, many liberal arts colleges have tried to portray their educational product as having a “deeper value;” leaders often point to the flexibility and well-roundedness that is required of businesspeople needing to maneuver in tough economies. Second, institutions also try to redirect their programs to seem more career-friendly to prospective students.

At Lawrence, I have witnessed both processes take place. Whether in a speech from President Burstein or in materials floated by Career Services, Lawrence has certainly tried to better communicate what a Lawrence degree has to offer. I really applaud these efforts. I also admire some of the programmatic changes that have occurred at Lawrence in my three and half years.

For instance, I think the Innovation and Entrepreneurship program is a sophisticated way of delving into a theoretical area of economics and related disciplines and connecting it directly to practical applications. An older example is pre-medicine, which is one career area where Lawrence has consistently found ways to foster intellectual scientific inquiry while promoting the growth of the medical field.

While I believe these instances are areas that we should be proud of as an institution, I also believe that they mark certain inequalities in Lawrence’s curriculum. Specifically, there are departments at Lawrence whose curriculum offers students varying levels of preparedness for a career after Lawrence.

Let’s pause. If you understand my previous statement, you recognize its blatancy. For the entire existence of American higher education, people have argued for and against the value of certain areas of study based on qualities of career viability or intellectual significance. Just this past weekend, a visiting alumnus mentioned to me that he did not think Lawrence should waste its academic energy on Classics, art history, or anthropology. He argued that some majors simply don’t lead to useful skills in the future.

My view is that this perception is not a matter of intellectual worth. It’s actually based on differing curricular styles across Lawrence University. Economics professors know that they probably teach future finance-sector businesspeople, so they teach the discipline using skills and ideas that they know economists and business leaders alike must understand. By contrast, history faculty, while aware of what history majors tend to do, may not have a natural way to tie history to career preparation.

In these situations, it is up to the university to work hard to create secondary ways to enable all academic programs to help give students natural ties to various career fields. Like Innovation and Entrepreneurship has done in economics and physics, special programs in areas like history could provide students concrete pathways to areas like consulting, marketing or law. Where historiographical skills are necessary for academics, we need more work to tie those skills to practical careers.

One example I like to point to is how anthropology and psychology build a great set of qualitative skills alongside quantitative analysis abilities. These research skills are coupled with creative skills in the areas of data presentation and storytelling. Unfortunately, faculty don’t typically push these ideas into a business or non-profit setting. Instead, senior experiences tend to reflect traditional disciplinary focuses.

Imagine if, rather than doing cognitive psychological research on visual memory, a senior took the time to partner with a digital marketing firm to do market research on human-computer interaction. Would that be accepted? More importantly, would it be encouraged by faculty?

Each year, we “ooo” and “ahh” over things like the Innovation & Entreprenuership program or the high percentage of Lawrence alumni starting their medical residency, but we don’t try to think of ways we can replicate such success in every area of Lawrence. If Lawrence intentionally ties each area of the liberal arts to business possibilities, I believe that students will feel more confident and less lost at the end of senior year.