The Paradigms of Friendship 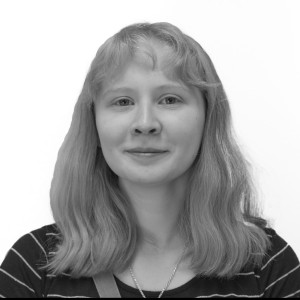 Friendship is the best medicine a poor college student can afford, and at Lawrence, friends often come bundled together as a clique. A few weeks ago, I managed to sprain my ankle in a stunningly pathetic show of how not to use a sidewalk. For the next week, my sleep-deprived roommate woke up early to drag me to my classes. Without her help, I would have been juggling my textbooks while hobbling along to Main Hall on my crutches.

College students need friends, if for nothing more than the sake of practicality. However, friendship is hard to bring with you. Few of your high school friends choose the same college as you, unless you attend a large state school. Even then, seeing them often is no guarantee. Thus, going off to college forces you to acquire entirely new friends and reevaluate how to handle friendship and friend groups.

Lawrence is rather clique-y in regard to friend groups. Somehow, it has accepted the challenge to be more clique-y than my high school. Now, cliques are not necessarily wrong, and the cliques at Lawrence are certainly less abhorrent than those in any given high school-set melodrama. Our cliques may be numerous, but they do not antagonize each other. While Lawrentians like their cliques, friend groups here do not war with each other or reject new recruits. My friend group is snarky and apathetic, but they support me when I need them. They poke fun endlessly, but they would never be outright spiteful.

This sort of tough love can drive away or draw in Lawrentians. Several freshmen have come to me for advice about transferring. In every case, they cite the social situation as their sole reason for wanting to leave, or their only reason to stay. Despite this, those who dislike cliques tend to survive.

Lawrence also lacks the high school labeling that accompanies cliques. Rarely can Lawrentians fall into such stereotypical groups as “jocks” or “nerds,” probably because we’re all at least nerds. A division does exist between musicians and non-music students, but this does not prevent friendships from forming between those groups. Mostly, it just leads to awkward lulls in the conversation where the non-musicians try to remember what the circle of fifths is.

While cliques at Lawrence may exude a façade of exclusivity, the groups are more or less permeable. A few weeks ago, a guy none of my friends or I know sat down with us at a meal. He did not introduce himself, nor did we introduce ourselves. The meal went on as normal, he spoke little and left. We still don’t know who he is.

Although this is hardly a shining example of how to receive a stranger, we gave him the cold shoulder out of confusion rather than malevolence. Lawrence has its unspoken social code, just like everywhere else. My friends bond over our mutual social awkwardness, and none of us knows what to do when someone breaks a norm. We do not mean to exclude anyone, but we haven’t a clue how to include people, either. It’s certainly possible to belong to multiple groups on campus, but the boundaries can be unclear.

The positive outcome of our clique-y culture is that Lawrentians look out for their friends. College is not a solo adventure, and you need close friends to get through it. Friendship also becomes more complicated in college. Your friends live a block away from you, if not in your building. You live with your friends and you see their flaws in all their complexity.

Because of this, you can grow closer to your college friends in just a year than high school friends you may have known much longer. This does make friendships difficult and complicated, but also close-knit. Changing how we view friendship is one way college prepares us for “the real world,” and we need to cope with the social structure we exist in. If you do see hurtful clique behavior, contest it, but also take the time to appreciate that your friends are wonderful, imperfect humans.