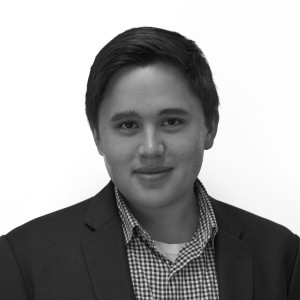 I am a Christian and my roommate is an atheist. We have so far been very friendly with each other and haven’t discussed our beliefs much, but she often makes passing comments about religious people being unreasonable and unintelligent, which tend to offend me. I understand that part of being a liberal arts student is being open-minded and respectful of others’ opinions, but I don’t know how I can personally tolerate it when my beliefs are being belittled so often. What should I do?

It’s clear that you are not the one who is being closed-minded when your roommate makes these comments. It in fact highlights an epidemic of a particular closed-mindedness—in my opinion one of the most serious and underestimated problems at Lawrence.

The problem with your roommate is that her views are unchallenged in Lawrence’s fairly liberal environment—and I’m not going to ignore the fact that atheism is often associated with a liberal mindset and a rejection of conservative beliefs.

When anyone’s beliefs remain unchallenged, they tend to solidify and intensify to the point where they become unmovable and non-negotiable components of one’s identity. It happens with liberals, conservatives, religious people and atheists alike.

Those who allow themselves to fall so far into this ideological isolation become so attached to their beliefs that they lose the ability to be empathetic and reasonable regarding those of others. Once this happens, they really aren’t capable of having productive discussion. Your roommate is an example of that—she most likely doesn’t intend to offend you, but is so buried in her own beliefs that she can’t even realize that her petty comments are insulting others.

Atheism can be a particularly good medium for this to happen. There is nothing reasonably wrong with atheism at all, but like any belief, it can quickly become fundamentally about the rejection of other beliefs rather than the actual affirmation of truth or faith itself.

I would advise you in this situation to be as empathetic with your roommate as possible. There’s the possibility to be confrontational, but when you are possibly dealing with someone who is not yet ready to consider your thoughts and emotions, there’s not much good that can come from that.

Being empathetic will accomplish several things. First of all, you’re treating your roommate with the respect that you want to be shown. That’s always a great mindset to take when you’re dealing with possible conflict as it sets a good example for the other and allows for equal and respectful communication.

Furthermore, it’s going to help prevent you from responding emotionally. If you ignore the comments and don’t deal with them internally, your frustration and anger is going to cause you to eventually lash out at your roommate, which I guarantee will cause more problems than it will solve.

Most importantly, you also have to be constantly aware of your own closed-mindedness. Are you saying things about your faith that could be offending her? Are you acting as though you have all the answers? You can’t criticize her as someone who’s being closed-minded without being equally critical of yourself.

You also have to consider that you are not responsible for “fixing” her way of thinking, either. She’s responsible for that. You can set a good example for her, but you’re not going to eliminate the problem. We are responsible for our own empathy, and making sure you’re constantly challenging and questioning your own beliefs is crucial if you want to share them in a respectful and productive way.

Burning metaphysical questions, annoying roommate problems or other random thoughts? Email william.e.doreza@lawrence.edu if you’d like to be advised in next week’s issue.