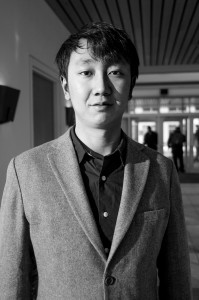 In the heat of the summer of 2012 in Chongqing, China, Xiaoting Liu, now a junior at Lawrence University, was sweating for reasons other than the weather. He was applying to get his Financial Risk Manager (FRM) certification and working with China Galaxy Securities to raise money for his undeveloped company.

Liu’s company, Paideusomen, provides Massive Open Online Courses (MOOCs) to several schools in China, including Bashu Middle School and five “Hope”  elementary schools in Chongqing, China. These schools aim to provide better education to students in the countryside with limited resources and opportunities. Liu had taken some courses through an alternative MOOC program before, which he enjoyed so much that his initial idea was to popularize Coursera in China.

The name of Liu’s company, Paideusomen, comes from the Greek word ‘paideia,’ meaning ‘education.’ From August 2012 to January 2013, Liu spent almost half of his gap year accumulating money and forming ideas for his new company.

Liu said when he built his team in 2012, he was looking for talented, unique young people. “The youngest board member is only 16. I am the oldest,” he said.

From May 2013 to July 2013, Liu was looking for various unusual and interesting people to be the teachers of his company. These people are either his friends or popular people online, but they all have very unique backgrounds and special talents.

“[So] we eventually decided on providing interesting MOOCs, inviting the online popular culture icons to be the ‘professors,’” he said.

Liu saw that he got better feedback about his courses from the five “Hope” elementary schools, which are located in the countryside of Chongqing. He believes that learning through technology via the online courses is especially helpful for the students from the countryside to develop skills to pursue a better career in the future.

Liu said breaking down the stereotyped role of “teacher” and “learner” is the crucial part of Paideusomen. “In some sense, our company is more about providing a platform for the teacher and the learner,” he said. “Teachers and learners are both the users of this platform, so in this sense, they are equal.”

Liu believes, “At least for a comparatively long period of time, online education may only be able to make traditional education better, in terms of increasing the width and varieties of current courses in higher education institutions and current knowledge systems.”

Liu thinks the whole idea of building a company like Paideusomen is quite utopian. “We are very seriously doing very unserious things,” he comments. “It is very interesting.”