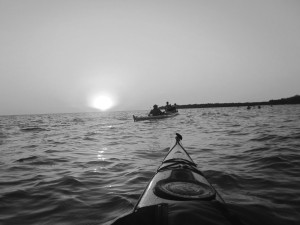 At the beginning of each Spring Term, the dining hall becomes flooded with the same series of questions: How was your spring break? What did you do? How was that? For a large portion of students, the answer involves the trips orchestrated by the Outdoor Recreation Club, more commonly known as ORC.

Appleton, Wisconsin provides students with a windy, cold winter. For the ten brutal weeks fondly referred to as Winter Term, we spend all of our time cooped up inside, studying away, and making every possible effort to avoid the many polar vortexes that hit campus.

As the weeks of winter pass by, students dream of warm weather and of the days when they could spend time outside without wearing seven or eight layers of clothing. When Winter Term finally comes to a close each year, students desperately search for an outdoor location to spend their spring break week away.

The Outdoor Recreation Club has helped students to have a fulfilling break from both the academic stress of Lawrence and the cold weather of Wisconsin. ORC provides a great variety of trips at an affordable price for the typical college student’s budget.

This past spring break, ORC provided eight trips to seven different states. The trips’ locations included, but were not limited to, Palo Duro State Park, Texas; The Ozarks in Arkansas, and Moab, Utah.

The trips involved a number of outdoor activities including backpacking, mountain biking, kayaking, and skiing. Each of the trips was lead by one or two Lawrence students.

One of the trips was to the Everglades and Key Largo, Florida. Twelve Lawrence students spent six days kayaking on the barrier islands and mangrove swamps. They also camped on Key Largo at John Pennekamp State Park. Before arriving back to Lawrence, the group spent an afternoon touring Mammoth Caves National Park in Kentucky.

Henry Chesnutt, the 2013-2014 president of ORC, described the trips as having “a diverse make-up, nonstop hilarity, and exposure to sometimes intense backcountry scenarios.” Students on the trips “gain outdoor skills, make new friends, and they may learn something about themselves.”

As a graduating senior, Chesnutt has been attending the ORC spring break trips since his freshman year. He remembers the trips as one of his favorite memories as a Lawrentian, and is “more than a little distraught” to have just completed his final ORC trip.

As fun as it is to go home, visit the family, work a little bit, and binge-watch “Game of Thrones,” consider attending one of the ORC spring break trips next year. After all, Chesnutt said that the trips are “a pretty cool thing to be a part of.”