Convocation: beyond the views of the majority 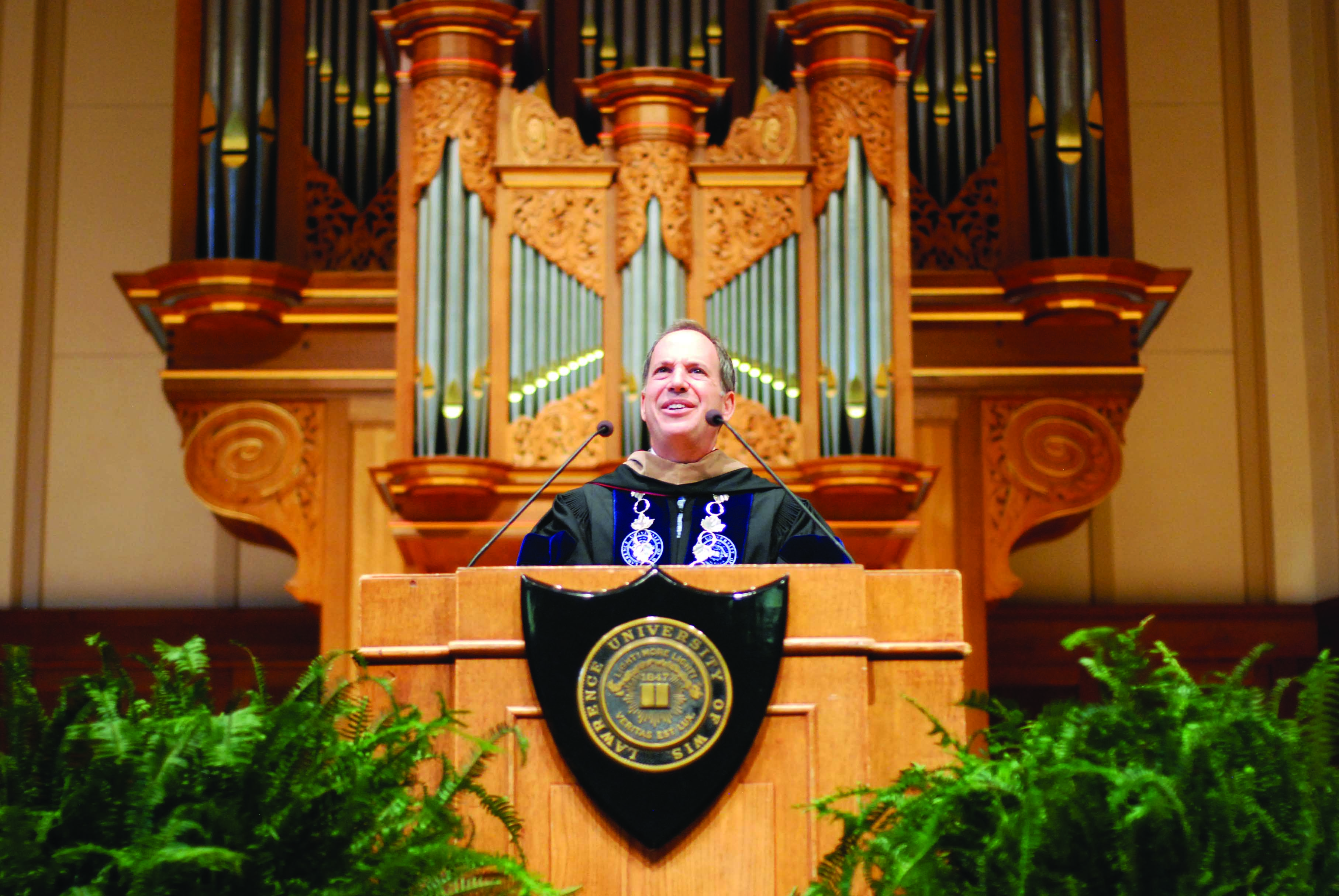 President Mark Burstein established the tone of Lawrence University’s 166th academic year at the Matriculation Convocation on Thursday, September 18, with a challenge: to listen to views beyond those of the majority.

The convocation, entitled “Sustaining Dialogue: Educating for a Diverse Society,” is the first of several in the 2014-15 convocation series. Burstein’s speech focused on the responsibility of universities to encourage many different opinions.

“A Lawrence education should prepare students for more than career success,” he said. “Are we a place that invites a range of opinions?”

Burstein explained Lawrence’s past openness by referencing a speech given by American Nazi Party founder George Lincoln Rockwell in 1967. Rockwell was invited to campus by students and, despite protests, administration still allowed him to speak.

The “tendency to reinforce” whatever is popular “does not teach us how to listen to views that are unfamiliar or disturbing,” Burstein said. “It is enriching for us as an institution to have more of a diversity of thought on campus.”

Burstein’s idea grew from a series of canceled commencement speakers at various universities, including former U.S. Secretary of State Condoleezza Rice and former World Bank president Robert Zoellick, some due to student protests.

Associate Professor of English Timothy Spurgin introduced Burstein prior to his speech with the help of the words of a few students. Student opinions ranged from being grateful for his “genuine investment” in students to comparing Burstein to the “coolest kid in school” when he makes an appearance in the dining room.

This year was Spurgin’s first time on stage as a featured part of the Matriculation Convocation. “It was great to be so close to the singers,” he said.

Associate Professor of Music and Teacher of Viola Matthew Michelic was one of many faculty members who attended convocation. He said that he “really enjoyed the challenge it brings to us” and that convocation “set a wonderful tone for us” for the upcoming academic year.

“Initially, everyone was like ‘what is he talking about?’” he said, “but it leaves the school year open in a way.”

In regards to the event as a whole, Burstein said that he was “very pleased so many people came out” to listen to this convocation and that he hopes high attendance will continue.

“It was really a pleasure to start the academic year,” he said, adding that campus is “a little boring during the summer” with most students gone.

His challenge of openness of thought will continue throughout the 2014-15 school year as various speakers visit Lawrence.