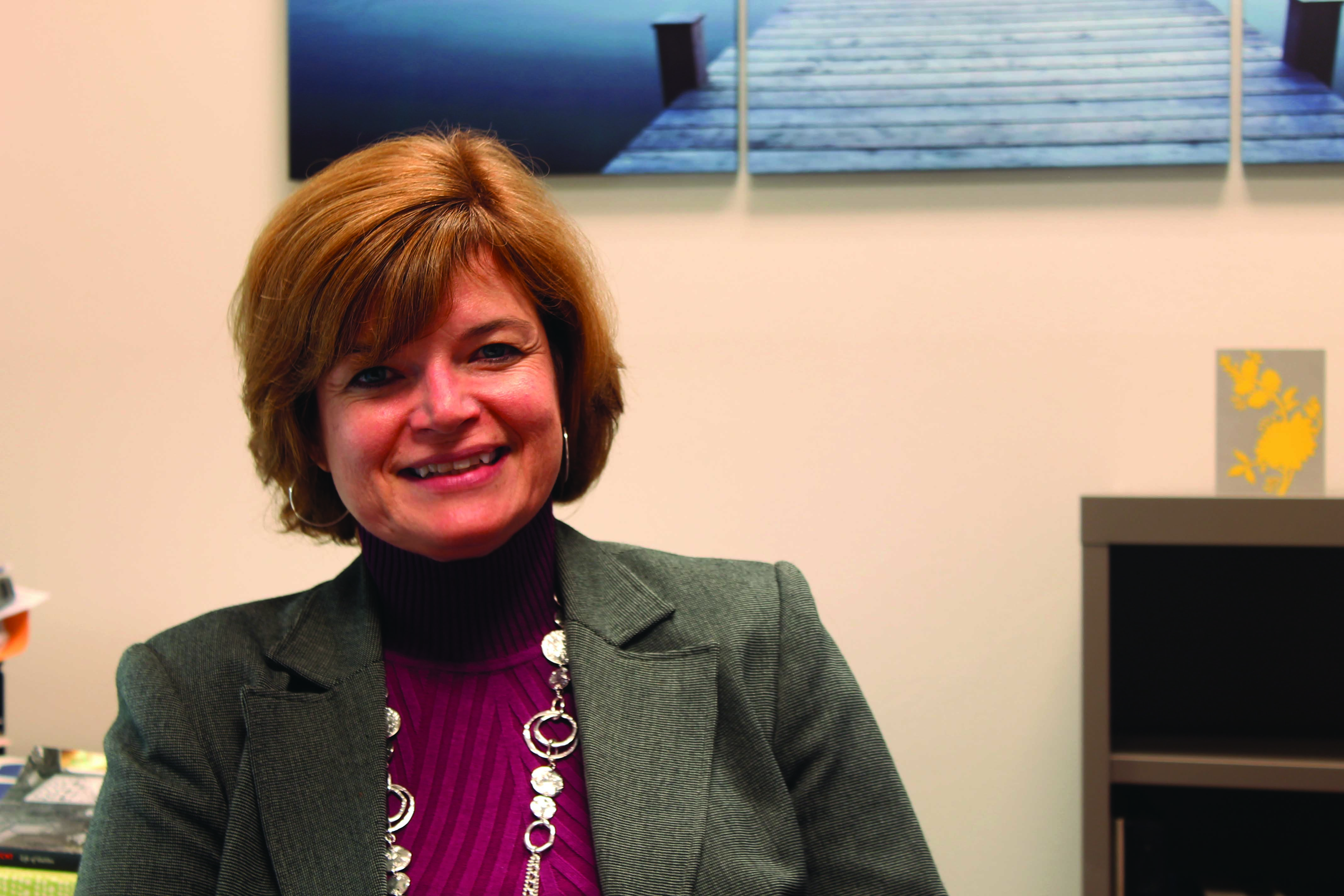 At one point or another, many students, throughout their time at Lawrence, will face academic challenges. Whether it’s flagging grades, a lack of motivation or a problem with perfectionism, it can be hard to figure out how to fix the problem on your own. This is where Kate Frost, Lawrence’s newest addition to the Student Academic Services department. comes in. As the Academic Success Coordinator, a position created specifically for her, Frost helps students maximize their academic success and get to the root of what’s stopping them from doing the best they can.

Frost has no shortage of qualifications, working extensively in the field of academic success before coming to Lawrence this past April. “I graduated from Rutgers out in New Jersey, and ended up [doing] my graduate school work at Arizona State University (ASU),” Frost explained. “I started as a TA in the English department, my graduate work was in English, and I started teaching. I started getting very interested in student success and the complexities of issues that are involved with that and I started working in the college of liberal arts and sciences at ASU.”

A large part of Frost’s decision to work at Lawrence was a desire to get back to her Midwestern roots. After looking at several other schools in the region, Frost felt that Lawrence was the right fit for her. “I love the commitment to students here, that there’s such a connection between students and faculty. You don’t find that everywhere.

It’s a really special thing,” she explained. While she still feels like she’s getting the lay of the land, Frost is looking forward to the coming year. “I’m really excited about the course I’m teaching. It’s a three unit course offered for the first time this fall, and it will probably be offered again in the winter and the spring. It’s called Investigating Academic Success, and right now we’re exploring theories of learning and student success together, and working on making connections between those theories and our own lives. I was using a similar curriculum at ASU, and students who took that course were scoring .8 higher on their GPA, on average, than their peers who had not taken it, and some of those students were on their way out, they were on strict probation, and a lot of them stayed, which makes for a really exciting job.”

The types of students that Frost sees runs the gambit from conservatory students with performance anxiety to students who are struggling academically for any number of reasons. Frost has a commitment to treating every student as an individual with an emphasis on really listening to what students have to say.

“Every student comes in with a different set of circumstances, so I strongly believe that you can’t just paint students in general with a broad brush and help them solve a problem, you have to understand the problem before you can help them solve it. It’s a lot of listening in the beginning, then I try to ascertain what tools in my toolbox will be useful to them. If it turns out its motivation, you know, there’s a lot of reasons why motivation lags at times, and trying to figure out why they lost their motivation is imperative to solving the problem. Maybe their interest in music is flagging, maybe they’ve moved so far away from some of their core values that their goals no longer make sense to them, there’s all kinds of reasons. Every single student talks about different things every single time, it’s never the same appointment twice.”

Frost encourages any student who is questioning whether or not they’re fulfilling their full potential to send her an email and make an appointment, advising that a key to success is interdependence. “[Interdependence is] a concept that’s different than independence, independence being [the idea that] I’m not taking help from anyone, I’m going to do this by myself. Interdependence is the understanding that absolutely everyone builds a team in order to be successful. I want to leave students with the idea that they’re building a team when they reach out and use the resources on campus or elsewhere, that they’re building the best team possible to help them be successful.”