Art on the Town: A colorful Fantasia with multiple themes 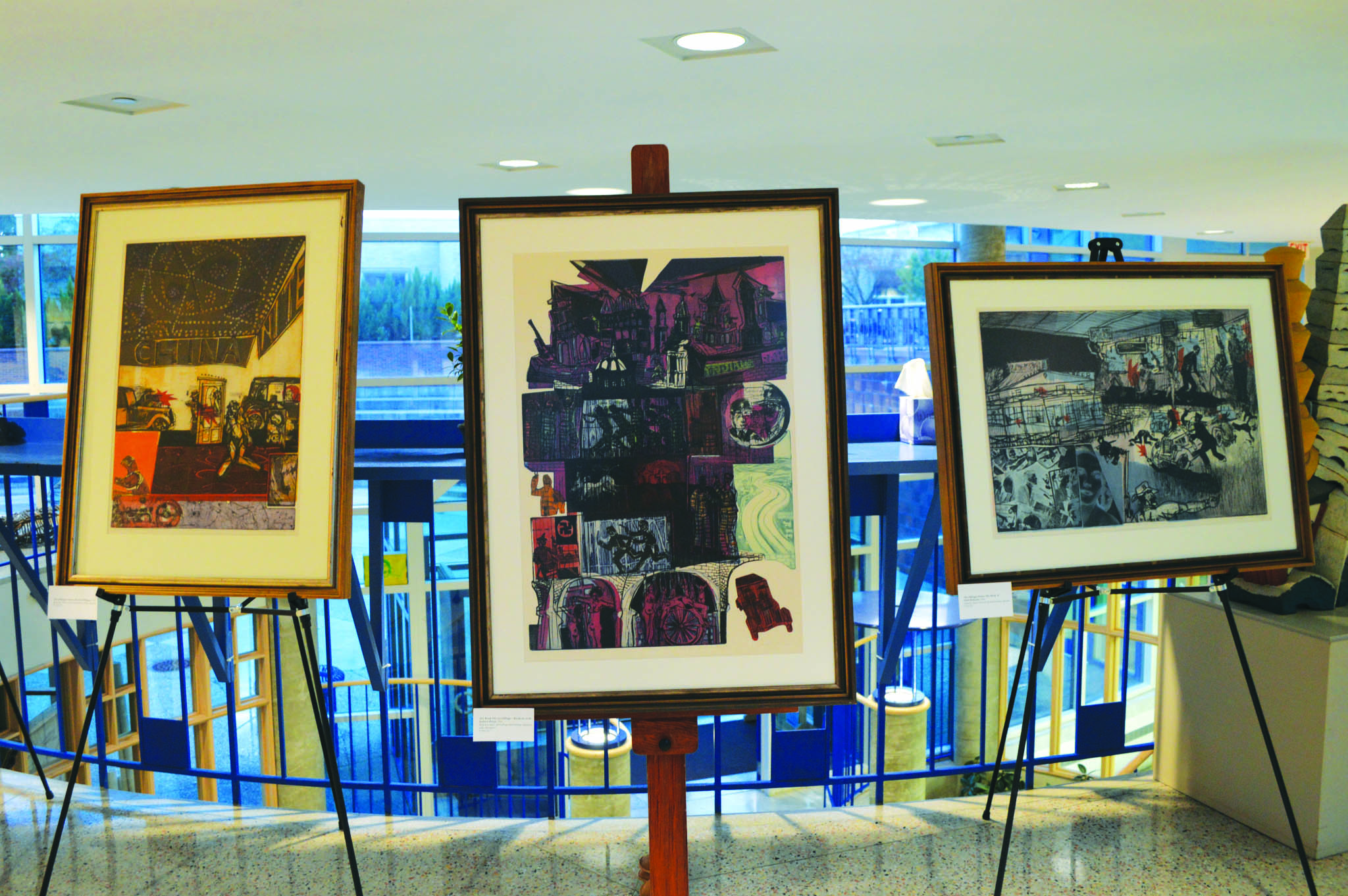 Johnny Depp was right to not portray him flamboyantly in Michael Mann’s 2009 film “Public Enemies.” This is not Warren Beatty’s Clyde Barrow or Robert De Niro’s Al Capone, willing to mug for the camera, give monologues and kill with style. No, this is a man who does his job, refuses to say twelve words when one will do, and kills with grace. This is a pure criminal.

Art on the Town (for those of you that came in late), is a new event in the city of Appleton that features art. Be it from our own Lawrence students or citizens of Appleton themselves, their art is exhibited in public for all to see. The goal of this event is to showcase the various artistic talents of Appleton, and to encourage artists, whether they are already working or just starting out, and let them get their work in front of the public’s curious, eager eyes.

There’s a lot to see here: sculptures, photos, though alas, no installations. What’s really on focus though, are the paintings. That’s when some of the really cool stuff appears. A piece titled “Sunday Services” depicts Packer Season complete with the tailgating, cheeseheads, and carnage that all entails. The aforementioned Dillinger series combines the visceral with cubism and surrealism to dizzying effect. A black and white painting from the 60s depicts the civil rights movements, and also scuba divers (symbolism, naturally, for dread). One painting, titled “The Great Moon Trip,” contrasts a variety of styles to show the transcendence of space in contrast with the mundanity of earth, with excellent use of color.

My favorite work, though, is perhaps the most traditional, and the most subtle. The most obvious example of a good painting, maybe, but still worth the time to see. Titled “Prairie Artifact,” It’s half a woodblock, carved of scene with buffalo and hunters at chase as birds fly across the air, the clouds are a variety of colors and the ground is shades of amber red. The buffalo wander away, and even I must now too. That’s the point of Art on the Town, of course. To wander and see everything on the wide range.