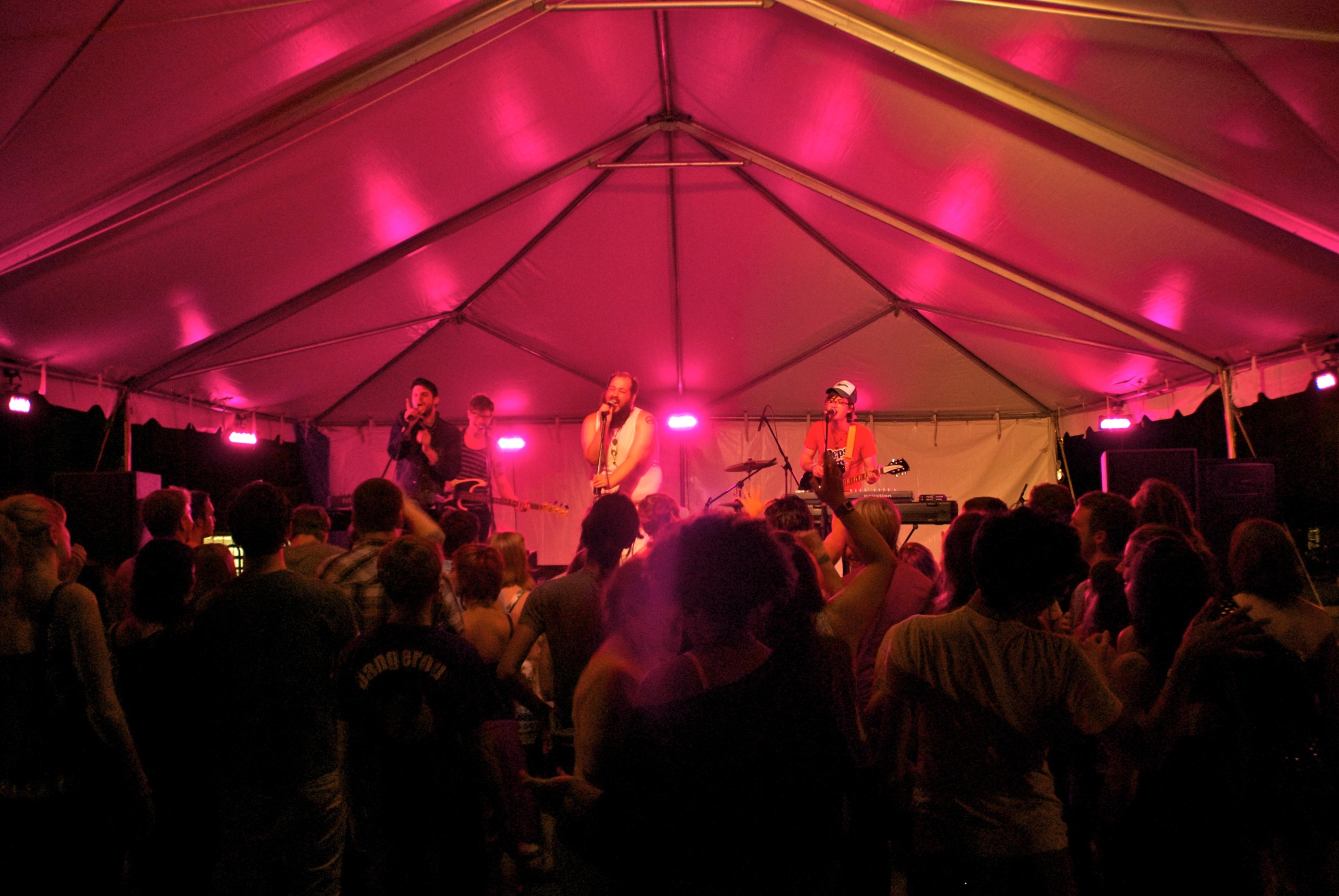 Lawrence students spent last Friday and Saturday dancing, tanning, and enjoying the live music of the fifth annual LUaroo two-day music festival with temperatures in the ’80s and barely a cloud in the sky.

Student bands The Debutantes, Dilla Gents, Mike Pope and the Papal Schism and professional headliners Papadosio and Stepdad were just a few of the seventeen bands who performed in the Quad.

Modeled after the four day long music and arts festival, Bonnaroo, which takes place in Tennessee every June, LUaroo has been taking place at Lawrence for the past five years as a way for students to let loose before the craziness of finals kicks in. As Lawrence’s “only two-day-long party,” the event has gained more and more popularity through the years.

Senior Peter Mohr, headman of the event for the past three years, described the weekend as the “best of his entire life.”

He revealed that planning for the event began as early as January, with student bands e-mailing him about their possible participation in the event. With more than 40 student bands expressing interest, and only fifteen spots available, Mohr took a different approach to this year’s selection process.

Mohr showed up at the rehearsals of the bands that applied, and looked for diversity in music style, musicality, and senior-led groups that would not have a chance to perform at LU-aroo after this year.

Stepdad, the professional band that led the finale of the concert, from 9 p.m. to 11 p.m. on Saturday, was originally expected to come Winter Term with funding from the Band Booking Committee. Due to conflicts, the event was cancelled, and BBC approached Mohr about moving the performance to LUroo and Mohr quickly accepted the proposal. “LUaroo would be the perfect venue for Stepdad to perform,” said Mohr.

Mohr even admitted that he listens to Stepdad “at least four times per week.”

Said Laven, “We play classic old hits that might not be initially popular with the student body, but if we can give them a modern twist, we hope that people can appreciate them.” Some of these hits included Lipps Inc.’s “Funky Town”, Marvin Gaye’s “I Heard it Through the Grape Vine” and Diangelo’s “Brown Sugar.”

“Annie Don’t Wear No Panties,” originally sung by Erykah Badu, has become one of the band’s signature songs and a favorite amongst the Lawrence community. Laven believes it has become such a hit because “everyone either knows someone or has experienced the joy themselves of not wearing any panties.”

Laven revealed that for her, LUaroo is “everyone enjoying the music, and that’s what it’s all about.”