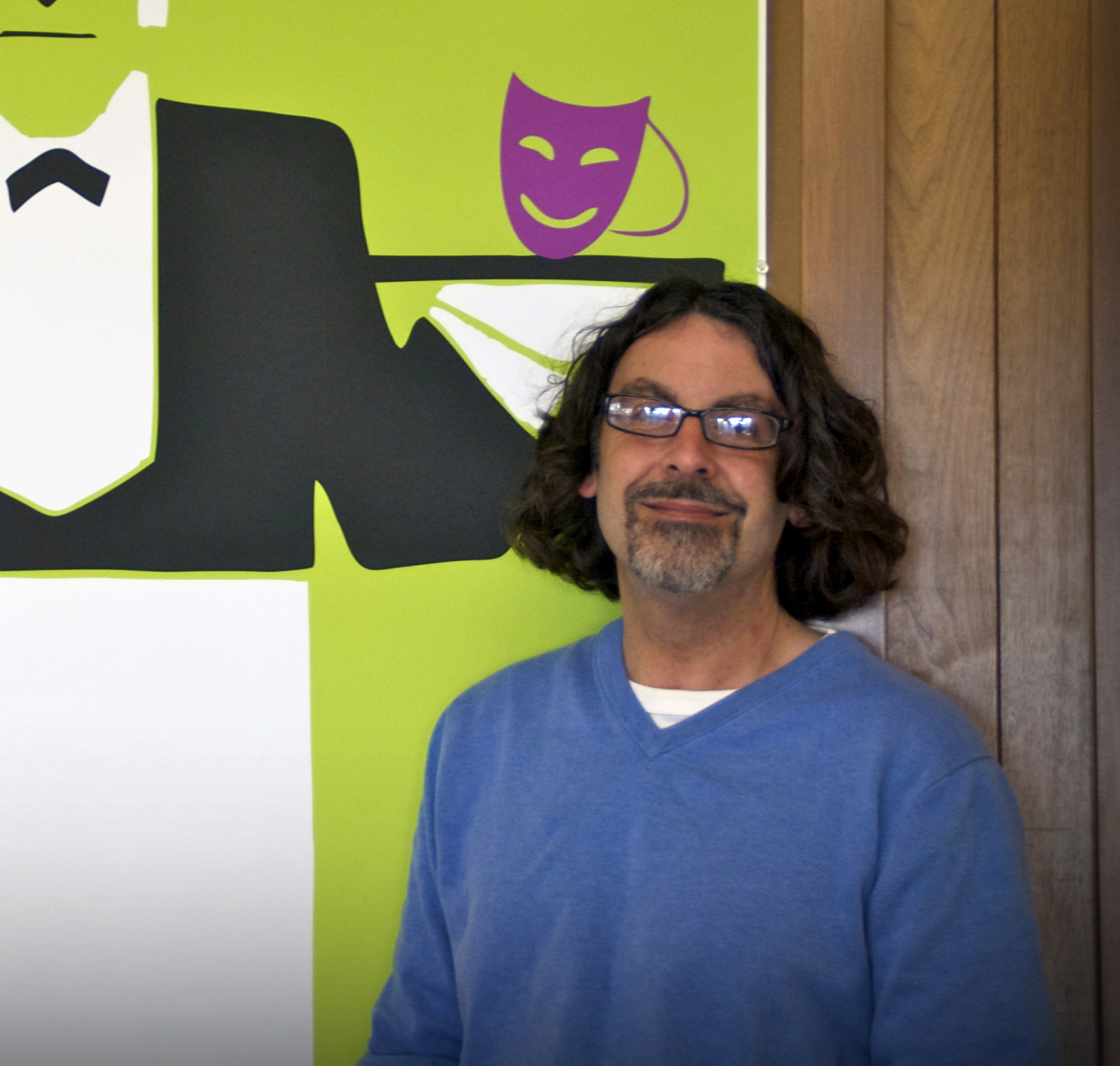 Professor of Theatre Arts and J. Thomas and Julie Esch Hurvis Professor of Theatre and Drama Timothy X. Troy is a 1985 graduate of Lawrence University with a student-designed major in modern intellectual history. He was consistently involved in theater throughout his time at Lawrence and already knew then that he wanted to be a director. He received an M.F.A. in theater arts and directing from the University of Iowa, and was a theater and drama lecturer at Lawrence for three years before returning in 1997 to take a permanent tenure track position. During his career, Troy has directed over 100 plays and musicals. He also enjoys teaching Freshman Studies, and received the Freshman Studies Teaching Award in 2004. His lecture at the April 5, 2011 convocation titled “Unexpected Collaborators: The Geniuses Among Us” focused on the importance of collaboration in a professional setting and highlighted Troy’s own experiences with collaboration throughout his career in theater.

RY: What is your favorite aspect of teaching at a small school like Lawrence?

TT: I went here, which was a while ago. However, the values of the school are the same, the mission of the school is the same. I believe in studying theater through the liberal arts. It’s the appropriate place to study theater because theater is not just about theater. It’s about literature and psychology and subjects that our whole education asks us to consider and respond to. I like that my students are serious about theater, but that they are studying other things as well. I think it makes for thoughtful actors who learn very good habits in terms of having a lifetime of growth and exploration. Lawrence students are smart, which makes it easy. I love that I don’t have to spend any time convincing people that they should engage in their educations. I am a strong believer in our Freshman Studies program, and I think it’s one of the best things that we do for each other. I also like that we’re small enough that I really get to know my students and watch them grow over time, from Freshman Studies to seniors who are doing very sophisticated senior projects and are ready for the next step.

RY: How does having the conservatory available enhance your work as a director?

TT: As the opera director, I’m working with the conservatory all the time… for musicals as well. I think it adds so much to the campus. We have a very high-quality level of music that we all get to listen to and appreciate. In terms of what I do in theater, I think there are a lot of students who are used to discipline and process, and being involved in music is good for that too.

RY: Should all students take a theater class while they are at Lawrence?

TT: Well, of course! Part of what we do is build audiences, so I want to have non-majors in classes too who will go a little deeper and will continue to be informed audience members after they leave Lawrence. Intro to Theater is a survey class, and you don’t have to be an actor to appreciate all of the aspects of theater. Certainly the acting curriculum is useful in instilling good performance habits, which happen on stage, but also in public speaking as well.

RY: What is your favorite play?

TT: I’ll give you a short list. My favorite Shakespeare play is “The Tempest,” which is in the Freshman Studies curriculum right now. That will be performed in the spring. “Hamlet” I also really enjoy. There is a play by Bertolt Brecht called “Galileo: The Life of Galileo” which was a really important play for me as a college student. It was one of those plays that a young theater artist reads that just really inspires you to do theater for the rest of your life. It was that for me. It ended up being my MFA thesis in graduate school, so it really did stick. I like it because it does so many things well — it gives a good sense of the character of Galileo, it’s a good reflection on history and it’s rich and can sustain many readings over many years.

RY: Do you write plays yourself?

TT: I do. The story of my artistic life is as follows: I decided I would direct as much as I could, as widely as I could and with the best literature I could get my hands on professionally. I was chasing a repertory, doing the best plays. I decided around my 40th birthday that I would shift from directing so much to playwriting, and I’ve done that. On my 40th year I had my first show at a theater in Milwaukee. It hasn’t been giving up directing and taking up writing, it’s just been shifting the balance a little bit.

RY: What’s great about theater in the Midwest?

TT: One thing that the Midwest does well is have thriving, viable local theater markets. That’s something so important about the U.S. — Minneapolis-Twin Cities is a great regional market, Chicago and Milwaukee, Philadelphia, and D.C. all are as well. These markets offer homegrown productions for their communities where professionals can spend their careers without only having to go to New York to work. There are three really great markets within a few hour drive of Appleton, so this is a great place if you have the lens of viable, good, high-quality regional markets. In that sense we’re in the middle of it.

RY: What would you say to students who want to get into theater?

TT: The first question I encourage theater majors to ask themselves as they enter junior or senior year is what market they’re going to. You have to commit to a market for two or three years. In some ways, the best question to ask is, “Where do I want to be next?” Many grad school programs want students who have had some acting experience before they apply, so all the more reason to pick a place and go for it. As for non-major students who want to get involved in theater, that’s easy. The class I would recommend they take is Intro to Theater, but also all of our auditions are open to everyone. Volunteering to be on a crew and watching how the show is put together is also a great way to be involved. Lawrence is small enough that we need people in our shows, but there are enough people around that there are amazing things going on in the theater department.

RY: What’s your favorite book to teach in Freshman Studies?

TT: I love teaching Elizabeth Bishop’s poetry. There is so much to analyze, and so much to be specific about, such as how words lie on the page. It’s a great [work] for Freshman Studies. I also have a special feeling for “Brazil,” since I was instrumental in getting it into the curriculum. I’ve never actually taught it, since I teach fall and it’s usually in winter, but I love that too.