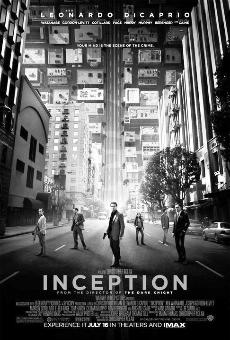 You can tell a lot about a film by its release date. Generally, films that have the strongest chance of being up for both the Golden Globes and the Academy Awards get released during the final few months of the year.
Anticipated blockbuster films are released over holiday weekends, specifically Memorial Day, Christmas and the Fourth of July, or during the summer months. A prime example of a film in the “anticipated blockbuster” category is Christopher Nolan’s most recent film, “Inception.”
Released July 16, 2010, “Inception” is one of those rare films that has all the trappings of a blockbuster but in fact achieves much more. The film contains many of the standard pieces of a summer blockbuster: incredible special effects, a large cast and lots of action. But unlike other summer blockbusters, like those of Will Smith, “Inception” is a film that forces the viewer to think. It would be nearly impossible for one to enjoy the film without paying attention to its intricate plot.
Over the past decade, Nolan has developed a reputation as one of the most intellectually stimulating directors in Hollywood. He first came on the scene in 2000, writing and directing the film “Memento.” The film tells the story of a man with short-term memory loss who attempts to find the man who murdered his wife. His main clues are tattoos that he has given himself.
With “Inception,” on the other hand, Nolan switches his focus to dreams and the subconscious. Leonardo DiCaprio stars as Dom Cobb, a man who knows how to navigate dreams. With a team, he enters into a person’s dream to extract information. A wealthy businessman named Saito soon arrives, wanting Cobb and his partner Arthur to perform an “inception” for him.
The act of inception is thought to be a myth, but Cobb is confident that he can perform the task. Inception refers to going into a subject’s dream and planting an original idea. As the film progresses, it becomes clearer that Cobb is hiding important information from the rest of the team. He refuses to be briefed on the layout of the dreams, as his dead wife constantly appears to sabotage his efforts.
From here, the film becomes quite complicated. In order to successfully achieve inception, the team must go deeper than just one dream, so they go three dreams deep – a dream within a dream within a dream. As intricate as it sounds, nearly everything is explained exceptionally well by Nolan through the characters Cobb and Arthur.
One area in which “Inception” shines is in the special effects. Nolan was asked to adapt the film for 3-D, but refused. He told the studio that 3-D is merely a gimmick and that it takes away from the story. Traditionally, Nolan spends ample time on the special effects for his films. Rather than merely using CGI, like most other films, he tries to create his effects in real life. As a result, the special effects in “Inception” are memorable and impressive.
“Inception” is on the table for all of the big awards at the Oscars, including Best Picture, Best Screenplay and Best Director. While the film probably does not stand much of a chance against the topical “The Social Network” – which just won Best Picture at the Golden Globes on Sunday – it is a quite a feat from Nolan. Very rarely does a big budget film get a nomination.
I made an effort to see all of the Golden Globe-nominated Best Picture films, and “Inception” is far and away my favorite. People can say what they want about it being just another over-hyped big-budget film, but if you look deeper, Nolan has made his crowning achievement. The film will truly be hard to top.