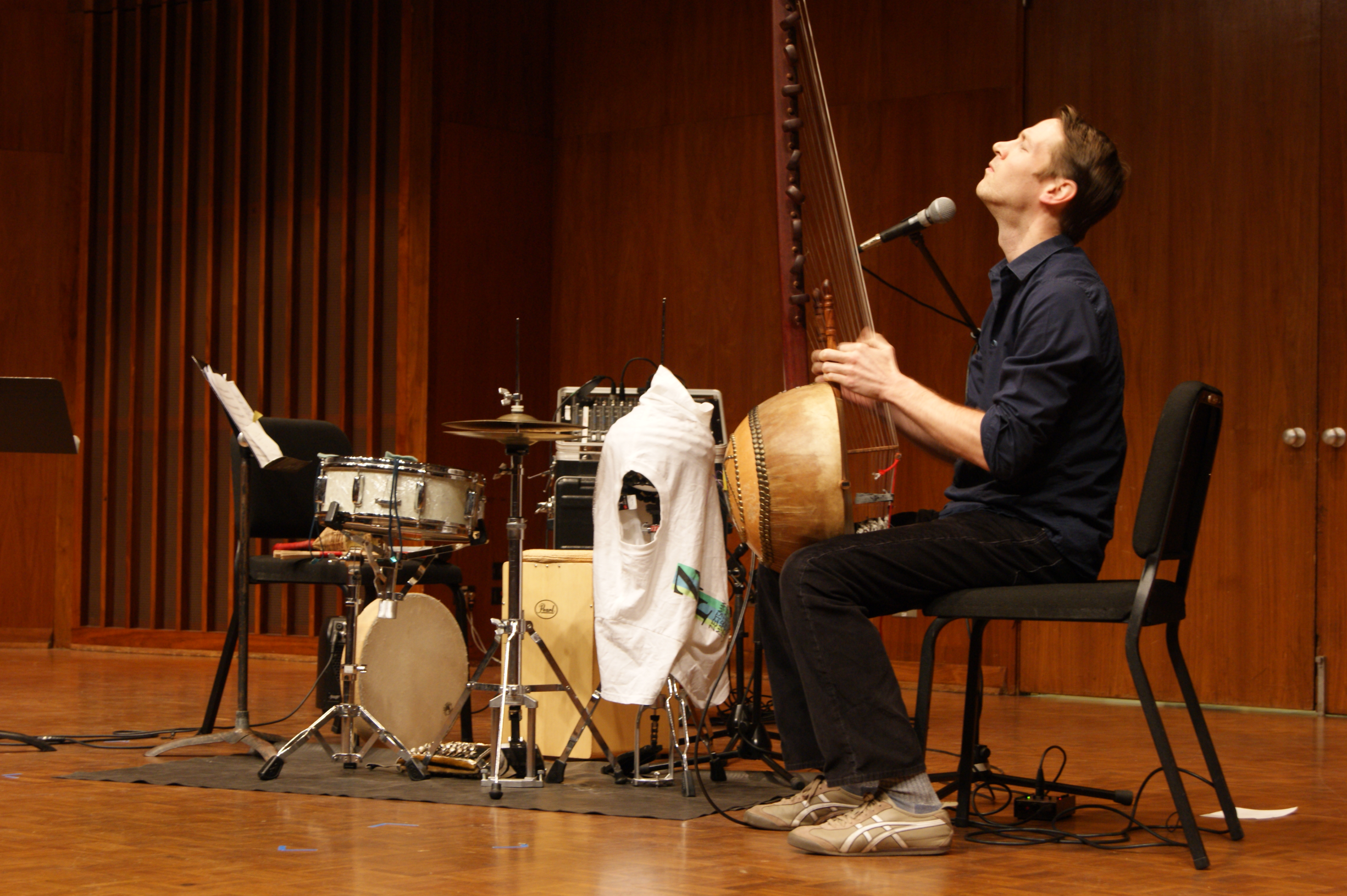 Sunday, Feb. 19 marked the latest installment of Lawrence’s 2011-2012 World Music Series, a night of West African music featuring kora player Kane Mathis. A warm and moving affair, Mathis’ performance coupled exceptional musicianship with a presentation of traditional and modern kora styles, accentuating the World Music Series’ trend for fusing the old with the new, the foreign with the familiar.

Having studied kora, “arguably the most complex chordophone of Africa” for 15 years, Mathis exhibited virtuosic qualities while remaining impressively relaxed throughout the concert, providing a soothing aura to surround the rich textures flowing from the 20-stringed instrument.

Rooted in the traditions of Mali, Burkina Faso, Guinea, Sierra Leone, Senegal and Gambia, the kora is indeed a multi-faceted instrument, created from a calabash gourd covered with a cowhide, a hardwood post and, yes, 20 strings.

Played using differing regional repertoires, Mathis performed an array of tunes that were geographically specific, leaning heavily on the music of Gambia where he has studied with the famous Jobartah (Diabate) Kunda family.

Periodically changing tunings, Mathis took time to speak to the audience about specific tunes, revealing their different purposes and meanings, which ranged from love to war, honor and agriculture.

Additionally gracious about his opportunity to perform at Lawrence where he was once a student, Mathis quietly joked throughout, while providing keen insights about the rich history of the kora, the Mandinka people and West African string music.

Furthermore, Mathis’ performance was brightened by the accompaniment of Associate Professor of Music and Teacher of String Bass Mark Urness and Professor of Music Dane Richeson, the latter of whom was applauded by Mathis for encouraging his early development as a player of African music.

Although initially the trio struggled to lock in, Mathis, Urness and Richeson proved to build complex grooves throughout, as the rhythm section gave form and life to Mathis’ already incredible solo playing.

Melding the foreign tones of the kora with Urness and Richeson’s typically western instrumentation additionally gave the Appleton audience some auditory and visual familiarity. Although Mathis’ music has become a radio standard in Gambia, his instrument of choice has undoubtedly separated the former jazz and classical guitarist from American music consciousness and has left him behind the kora’s large apparatus during performance, allowing viewers little room to see how he actually plays the instrument.

In the end, Lawrence’s World Music Series concert was a success, as Mathis graciously opened a door to West Africa, transporting the Harper crowd to Gambia and back with the help of Urness’ smooth bass playing and Richeson’s unparalleled use of percussion. Eager to spread the music that he has been enthralled by for years, Mathis warmly welcomed his audience to the world of kora music, and Lawrence welcomed him back.