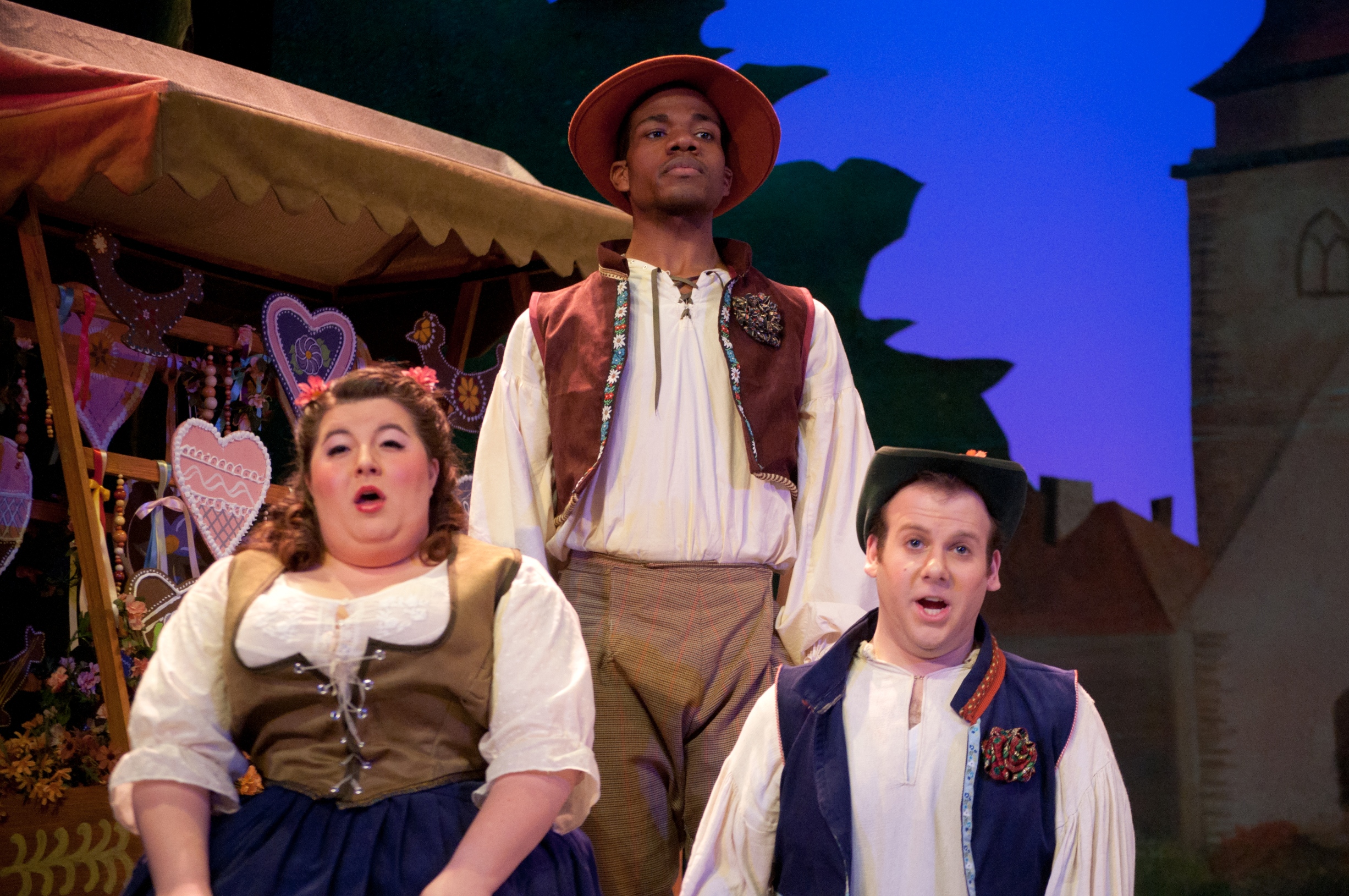 (courtesy of Will Melnick)

Bedrîch Smetana’s opera “The Bartered Bride,” a comedic love story, was performed last weekend in Stansbury Theatre. As usual, the show featured two casts, but I only made it to the Sunday showing. Despite the difficult-to-sell storyline and some translation issues, the actual singing stood out, ultimately providing a worthwhile experience.

The comic opera centers around a young woman, Marenka (Cassie Glaeser/Julia Steiner), who is promised to a neighbor’s son in order to resolve her father’s debt. The girl falls in love with another man, Jeník (Justin Berkowitz/Nik Ross), and refuses to marry Vasek (Alex Gmeinder/Pat MacDevitt), the man to whom she was promised.

The town marriage broker tries to pay off Jeník so that he will leave and Marenka will feel betrayed and marry Vasek. Jeník tricks the marriage broker and the show ends happily ever after with Marenka and Jeník planning to get married.

So the plot is a little lame — fine. There were plenty of other, positive components of the opera that outweighed this annoyance. The singing was full and vibrant, and only became stronger as the show went on: The cast sounded great individually and in duets, and had impeccable diction as an entire ensemble.

Especially enjoyable was the second act scene in which Marenka tells her oblivious intended husband Vasek that the woman promised to him as his wife — which is really her — actually hates him. Berkowitz provided brilliant nuances to his role, and Derrell Acon’s performance as the marriage broker stole the show with his hilarious singing and acting.

The orchestra was wonderful, and though at first they occasionally drowned out the singers, the problem was resolved before the second act — I blame the pit’s poor construction. The dancing and assorted antics in the second and third acts was engaging, despite the cramped space — and the women’s ridiculously boxy bustles. And no, the awkward crotch clutching was not a wardrobe malfunction.

The show’s most noticeable issue was the poor translation of the libretto, as the repetitive English lacked personality and wit. The production should have preserved the original Czech, or at least have settled for a German translation, as is often preferred. Instead of forcing the audience into constant “irritation” and “indignation” — over and over again — the foreign language could have been left as an acting challenge for the performers.

The chorus and dance corps together had 32 members, and with the 11 named characters, there was little room for polka dancing — even with the ensemble only marking their moves in the background. At times, the crowd on stage became quite distracting. At other times, the blocking itself caused problems: Frequent crosses to bizarre stage locations seemed pointless. As I can’t see the stage expanding any time soon, hopefully these constraints will be taken into account in the future.

Although not always successful, the performers’ hearty attempts at selling a difficult opera made The Bartered Bride worth the audience’s time overall.