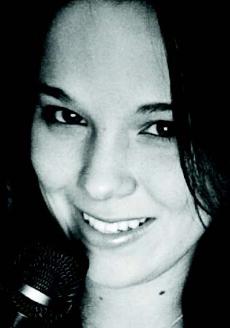 This week I present, again, a rather different kind of voice major – Patty LeClair, a senior from Seattle, Wash. working towards her B.Mus. in vocal performance. Not only does she take all the classes required of a typical voice major, but she also adds in a heavy course load in jazz.
In fact, most of the places you’ve probably seen her around come out of her jazz work – she’s usually at the Monday night jam sessions, she’s a member of the hybrid ensemble and frequently gigs around the community at places like Cena and Harmony Café.
Said LeClair, “I like to think of myself as a bridge between the jazz and classical voice worlds because I have such a deep interest in both classical and jazz singing and I don’t believe the two have to be separated.”
As to how she is bridging the gap? She takes six-unit lessons in both classical voice with Patrice Michaels and in jazz vocals with Janet Planet. Currently she’s working to prepare her senior recital, which will be appropriately split into a half hour of jazz and a half hour of classical repertoire.
LeClair got her start at age 11, singing with the Northwest Girl Choir, which had a profound affect upon her.
“I just remember singing in my first choir concert. I looked around at the three hundred other people singing around me and I thought ‘I could do this till I die and still be happy,'” LeClair said.
She also played saxophone seriously in her high school’s jazz band, already firmly entrenched in both the classical and jazz worlds. Wanting to continue both musical areas, LeClair came to Lawrence because of the broad range of opportunities it offered – opportunities such as singing with artists like John Hendricks, Steve Tormé and later this month, with Bobby McFerrin.
While some would feel switching between the two vocal styles would be difficult, LeClair finds that they actually mesh quite well.
“I would say that, although many people would disagree, a classical foundation is very important for developing technique for jazz singing. Having an ear for improvisation with a classically trained voiced is a killer combination,” she said.
LeClair has developed exactly that killer combination – if you want to hear her sing for yourself be sure to check out her quintet performing at Copper Rock Feb. 12, at Cena Feb. 20 or at the Bobby McFerrin concert in the Lawrence Memorial Chapel Feb. 22. 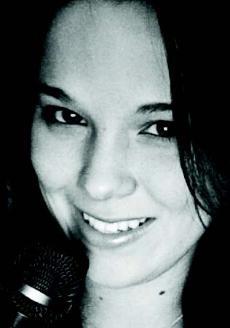