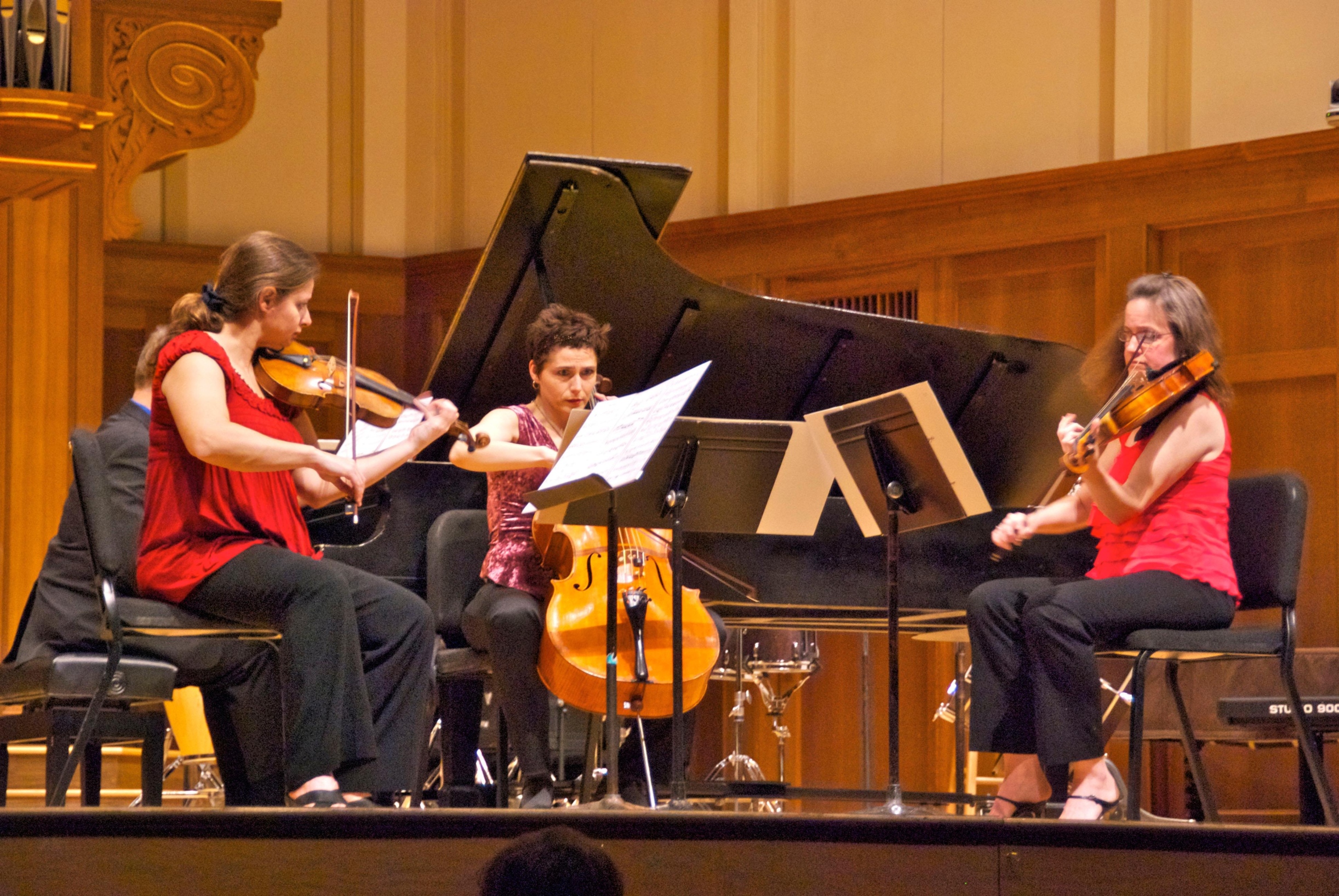 The University of Iowa Center for New Music made a stop at Lawrence April 21, bringing the sounds of innovative contemporary composers to the Memorial Chapel. They played boundary-breaking music unconcerned with convention; instead, the music reflected the composers’ complex ideas regarding radical new possibilities for music.

The ensemble played works from composers associated with the Center for New Music as well as more widely known composers of modern music. The first piece on the program was “Hiking the Cascade Creek Trail” by Zach Zubow, a Ph.D. student in music composition at the University of Iowa. The work calls for a single percussionist playing “found, non-resonant” instruments. It evokes the journey along a trail in an Alaskan national park with a spare and primitive sound.

Zubow’s “Mirage of the Mountains” was also part of the night’s program. The composer based this work on the spectral analysis of the pitches F1 and C1 on the contrabass. Other works in the program were similarly based upon behind the scenes ideas and theories. “Musica Segreta ” for piano quartet by David Gompper — the director of The Center for New Music — is an allusive work whose “characters” include Gesualdo, Stravinsky and Boulez. “Musica segreta” is a Renaissance genre intended for an “informed and limited” audience who are “in the know,” singularly capable of understanding the style and allusions of the work.

Other works included Jeremy Dale Roberts’s “Croquis” for string trio and John Adams’s “Chamber Symphony No. 1.” The complexity and difficulty of the chamber symphony lent credence to its origins — in a program note, Adams explains that the work began to take shape as he realized that the music of Schoenberg shared many traits with the scores of older cartoons.

The performers executed the entire program with intensity and admirable skill. I must admit, however, that the music left me feeling cold and unengaged. I suspect that many other people not “in the know” of the musica segreta of modern music would feel the same.

Much of today’s new music requires a deep theoretical understanding to appreciate, certainly more than ordinary people possess and perhaps more than even many musicians. However, for those in the know that enjoy puzzles of the sonic variety, I can imagine that these works have a value quite different from the more relatable and human music of earlier times.