LU Jazz ensemble concert gets audience into the swing of things 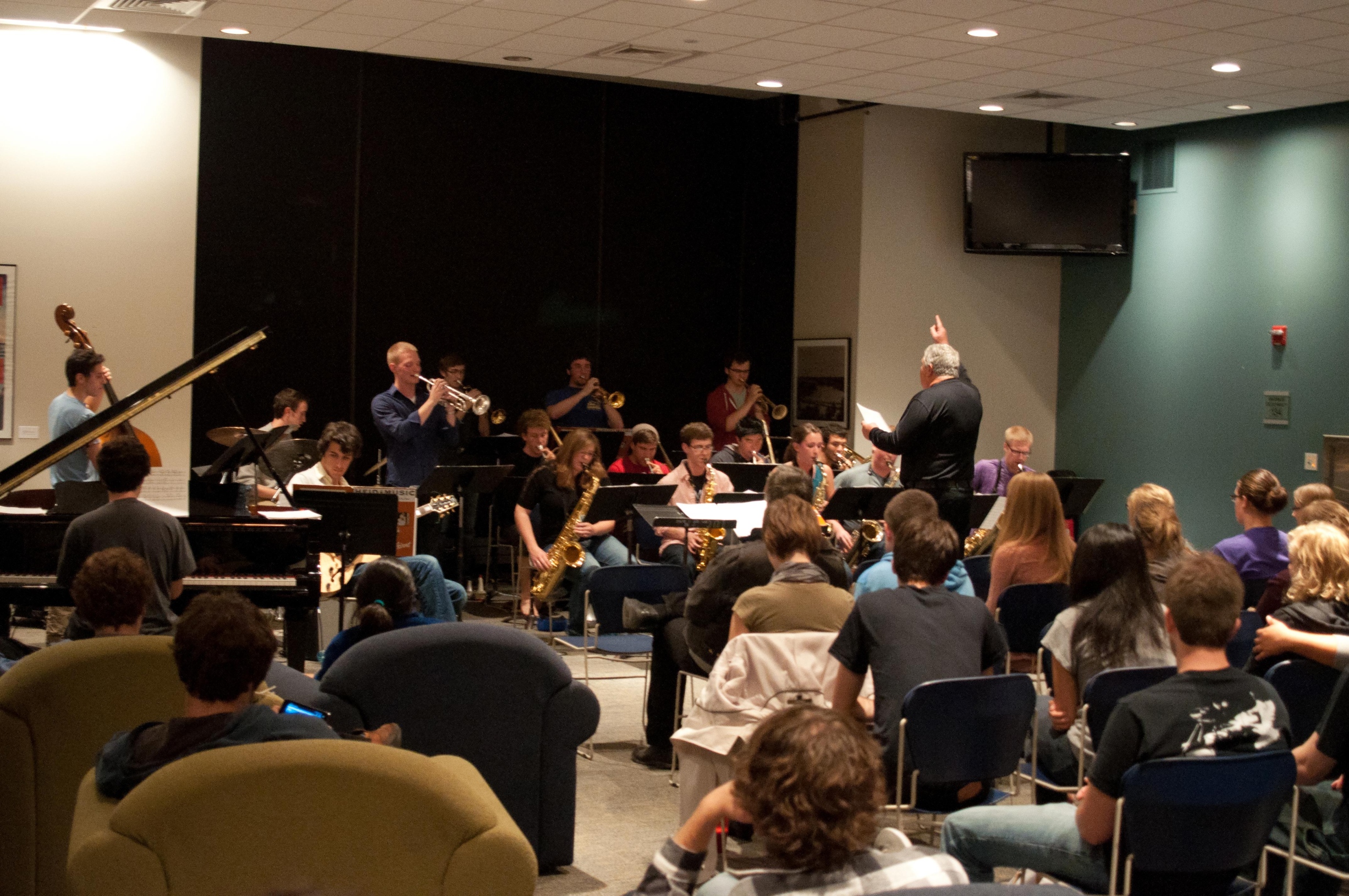 If you were in the Warch Campus Center Wednesday night, October 3, then you heard the sweet sounds of jazz emanating from the second floor. LUJE held an intimate, short and sweet performance at 10 p.m.

In the fourth week of school, with only three weeks of rehearsals as a big band, this group managed to put together an hour of music, make it swing and have fun all together. Jazz Director Fred Sturm noted that the concert was not only for the crowd’s enjoyment, but an exercise in the band’s sight reading capabilities.

But work this band did! They started cooking with an earsplitting, energetic Thad Jones tune entitled “Don’t Git Sassy.”

That number was followed up by some really swinging tunes, such as “Easin’ It,” “Effing Blues” and “Rhythmism.” The audience’s heads were bobbing, the swing dancers’ feet were moving and nobody could resist making a “stanky face.”

Individual sections seemed to blend quite nicely in these arrangements, and while being mindful of their volume as not to cover up soloists, they did not lose any energy. Soloists played smart, taking a breath to let the ensemble’s background lines shine for a few measures.

Ellington’s “In a Mellow Tone” showed off the band’s smooth playing and reserve. The ensemble also changed up the sound when the trumpets played with Harmon mutes and the trombones used plungers for a “wah-wah” effect.

The floating, ruminating version of Freddie Hubbard’s “Little Sunflower” was incredibly well-executed in getting a soft, mellow sound. It featured Henry Gergen on flugelhorn.

The rhythm section played a looser, freer groove in 7/4, which tripped the dancers up a bit. The feel of this song was in stark contrast to the swing of the first half of the set, but proved to be refreshing and acted as a display of the band’s range of musical genres.

The highly academic chart, “Tenor Madness,” was based on a melody of an old swing tune, but all of the rests in the original melody were taken out. This created a difficult form of a 10-bar blues for the band and soloists to play over.

This chart definitely challenged and stretched the band’s capabilities, and though it sounded like they pulled it off, it proved to be more of an exercise for them than catering to the audience.

The crowd enjoyed a long trumpet cadenza by Ben Phillips on the tune “There Will Never Be Another You.” His use of space, tasty blues lines and wide dynamic range kept the audience at the edge of their seats.

With a great turnout and an exceedingly positive energy, LUJE’s first concert of the year showcased the musicians’ commitment to making great music and the student body’s great hopes to see more performances.