“Dogtooth” a little over ambitious 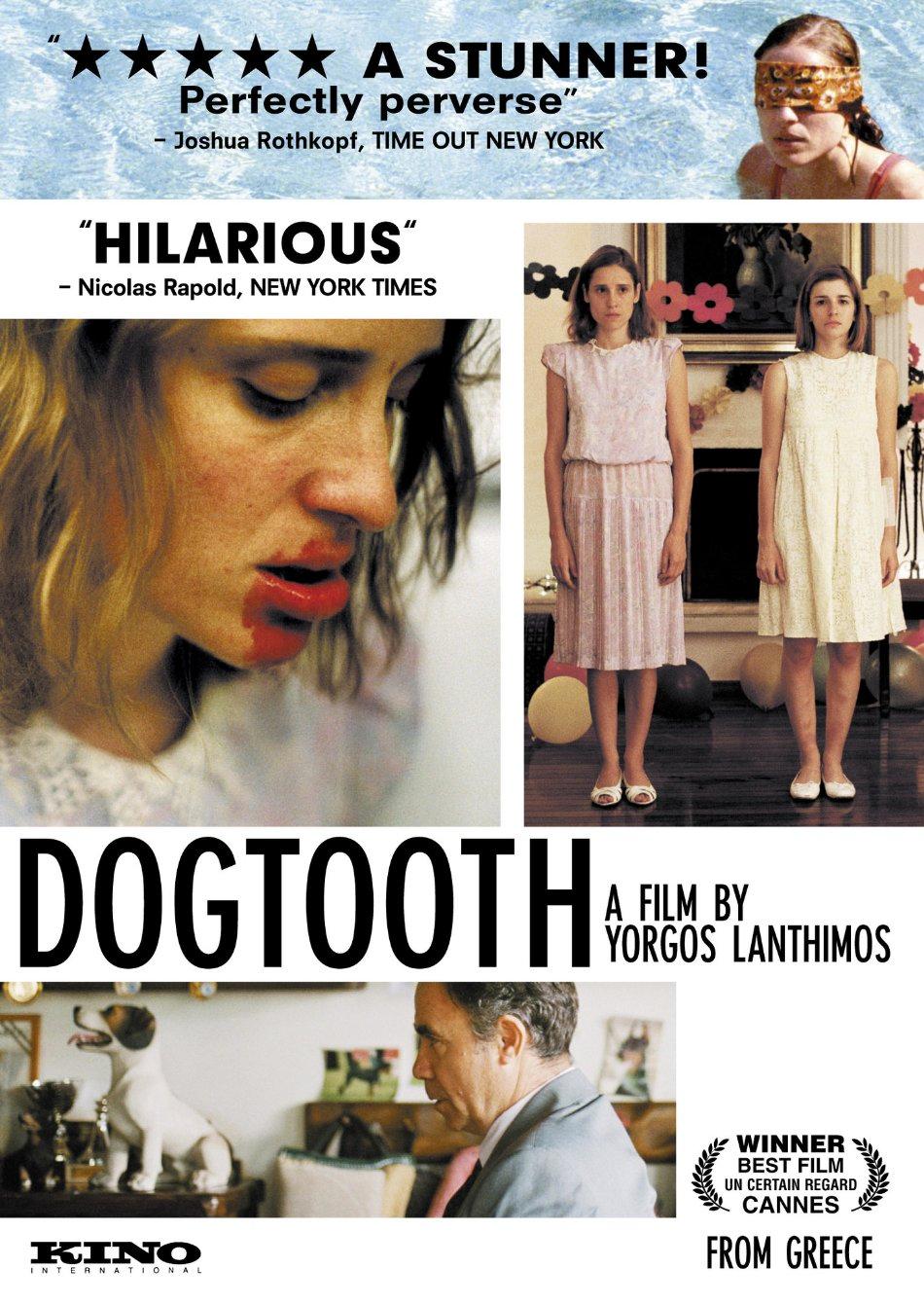 Among the crowded field of art films about the variable nature of reality, the Greek film Dogtooth is nowhere near the best, but it makes a noble and notable attempt.

Dogtooth is about a family of five (one son, two daughters and their parents) who live in a gigantic complex on their own, surrounded by 20-foot high fences that don’t give them any idea of the outside world. They’re raised this way on the simple promise that someday, once they lose a “dogtooth,” they will be allowed to leave.

In the meantime, the children’s parents sculpt a completely different reality from the inside of the fence. Airplanes flying overhead are actually toys about to fall on the ground for children to collect, the word “sea” actually means “chair,” and cats are dangerous beasts easily capable of killing even the strongest people.

When the son starts expressing sexual desire, the parents bring in a local security guard in an attempt to help keep him mollified and complacent. Unfortunately, a part-time presence in their household presents new risks to the isolation of the house.

This concept is fascinating, and it takes the film’s plot and characters into interesting and unexpected places, but it also presents some challenges as Writer/Director Giorgios Lanthimos and screenwriter Efthymis Filippou attempt to expand the rather simple conceit into a full length film.

Even at an incredibly brief 93 minutes, Dogtooth felt like it was being stretched to its limits. I’m a fan of slow-paced movies, but Dogtooth doesn’t seem to be slow-paced because of a conscious tonal choice — rather, because the writer and director felt it needed to reach some arbitrary length.

A 60 or 70 minute movie — or even a short film — might have been better suited to Dogtooth’s content.

Also problematic were the visuals. I’m not one of those people who constantly insist that “film is a visual medium,” but I will admit that a film’s imagery is probably the first thing to make an impression on the viewer. To me, Dogtooth just looked bland and flat.

This may be the result of a bad Netflix transfer (I’ve come across my fair share of these before), but regardless of where it comes from, such things are inexcusable in this age of cheaply available, high-quality digital cinematography.

Lastly, no review of this movie would be complete without a mention of its sexual content. There are multiple very explicit sex scenes in this movie, but none of them seemed to particularly shock me, though they transparently tried to.

It seems to me that Dogtooth suffers from a plight of ambition over implementation. The idea is brilliant, if slightly underdeveloped, but none of the other elements of the film can ever really rise up to match it.

“Dogtooth” is streaming on Netflix indefinitely.