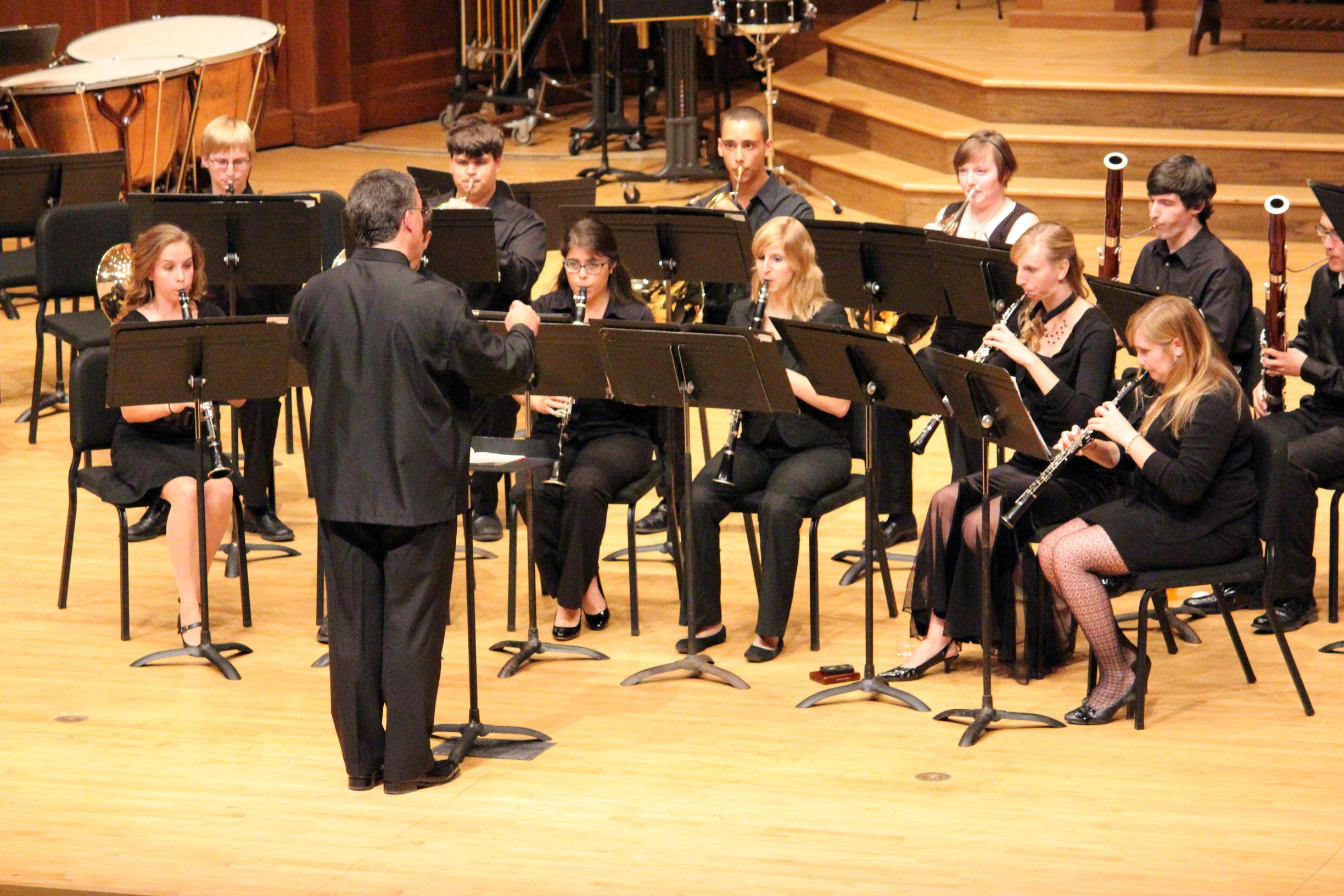 The Associate Professor of Music and Director of Bands Andrew Mast could not have summed up the event any better: Violence, revenge, injustice, love…it’s all here. Oct. 6, for approximately 120 minutes, the Lawrence University Symphonic Band and Wind Ensemble each respectively put on a fantastic performance in the Memorial Chapel.

The theme of the concert was “The Historical Wind Band,” and featured a diverse selection of works from many different historical periods of the concept of the band.

The lengthy two-part program demonstrated the two groups exploring a range of sound and instrumentation. Kicking off the night as per usual was the Symphonic Band, which played both brilliantly and emotionally. The band started off powerful and compact, developing a strong and harmonious sound.

The first piece, “Overture in F” by French composer Ãtienne-Henri MÃ©hul (1763-1817), was a great start to the evening’s performance. A piece dating back to the French Revolutionary period, this work is one of Mast’s favorites, as it is a piece that is not reserved for any program or occasions.

They proceeded with the beautiful and haunting masterpiece, “Funeral March” (1866) by Edvard Grieg, which was written upon hearing the news of a good friend’s passing. This slow and heavy piece was by far the most goose bump-inducing piece of the night, with the multitude of powerful crescendos courtesy of the percussionists, interspersed with the delicate melodies provided by the flutes.

There were undoubtedly many moments of brilliance throughout the evening, but the particular giant washes of sound were phenomenal. The Symphonic Band closed their part of the evening by performing “Tam O’Shanter” (1955) by Malcolm Arnold, a piece of music based on the famous poem by Robert Burns.

Following a five-minute intermission, the Lawrence University Wind Ensemble opened strongly with their exceptional performance of three of the seven movements (Largo – Molto allegro, Adagio and Finale) that make up Mozart’s sublime “Serenade in B flat Major, K. 361 (Gran Partita).” Composed in the late 18th century, it is a piece that employs lovely echoes and smooth flowing melodies.

Following Mozart, the Wind Ensemble plunged into Andrea Gabrielli’s “Aria Della Battaglia.” This was by far the most packed piece, featuring many back-and-forth between the two choirs and lots of question and answer harmonies.

The last work on the program was “Lincolnshire Posy” (1937) by Percy Aldridge Grainger (1882-1961), a collection or medley of folk short stories bursting with imagery. From a girlfriend aching to dress up as a man to join the Navy and be with the object of her affection, to a war story as told by a general, it was a fantastic ending to the night.

Overall, “The Historical Wind Band” was an excellent concert. Not only did both ensembles perform well as they explored the plethora of styles from different historic periods, but also they showcased the great multitude of talented students at Lawrence.