For many students, getting to know professors may seem intimidating, even with the casual ‘call-me-by-my-first-name’ teaching style adopted by most Lawrence professors. It can be difficult to break through the wall of academia and see that professors are just people. There are several groups on campus that hold events to get to know professors on a personal level, such as SLUG’s professor dinner or Lawrence Swing Dance’s Dancing with the Profs. Now, a newer club, the LU Bike Club, is forging relationships between students and professors through friendly competition and cycling.

This past weekend, Bike Club held their first Biking with the Profs Event. The highlight of the event was a scavenger hunt that was open to all students and faculty members. Professor of Music Mark Urness, Professor of French Dominica Chang and Professor of Economics Hillary Caruthers were among the professors that participated in the event. 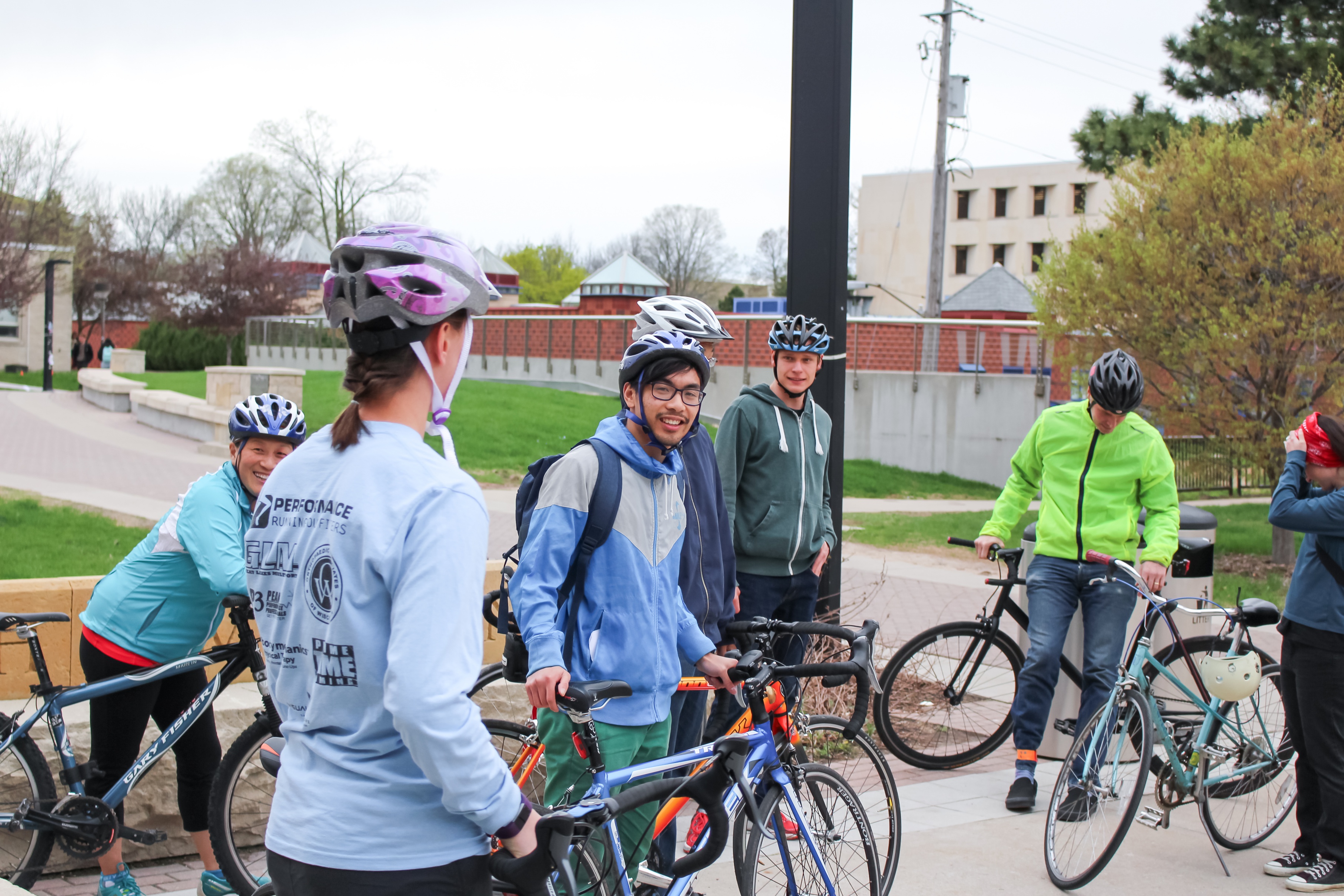 Sophomore Theo Arden, the Ride Coordinator for the club, explained that the event was a ‘choose your own ride’ scavenger hunt where cyclists are divided into two teams with an even number of students and professors on each team. The teams worked together to find certain places around Appleton featured in the scavenger hunt, ending with both teams meeting at Tempest Coffee Collective.

LU Bike Club is one of the newest editions to the many new clubs that have popped up on campus this year. The club was started by sophomore and LU Bike Club president Jason Lau. This is one of the first major events held by the club, which is still in the process of finding new members and being a well-established part of the Lawrence community.

Lau explained that LU Bike Club is looking to have more events like Biking with the Professors in the future. Lau believes that professor and student relationships outside of the context of school are important for both parties.

“One of the goals of the event was to build relationships between students and faculty,” Lau said. “We actually didn’t know a lot of professors were into cycling until we reached out to them. We realized that it might be a good medium to connect faculty and students, hang out and share a common goal. You see them more as a person. There’s one professor who teaches computer science, and he’s a rider. And once he’s on his bike, you don’t see him as a computer science professor, you see him as a rider. It’s a great equalizer.” 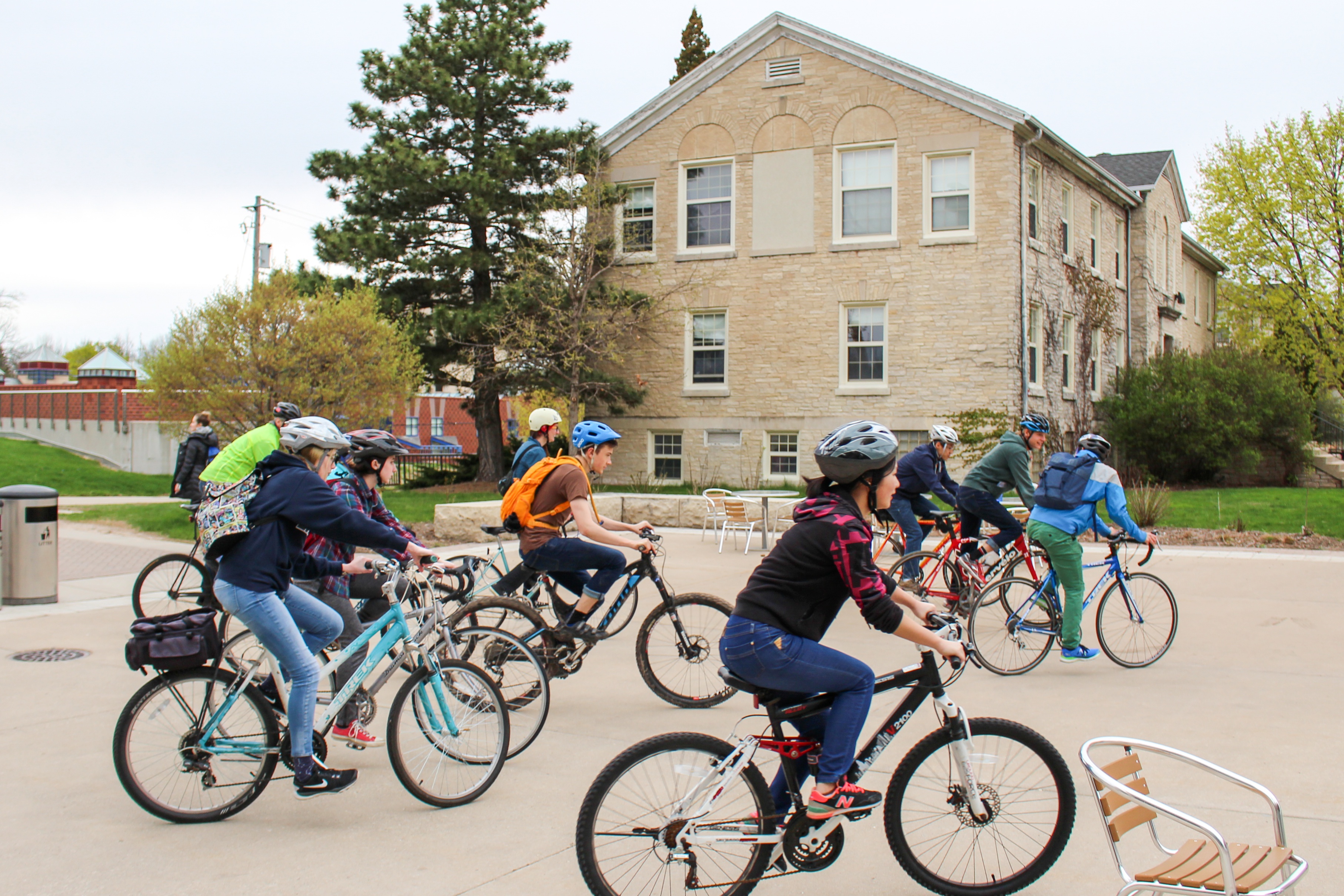 “Lawrence is known for having fairly close relationships with professors,” Arden added to Lau’s sentiment, “but extending that to things outside of academics brings a new element into it, so you see them in a different light. You get a better sense of who they are in their everyday lives, so that creates a more intimate connection with more empathy.” This newfound sense of empathy may be a relief for students who are unable to attend their professor’s office hours, or if they do not feel comfortable participating in class.

Beyond students benefitting from seeing their professors in a new light, Arden explained that completing non-academic activities with students is just as beneficial for professors. “Every year,” Arden said, “the professors have to plan their classes around the student body, so they need to have a good idea of who their students are. The better they know them, the better they can plan [their classes.]”

Students interested in events like this or cycling in general may find a place in LU Bike Club. Anyone interested should email Jason Lau or Theo Arden for more details.