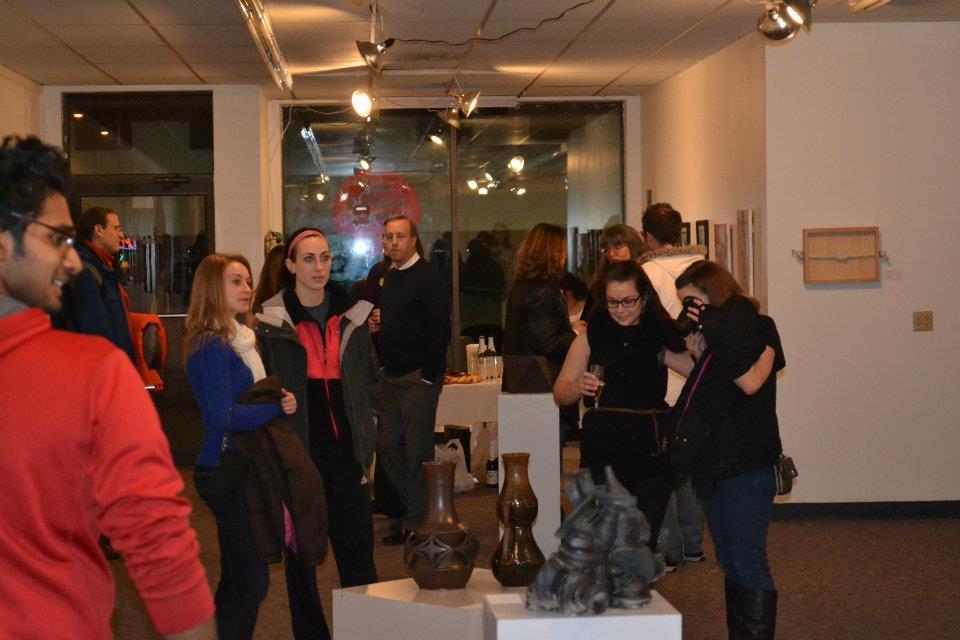 The courses offered in economics department are tweaked with each year, but, as Alice G. Chapman Professor Emeritus of Physics John Brandenberger explained, their basic structure has remained the same.

His students are required to “conceive, shape and propose a venture, get feedback from the rest of the class and learn to give talks on their project. By the time the course is done, there is a finale and everyone gets up and talks with great pride about their venture, [because] they each have taken an innovative idea and become entrepreneurs [implementing] it.”

A recent, ongoing example of such a project, that Brandenberger called “most ambitious, going well beyond the course,” is one known as Flickey, a project by Siddhant Dayal ‘11, Dan O’Connor ’13, Aimen Khan ’13, and Nathan Nichols-Weliky-Fehring ‘14. The venture involves installing kiosks in train stations, malls and some airports in Mumbai. Travelers will be able to carry a memory stick and download a movie onto the chip and then watch it on their television, computer or iPhone.

There is no better time than the present, explained Brandenberger, to teach liberal arts students who are developing the creative skills to be innovators over their four years at Lawrence, to be aggressive in their entrepreneurship.

His goal is for Lawrence graduates to be able to “give a compelling summary and promotion in three minutes, go out and sell themselves as future journalists and get themselves five offers to work at newspapers like The New York Times, The Post, The LA Times…”

President Jill Beck, who is eager to support I&E at Lawrence, explained that the best part of the program is that it is expanding to the rest of the university.

She commented, “All of this is centered in the economics department, but they work collaboratively with professors in other parts of the campus. They have [the] Coleman [Foundation] and other funding to help other professors see how this philosophy of taking action to address world needs could affect how they teach their classes.”

Assistant Professor of Economics Adam Galambos noted that I&E has been spreading over campus and will continue to do so. “Both [the Pursuit of Innovation and the Art of Entrepreneurship courses] have been open to students of all disciplines and have drawn students from all over campus,” he said. “Faculty members from many departments have collaborated with [the economics department] either on new I&E courses or on developing modules in the way they teach. A number of these faculty members are or have been Coleman Foundation Fellows.”

A number of innovative projects, begun in these economics courses, have already benefited many different aspects of campus life.

Within the building is also the Khazana Bazaar, where, as Finkler explained, “goods that represent a number of cultures are available for discussion or sale.”

Beck mentioned other ways in which I&E has been positively benefiting other departments. “In the arts,” she said, “professors are interested in theater internships, print-making workshops and other ventures that enable students to connect their major to a business orientation. There are many examples of student interest so far, such as The Rabbit Gallery and Baroque Music and Dance Ensemble. [In addition], alumni are offering more and more internships to students, to help students put their thoughts into action, sometimes for the first time.”

“The basic idea,” said Finkler, “is to help our students find a way to make a living using their skill sets and vocational interests. Rather than having a salary job, [we want them to] have something they are more passionate about. In these classes they can learn some skills that can have them survive economically.”

This is not to say that Lawrence will be turning away from its liberal arts foundation. As Brandenberger noted, though “entrepreneurship sounds like a business term that doesn’t necessarily seem harmonious with liberal arts, […] art students and music students will have to go out there into the world like everyone else. [By taking these classes] they can start their own [ventures], instead of working for someone else.”

Galambos and Finkler both agree. “We see this as being completely harmonious [with the] liberal arts,” said Galambos. “What we have been working on is an I&E Program that is in harmony with the liberal arts that actually builds on and enhances the education that students at Lawrence get.”

Finkler commented, “Entrepreneurs are, in brief, change agents,” an idea that remains in-line with the liberal arts agenda.

According to Beck, in today’s world a liberal arts education is good but not quite enough. “The 20th century model [of a liberal arts institution],” she said, “is about the intellectual development of the students, and encourages them to focus on themselves. In these four years, you need to forget about the rest of the world and focus on the development of your mind and other intellectual capacities. This is still extremely important, but it is no longer sufficient.”

What we need now, she claimed, is to “add thought into action” and ask ourselves, “How can liberal arts students be change makers? With all that you’re learning, how can you roll up your sleeves and make the world a better place, and how can we [as educators] make that a part of your education?”

Beck clarified, “Lawrence will never be a vocational school.” But that does not mean that innovation and entrepreneurship should be excluded from the curriculum; in fact, the opposite is true.

“Lawrence graduates should be innovators,” she said, “and should bring their new bold ideas into the world. But how do you do that? How do you do such a bold, vague thing? If you can learn how to do it as a student here, then you can certainly do it once you graduate.”