A student interacts with the artwork of Aedan Gerdill.
Photo by Angelica Hurtado.

On Thursday, May 18 at 4 p.m., the Steitz Atrium hosted “Women in STEM: An Art Exhibition.” Juniors Aedan Gardill and Lizzy Weekes created the exhibit for their Junior Studio Art Practicum and both were present for the exhibition’s opening, mingling with the crowd of interested students and answering questions.

Weekes’s portion of the exhibition included several clay images of cells and neurons as well as embroidery illustrating the cell. The clay neurons and cells, which were colorfully painted and nicely arranged, were created with plaster mold and then fired and the clay discs displayed intricate carvings outlining the different parts of the cell. As for the embroidery, Weekes let one stand alone as a fabric piece, dipped another in porcelain slip and fired it with the other clay. The latter pieces also included coloristic differentiations between the different parts of the cell. As for the art’s relation to the theme of the exhibition, Weekes described how embroidery and ceramics are typically gendered as ‘women’s work,’ so she sought to use those two forms to embody the cells and neurons. It is interesting to note that both embroidery and ceramics and cells and neurons can have immense utility and be beautiful in and of themselves. On a more personal level, Weekes commented that her part in the exhibition serves to display her “personal debate between science and art” as she is a studio art major with biology and psychology minors. Weekes also mentioned that this exhibition was her first art show ever.

Gardill’s artwork was displayed on easels arranged in a semicircle around Weekes’ artwork. Each easel displayed a picture painted on acetate sheets layered over a canvas. The pictures themselves portrayed different women scientists with various facts and attributes listed around their faces. In the interactive exhibit, one can flip through each layer of the portrait in order to read different attributes and see different parts of the original picture; as one gets closer to the canvas, the descriptions get less general and more personal. A couple of the women featured were particle physicist Sau Lan Wu and inventor of the Laserphaco Probe Patricia Bath. Gardill noted that his inspiration for the five women scientists he portrayed in his artwork came from the book “Women in Science” by Rachel Ignotofsky. Regarding his creative process, Gardill said that he is always looking for “alternative ways to paint” and has thus experimented with multiple mediums, including painting with condiments. Gardill is pursuing a studio art and physics double-major at Lawrence and commented that the hardest part of working on his portion of the exhibit was waiting for the paint to dry.

“Women in STEM: An Art Exhibition” will remain on display in the Steitz Atrium until June 1. 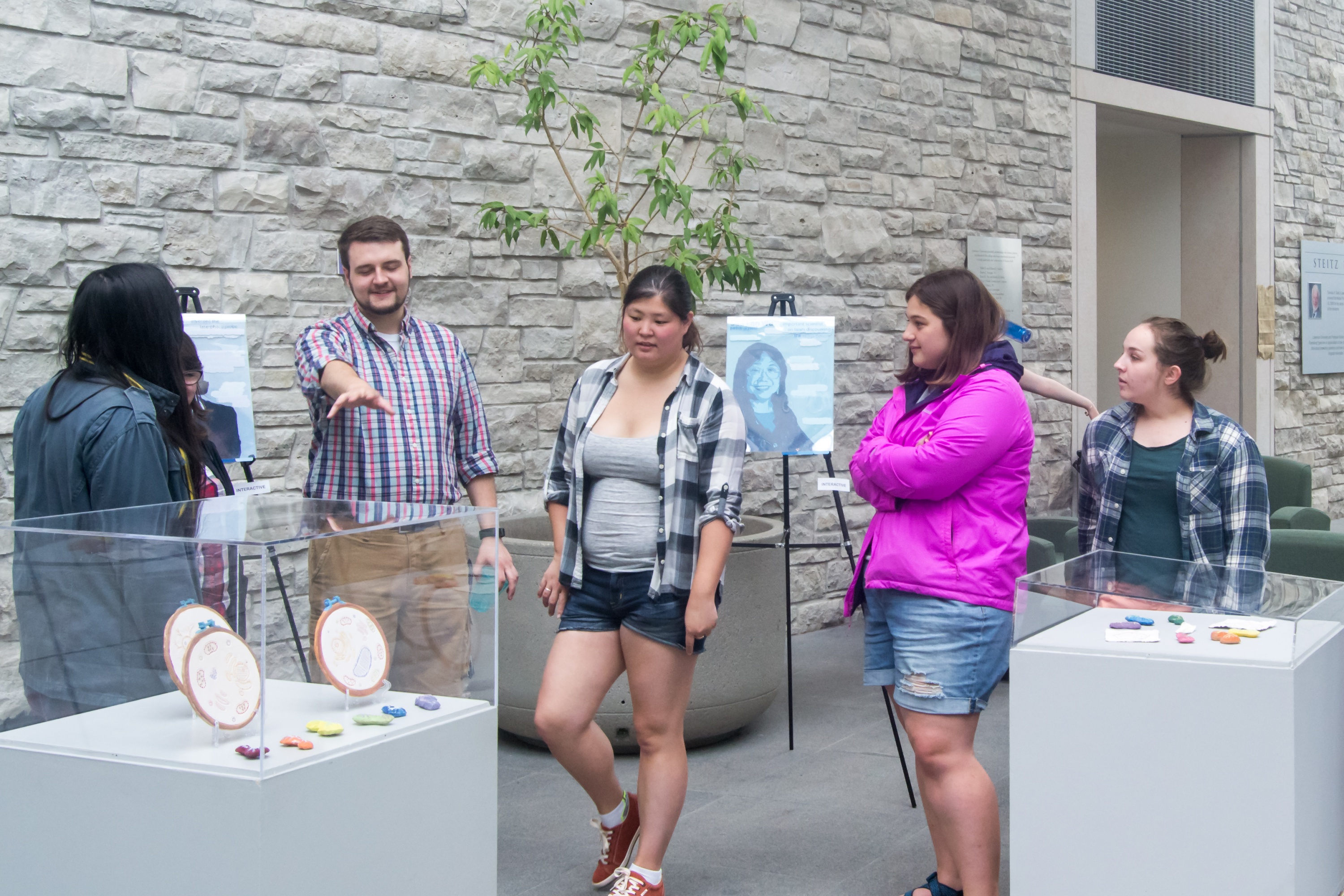 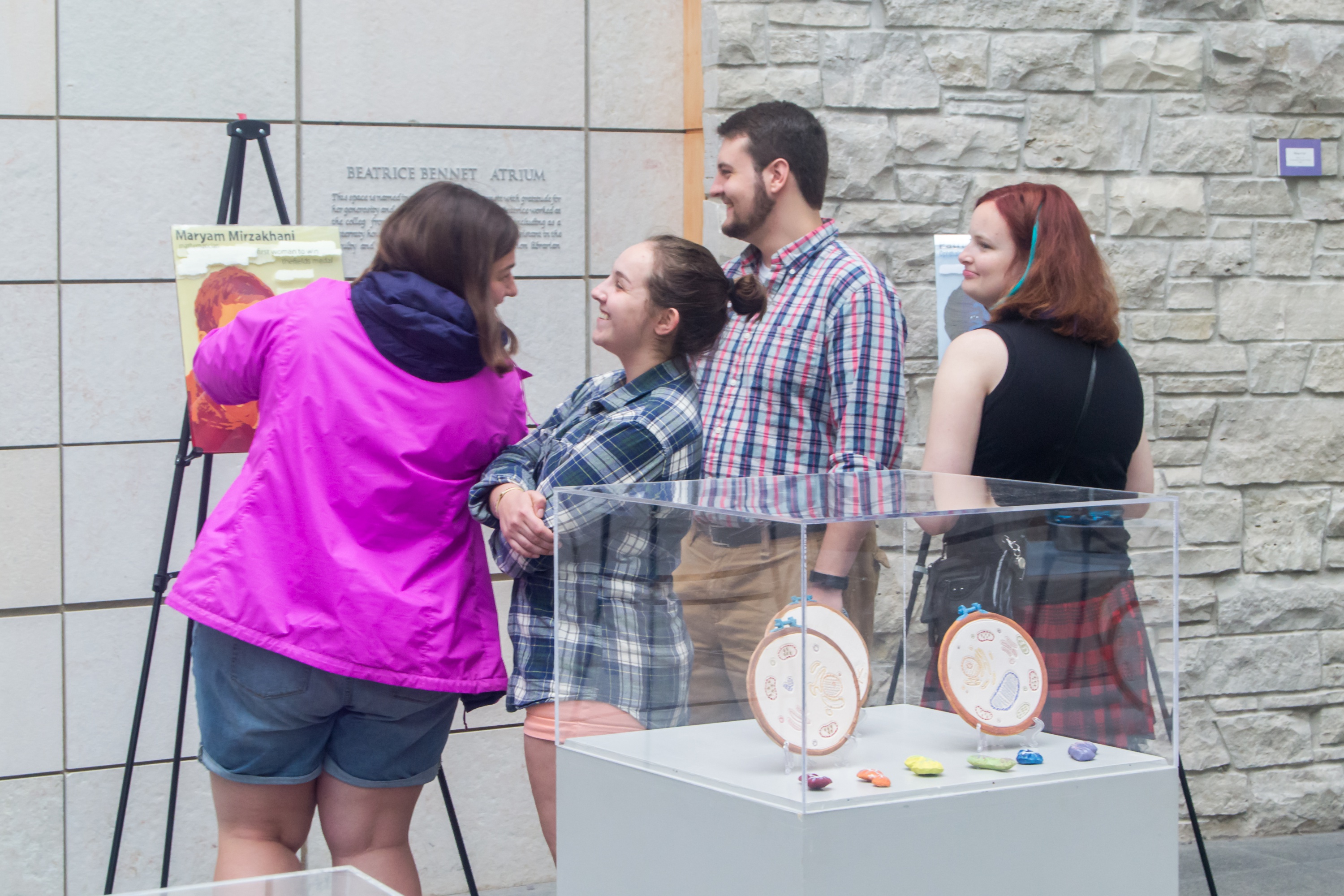