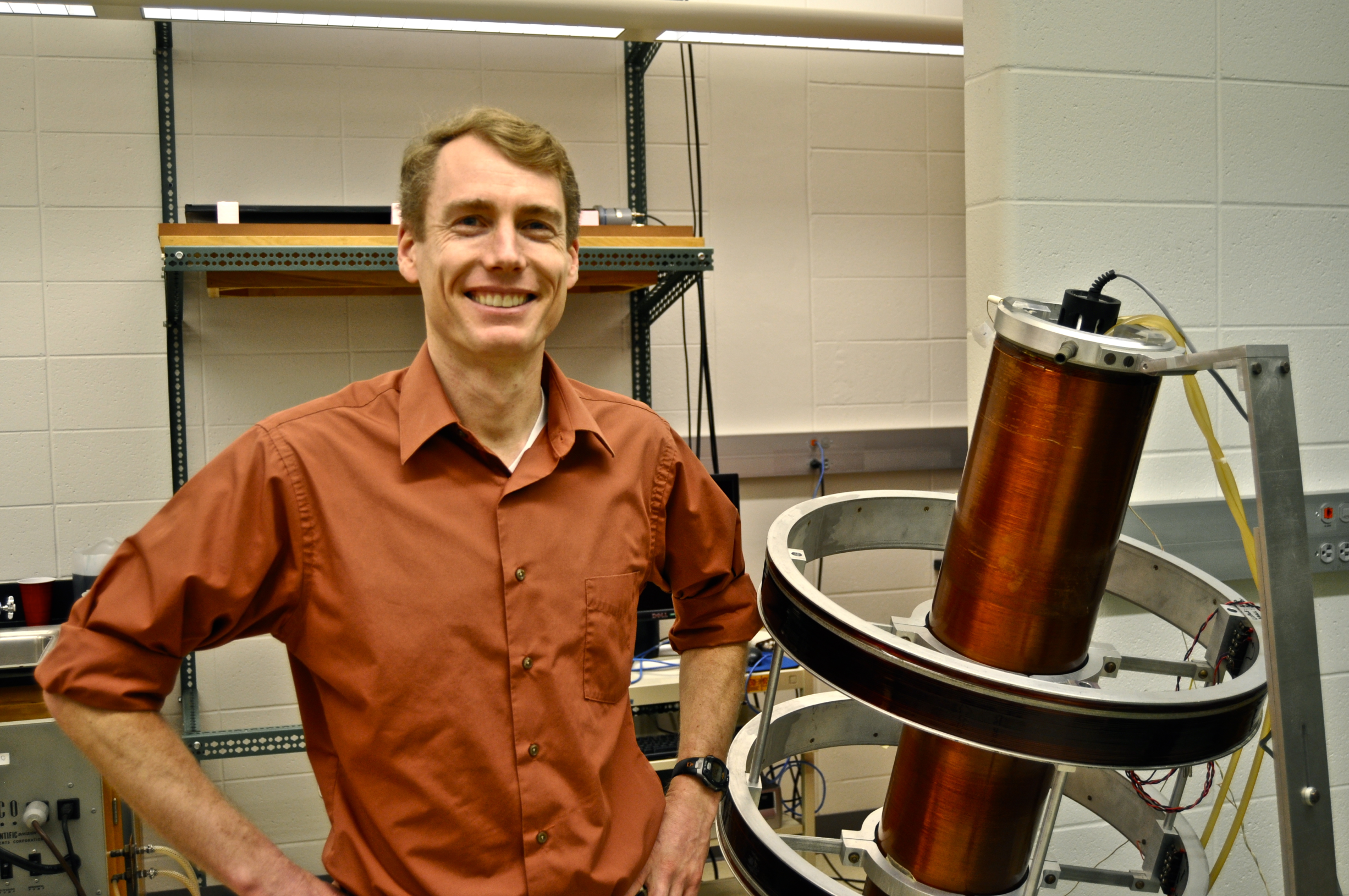 Douglas Martin is an assistant professor of physics at Lawrence University originally from Denver. He received his bachelor’s degree at Pomona College in California in physics and mathematics and his graduate degree at the University of Texas. His postdoctoral work was completed at Brandeis University in Boston in biochemistry. He has been a professor at Lawrence for five years.

Young: Have you always been interested in science and math?

Martin: When I was growing up, I was reasonably good at math. I had a genealogical advantage in that my father was a math professor. Of course, I don’t know if there was actually any real genetics involved, but I was always exposed to math at home.

In addition, I was always interested in how nature worked and how electronics worked, and I had a wonderful physics teacher in high school. He taught the first physics class I ever took, and he would always assign fun projects that were only loosely related to physics, such as how to drop an egg out of a window without breaking it, or how to build a balsa wood and tissue paper airplane and make it fly.

These were hands-on projects where there was physics involved but weren’t solely focused on physics. Similarly, I found in college that I enjoyed the application of physics much more than the mathematics side of it.

Young: So why pursue biochemistry as a graduate degree?

Martin: Well, that was serendipity! In high school, the subject that I liked least was biology. What really stuck with me about biology was learning to draw pictures of what I had seen under a microscope. The technique for drawing them was all about stippling, and I couldn’t stand it.

However, when I went to graduate school, it turned out that I really liked a particular lab. I decided that I would join that lab, but then, after I got there, I realized that I had forgotten it was a biophysics lab because the lab was such a good fit.

At the end of my graduate work, which was really doing biological physics, a science that physicists say isn’t physics, and biologists say isn’t biology, I spoke with several colleagues who said that biochemistry would be the way to go if I wanted to learn what biology was and learn how to solve problems that were biologically relevant. So that’s what I did. I learned in college that if there is a good professor, I’m interested in anything, even if it isn’t strictly physics related.

Young: What do you do when you aren’t teaching?

Martin: There are two important activities that fill up my free time. The first, and the most important, is that I have two small children, and I spend a lot of time playing with them. That’s a very enjoyable part of my life.

The second thing that I like to do is run. I’m a member of the faculty running group, and in addition to running the Fox Cities Marathon last fall, I also ran a 50-mile relay with the group in October called the “Fall 50.” The race starts at the tip of Door County and then runs down to Sturgeon Bay.

I haven’t always been a runner, but I was looking for something to do after my second child was born, so two years ago I decided that I would sign up for a marathon, and that once I signed up, I wouldn’t be able to back out. Since then, I’ve raced in 5K and 10K races locally, and for me, a 5K is much harder than a marathon, because in a marathon I can go much more slowly. Running outside is wonderful, though getting up at 6 a.m. when it’s only 10 degrees outside can be challenging!

Young: What do you like to listen to when you run, or in your free time?

Martin: I always listen to one podcast, “The Economist,” which is from News Magazine. Each week someone reads it from cover to cover, and I always have that on my iPod. Otherwise, depending on what mood I’m in, I like electronic music, or hair bands from the ‘80s.

Young: Do you have a favorite post-run snack?

Martin: I don’t like eating right after I run, so I wait until an hour or so afterwards, and by then I’m so hungry that I just grab whatever is convenient. Lately my favorite meal has been bahn mi, which is a Vietnamese sandwich with side pork from a local farm, daikon radishes, julienned carrots, cilantro and a few other things.

Young: What do you think is different about teaching a science at a liberal arts school than, say, at an R1 institution?

Martin: I love how earnest the students are at Lawrence; they are so dedicated to being here. I’m currently working on a paper that follows up on some research I published with a Lawrence student who graduated a few years ago.

There is definitely a difference at Lawrence because there are different amounts of content covered in a major, but we do a great job at Lawrence exploring how to think about science and not just how to crank through a particular problem. We want to work to understand the fields we’re interested in rather than just producing a solution to a problem.