B. Lilly performs during LU Live.
Photo by Taylor Blackson

On Friday, Sept. 15, five bands competed for a cash prize at the LU Live event in Esch-Hurvis Studio. The event took place right after the Activities Fair, as newly arrived Lawrentians were welcomed to campus for the year. The acts competed for 500 dollars and varied widely in genre. These acts were SOL Studios, B. Lilly, No Pretty Things, Kalind Nash, and the Heavy Metal Ensemble of Lawrence University (HMELU). The battle-of-the-bands style provided for an enjoyable night that helped welcome students back to campus.

The first performers, Sol Studios, had a large fan base and the show was especially well-attended. SOL Studios is a hip-hop group consisting of several members. Their 15-minute set included many solos, as well as a few duos. It was clear that the crowd loved these performers; the room was filled with dancing and cheering. This energy started the night on a high note.

LU Live continued with a rap act by Kalind Nash. Nash’s approach was very reserved in comparison to the previous set, but this reservation also allowed for a certain sincerity and gravity. Nash concluded his set with a duet; the interaction between the performers was phenomenal, and the crowd went especially crazy for this song.

The night took a complete turn in style with the next act, No Pretty Things. No Pretty Things is the musical project of senior Elliott Dryjanski, who describes his musical style as “drone-metal.” This performance was in complete contrast with the previous performers. Distant and often eerie electronic sounds filled Esch-Hurvis, and while I found the performance entirely compelling, it may have been the wrong audience for the show. However, a high level of creativity was displayed within this set.

The next act was an extremely tight and talented R&B group led by senior Bernard Lilly. The group started with a well-executed cover of “Ain’t No Sunshine” by Bill Withers. Their often romantic songs, paired with the smooth vocals, created an upbeat atmosphere for the entirety of the set. The group also heavily engaged the crowd; the audience’s participation was both heartwarming and inviting.

The night of music was concluded by HMELU. This group was the largest act of the night, including a wide range of instruments as well as senior Izzy Yellen on vocals. A particularly striking part of the night was a tenor saxophone solo by sophomore Nick Muellner. This energized and dissonant solo was extremely memorable. The group displayed a high amount of energy and talent, and the performance ended the night on a loud and exhilarating note.

After the final act, the panel of judges debated for a few minutes. In the end, the first group, Sol Studios, won the 500 dollars. This group was a crowd favorite, and everyone seemed pleased with the outcome. This night of mild rivalry and good music was an enjoyable way to get acquainted (or reacquainted) with Lawrence University’s great musical community. 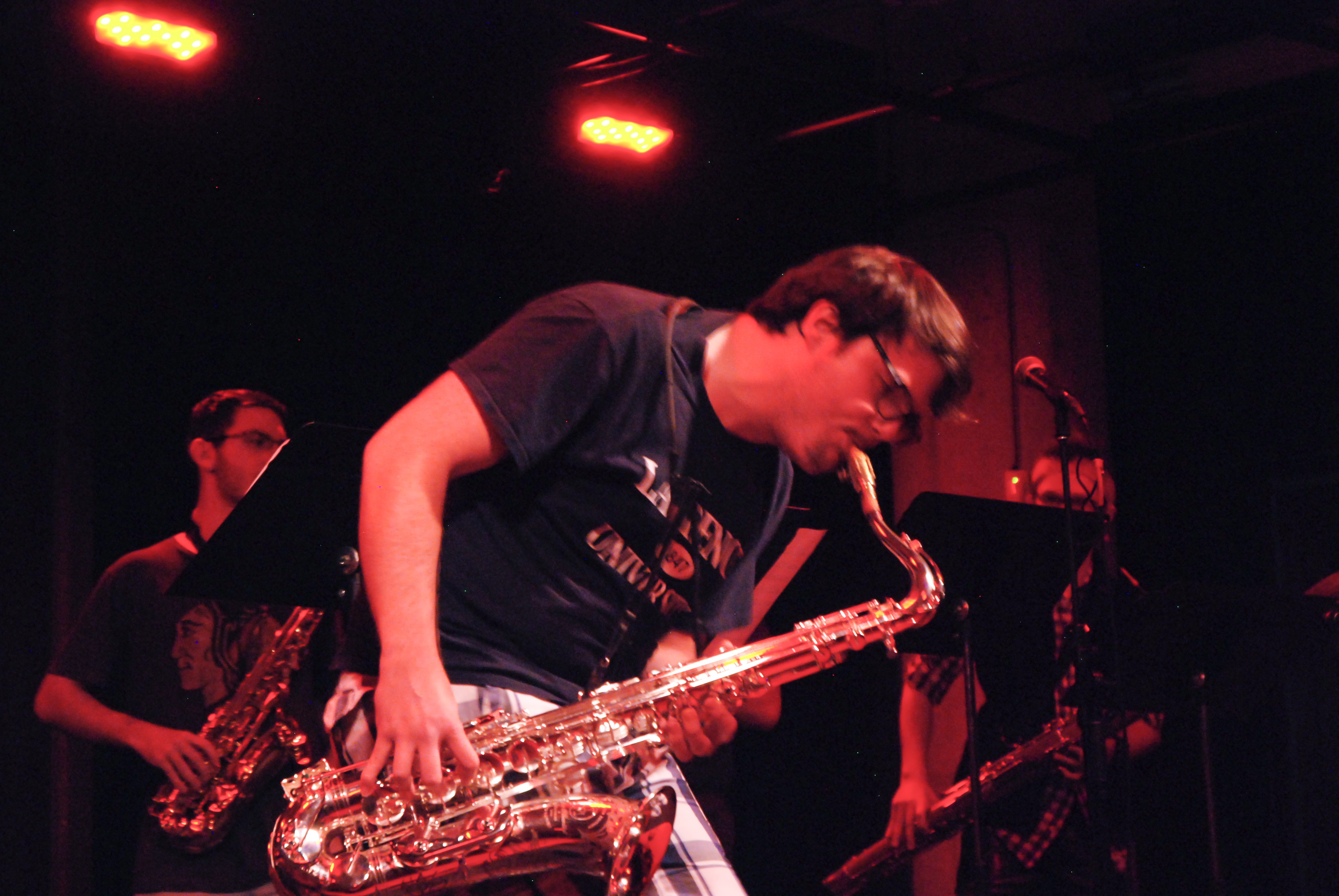