Junior Arianna Neumeyer jumps up for the kill.
Photo by Emei Thompson

With this loss, the Vikings are 5-11 on the season with zero conference games played yet. They are 1-1 while playing at home, 1-2 playing away and 3-8 playing on a neutral court.

Junior Arianna Neumeyer led the Vikings with 11 kills, paired with a team high 20 digs and seven blocks. Neumeyer wasn’t alone in trying to match Carroll’s pace on the court. Senior Arianna Cohen along with freshman Alyssa Peterson had nine and eight kills respectively. 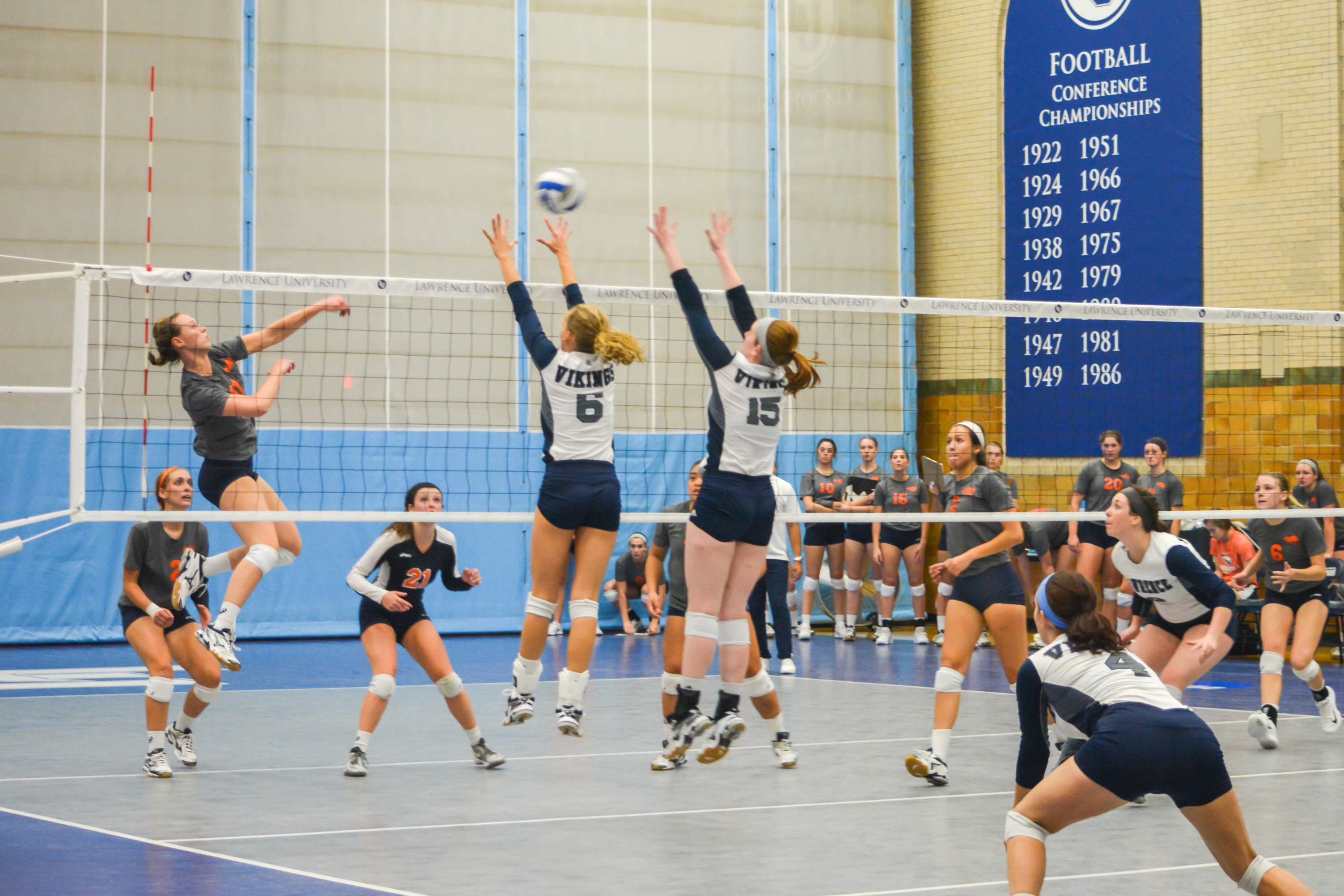 The Vikings started out strong two straight kills from Cohen, one set up by senior Sydney Nelson along with an attack error on the next point end set one. Carroll proceeded to win the next two sets. Lawrence rallied in the fourth to take a commanding leading before a kill from Neumeyer end the set.

During the fifth set Lawrence never saw the lead. Carroll rocketed to a 3-0 lead while the Vikings were clawing back in. After each deficit was overcome Carroll would take control again until it became 13-10 Carroll.

Once again, the Vikings would need to claw themselves back, and again Neumeyer provided them with hope. Two timely kills brought the game to one 13-12. However, a quick kill along with a bad set ended Lawrence’s chances at a comeback.

Junior Katie Kumbalek said about the defeat, “We really came together as a team and worked hard, however I think we can improve on our all-around consistency for our matches this week.”

The volleyball team will play on Sept. 27 and again on Saturday, Sept. 30, both at home.

Junior Arianna Neumeyer jumps up for the kill. Photo by Emei Thompson On Thursday, Sept. 21, the volleyball team had a home match against non-conference Carroll University. If you weren’t at this game, know it was a nail biter — each set (excluding the second) was decided by four points or fewer. Carroll won three…