Imagine having a full year and the proper funding to travel the world in pursuit of knowledge and experience with a subject explicitly catered to your own individual interests. Imagine the chance to further examine a favorite hobby, to follow a passion or to go beyond what one learns in an academic setting. The Thomas J. Watson Fellowship, described by the Dean of the Lawrence Conservatory of Music Brian Pertl as “a non-academic experiential fellowship meant to give students of exceptional promise a year to explore their dreams and passions,” allows a select number of seniors just such an opportunity.

Forty schools designate four finalists to be potentially chosen by the Watson Foundation representatives to receive $30,000 in order to fulfill dreams of travel and exploration. The four finalists from Lawrence this year highlight just the kind of creativity and individuality that characterizes Lawrence students as well as recipients of the Thomas J. Watson Fellowship.

The Lawrence finalists with their respective projects are as follow: Senior Lindsay Holsen, “The Afterlife of Food: From Table to Farm,” Senior Tamanna Akram, “From Stage to Society: Empowering Communities Through Theatre,” Senior Jamil Fuller, “The Spaces Between the Notes: A journey of Song” and Senior Eli Cauley, “Why Make? Why Play? Video game creation around the globe.” These topics give a sense of the wide variety of possibilities which students have when planning a year of discovery. 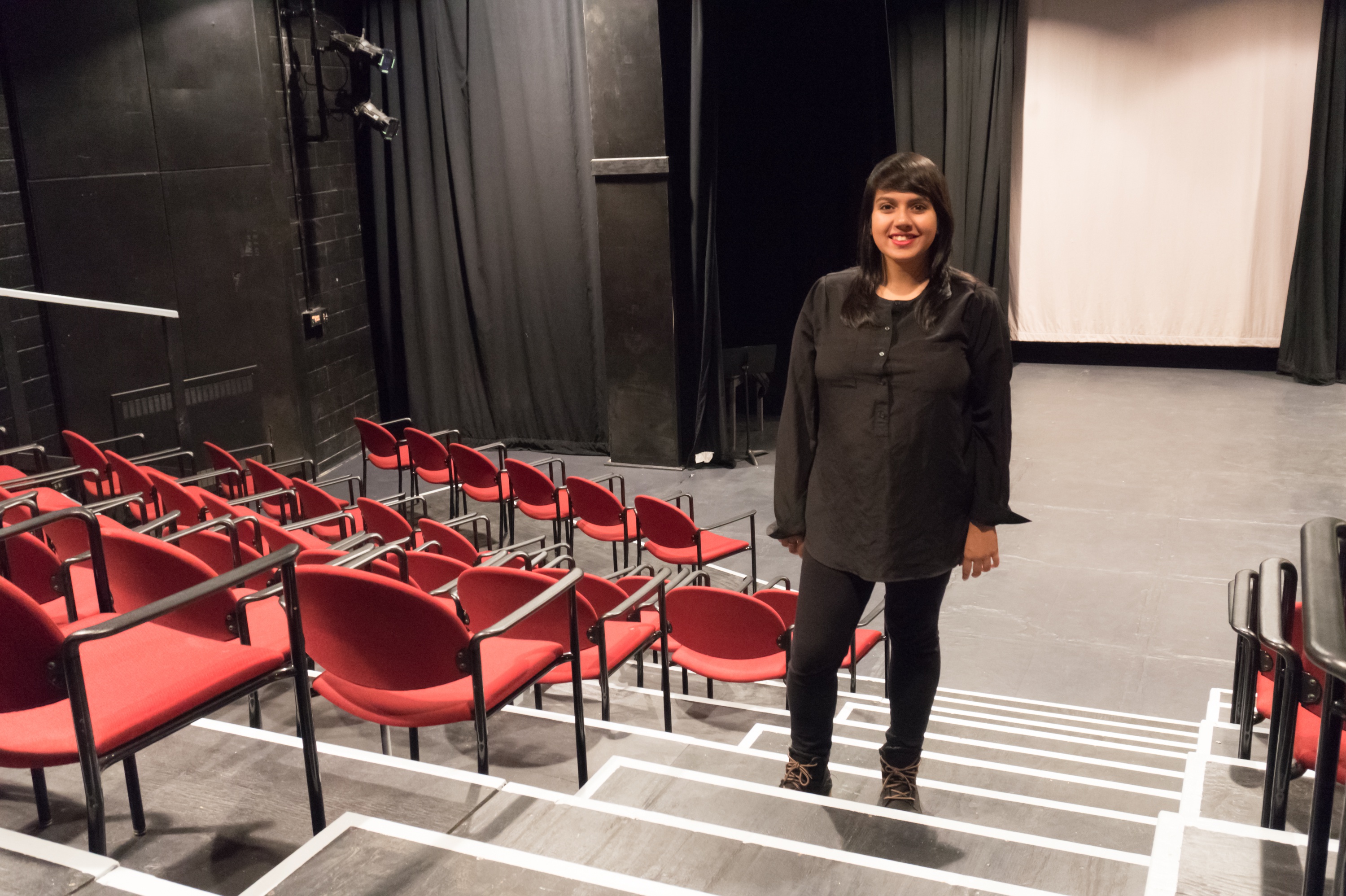 Senior Tamanna Akram, one of four Lawrence students nominated for the Watson Fellowship in the theatre.

“I wanted to engage and immerse myself in cultures with strong singing traditions in which the vocal technique differs greatly from what I study here and what I grew up on,” said Fuller. Fuller plans to study singing with specialists in a variety of countries. Azerbaijan, Southern India, Spain and Mongolia provide the opportunity to study music with different scales, modalities and techniques from those of Western culture.

According to Fuller, this allows him to study sub-theme such as “musical styles and traditions that have additional pitches not used in the Western Canon and not intricately perceived by people who grow up in Western traditions of music.” The styles of music which Fuller hopes to study in these countries include Mugham, Carnatic music, Ragam, a type of Flamenco called Cante Jondo and throat singing.

Cauley, drawing on several years’ experience in creating video games, decided to gain a further understanding and appreciation for the wide variety of video games and how they have developed in various cultures around the world. With this interest in “exploring collaborative and non-traditional video game development communities around the world,” Cauley hopes to “be able to both learn from and collaborate with artists and developers from the Netherlands, Brazil, Japan and the United Kingdom.”

Holsen and Akram further discussed their backgrounds and how this influenced their fellowship projects. Holsen explained how planning a Thomas J. Watson Fellowship project tied into a life-long passion: food.

Holsen recalled, “For a long time I’ve been interested in food. I would bake growing up all the time: I was the tennis team baker in high school, and I would start experimenting with food and try to make it healthier.”

After arriving at Lawrence and pursuing a double major in Biochemistry and Spanish, Holsen still managed to explore food, along with many other interests. Holsen has led Lawrence’s Food Recovery Network for a few years and is also a Sustainable Lawrence University Gardens (SLUG) leader. Holsen felt that these clubs helped shape an even more informed understanding of the various processes around food in current culture.

“A focus in popular culture right now is farm to table,” she explained, “[so] why not think about the whole process and say, ‘Well what about the part that’s table to farm, what is the influence of technology and policy and religious customs, expectations that change the way people cook their food, produce food and then bring it to the table?’ That’ll change what happened to [the food] afterwards, so really that’ll change the whole life cycle of food.”

Holsen hopes to explore the life cycle of food in Brazil, Denmark, Morocco, Japan and Indonesia.

Akram hopes to use the Thomas J. Watson Fellowship to explore the many ways in which theater can impact and empower people and communities. Having been president of Lawrence International (LI), and currently serving as Lawrence’s International Admissions Intern and a CORE leader, Akram showed a high level of commitment to several interests.

Akram explained, “I didn’t declare my theater major until the end of my sophomore year because for me, when I was back at home, a theater major isn’t something that people would usually do, [but] theater [played] a very important role in my life growing up.”

“I am looking at how theater empowers different communities and people around the world, not just through acting but through all that behind the scenes work that goes on unnoticed most of the time,” Akram explained. Among the countries which Akram hopes to visit are Ghana, South Africa, Costa Rica, England, Ireland and India.

For the 40 schools which participate in the Thomas J. Watson Fellowship, only 40 students will be finally selected, despite four students representing each school. Pertl, who helps to review applications and interview candidates for initial selection from the Lawrence pool of competitors spoke about Lawrence’s participation in the process of pursuing the Watson fellowship.

Generally, Pertl says around 15 to 25 Lawrence students apply for the initial selection process. Having once been a Thomas J. Watson Fellow himself, studying the didgeridoo in Australia and Tibetan Buddhist chant in Tibet and India, Pertl avidly encourages other students to take the same life-changing opportunity.

Currently, Pertl mentioned that alumna Sam Genualdi ‘17 is “on his Watson” now studying improvisation around the globe. There has in past years also been “a canoe building Watson and a Watson studying the Indian diaspora.” Pertl encourages all rising seniors to consider this opportunity.

Though the final four students competing for the fellowship should have the projects thoroughly researched and planned, Akram mentioned that there is some room for revision. “A lot of things might change by the time you apply and by the time you get there, like some of the organizations I want to work with [might not] exist anymore or maybe there’s a travel warning for the country, so you can still revise your plan and where you’re going.”

Senior Lindsey Holsen, one of four Lawrence students nominated for the Watson Fellowship, in the Sustainable Lawrence University Garden (SLUG). Photos By Larissa Davis Imagine having a full year and the proper funding to travel the world in pursuit of knowledge and experience with a subject explicitly catered to your own individual interests. Imagine the…