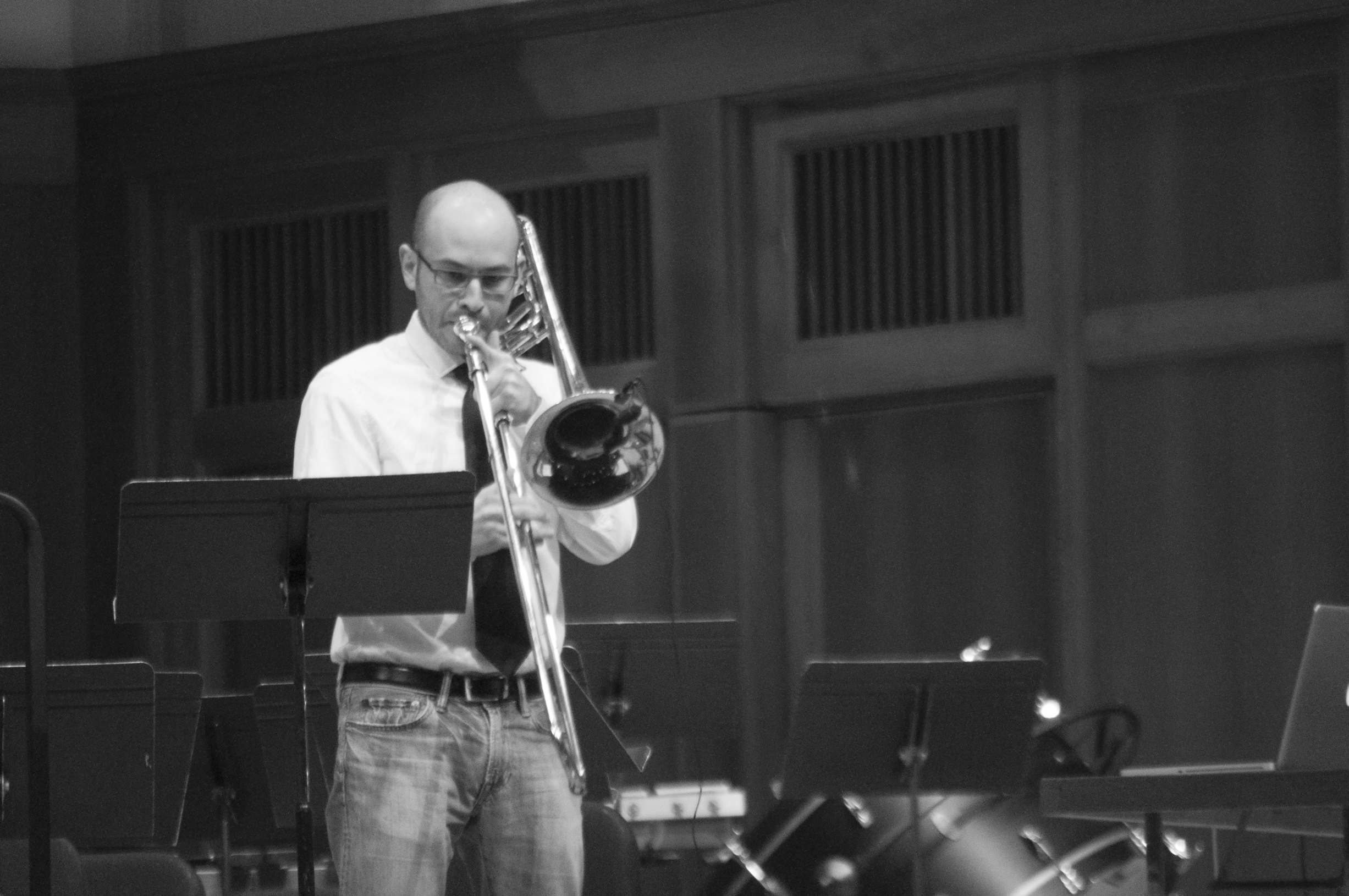 The Society for Electro-Acoustic Music in the United States held its annual music conference at Lawrence University Feb. 9-11. A national conference, SEAMUS is held at different institutions each year.

Asha Srinivasan, assistant professor of music and this year’s SEAMUS organizer, talked about her aspirations for the series of concerts that occurred throughout the weekend. “I wanted it to be a really good conference for people to come to,” she said. “The goal was to have people come and enjoy Appleton and Lawrence, to enjoy the concerts and to have everything go smoothly.”

This goal, according to Srinivasan, was met. “It went really well, and [I had] several people tell me that it was one of the best SEAMUS [conferences] that they’ve been to.”

The weekend included, in addition to more traditional performances, pieces with fixed tracks and no performers. Several installment pieces in particular used iPhones, a Nintendo Wii, Twitter feeds projected into block speakers and even a 1960s synthesizer, which was interfaced with digital music.

Paper presentation topics ranged from glitch music to music robots. At the discussion panels, the topics were more education-based. One centered on the incorporation of interactive electronic music in the education of elementary and high school children, while another discussed how particular software can better increase the mobility of those with physical disabilities.

One benefit to holding the conference at Lawrence, according to Srinivasan, is that it will help to “put Lawrence on the electronic music map.” This in turn will allow students a chance to better engage with electro-acoustic music. Because electronic music is a developing field, Srinivasan hopes that it is something that Lawrence students, who are just beginning their music careers, can get excited about.

In fact, Lawrence students performed in several pieces throughout the weekend, and two student composers, seniors Daniel Miller and Lawton Hall, were featured. Srinivasan noted that all the conference pieces were selected through peer review. She commented, “We didn’t pick the pieces. All of the works were sent to thirty or so external judges. […] The fact that LU students had pieces that were picked is impressive, because they submitted like everyone else.”

Another benefit of hosting the SEAMUS conference at Lawrence is that students and faculty alike were able to meet with other electronic music performers. Erin Lesser, assistant professor of music and flutist, explained that some valuable connections can be built through these conferences.

“I do a lot of work with contemporary composers,” Lesser said. “I’ve known all three of the composers I’ve worked with [in pieces at SEAMUS ’12] for many years now. […] These kinds of conferences are really meaningful for building relationships, and composers are always looking for performers who are interested in performing. It’s really a mutually beneficial relationship.”

Lesser performed three times during this SEAMUS conference, once with six performers, once in her duo Due East and in a final solo piece on Saturday night. Lesser finds SEAMUS, which she has attended for several years, to be an important type of event for faculty and students. She noted, “A lot of the music showcased here is very new, with new interfaces, computer software, cutting edge music and technology happening [and it] is important to know about these as young musicians.”

“Like any conference,” Lesser said, “it’s about networking and making new relationships that lead to new ideas, new compositions, which is how I ended up playing the pieces I did.”

Srinivasan and Lesser agree that the SEAMUS conference is about more than electronic music. It is about new technology, new ideas, the mutually beneficial relationships created and the opportunity to look to the future in an area of music that is developing right now and, literally, right here.