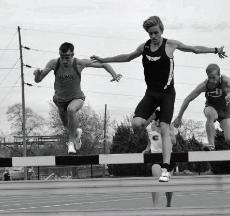 Cooper Smith
Men’s TennisWhat is your favorite memory from this year?
My favorite memory has to be coming back from an ankle injury and beating St. Norbert for the North Division – I won both my singles and doubles matches.
What are you looking forward to for next year’s season?
I’m looking forward to improving upon this season and being on a team that is truly close with one another.
What was the biggest challenge that the team had to overcome this year?
I think the biggest challenge was overcoming the difficulties of having a small team that did not know each other at the beginning of the year. There were only seven of us throughout the year, and with four of us new to the team it took us a while to become truly comfortable with each other.
Do you prefer doubles or singles? Why?
I’ve always been more of a singles player. Doubles is great fun with Peter Mohr but my game is more suited to singles, as I rely on my consistency as a weapon to beat opponents.
How did it feel to win the MWC North Division?
Winning the North Division was incredible for a few reasons. First, Lawrence had never won it before. Second, St. Norbert’s are our rivals and we edged them 5-4. Third, I won both of my matches after only being back from injury for a few days. Also, it was the single greatest doubles match Peter Mohr and I had ever played together, and it was truly incredible to have both of us perform like that in a pressure situation.

What is your favorite event and why?
My favorite event is the 3000-meter steeplechase because I like to get wet.
What are your goals for the upcoming MWF championships meet?
While in most races I focus on getting a PR, at conference it’s all about scoring points for the team, which means racing for places as opposed to time. The goal is to place as high as I can in the steeple to gets some points for the team.
What is different with the team this year in comparison to last year, especially with the new coach?
The team feels a lot more organized and focused this year. Coach Fast wants to make sure we’re a disciplined group, which I really appreciate. Even though we still don’t have the depth to do much this year, I can tell that Lawrence track is moving up in the conference.
What is your favorite memory from this season?
D. Moe coming off weeks of injury to smash the 4×4!
Do you have a pre-race routine? What is it?
Other than the normal warm-up routine, I just try to stay relaxed. I tend to psych myself out sometimes, so I just envision myself running the race smoothly. 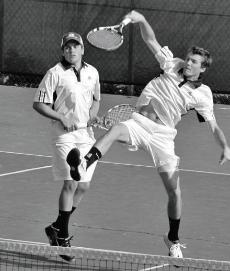 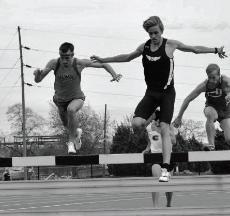 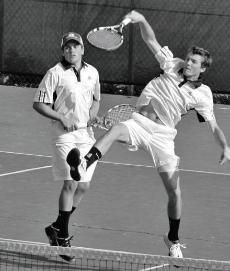