On Friday, September 14, five musical acts battled for a $500 cash prize at the annual LU Live competition in Warch’s Esch-Hurvis Studio. Following the Fall Activities Fair, both under- and upperclassmen joined together to watch the various acts. These acts included Jamil and the Litterbox Kids, LU Fiddlers, Krystin Williams, Yidi Zhang and Zion Wilkinson.

The first performers, Jamil and the Litterbox Kids, were only one of two group acts. Consisting of five members, Jamil Fuller ‘18, Sam Taylor ‘19, Ben Portzen ‘21, Jack Kilkelly-Schmidt ‘18 and Nolan Ehlers ‘19, the band had one of the strongest audience followings. Performing three songs, each with its own unique sound, the band had a tangible energy flowing between its members. The audience fed off of this immensely, to the point where the audience was dancing with Jamil by the last song.

The competition continued with the most classical group of the night, the LU Fiddlers. The four fiddlers, McKenzie Fetters ‘19, Amy Gruen ‘21, Wendell Leafstedt ‘18 and Trace Hybertson ‘18, performed stoically, though showed their personality through their song selections. All of their songs sounded as if they could have been pulled from a movie’s score. From an upbeat folk song to a more mellow and relaxed tune, the fiddlers were one of the most polished groups of the night.

A complete energy shift occurred when the third act, Krystin Williams ‘19, took the stage. Using her stage name Vixen, Williams brought R&B as well as rap to the LU stage. Similar to Jamil and the Litterbox Kids, Williams arrived with her own support group, causing some of the loudest cheers of the night. Her songs, one a sultry love song and the other a high energy rap beat, showcased Williams comfort in performing. As the only singer who performed over her own recordings, Williams created a kaleidoscopic sound with her musical layers.

After Williams, the fourth act, Yidi Zhang ‘20, sang in a jazz, swing style. Beginning with an operatic song that could have been pulled from “The Sound of Music,” Zhang exhibited a grandiose air of performance. During her final two songs, she switched to sultry, cabaret tunes, utilizing the rasp in her voice to display emotion. Zhang’s performance was one of the most interesting of the night as she performed her songs in concession with each other, giving herself no break to catch her breath.

The final performer of the night was the most surprising. Freshman Zion Wilkinson took the stage with his guitar and harmonica.  As soon as he began playing and singing, the audience was audibly supportive of him. Giving off a 1960s Bob Dylan vibe, the freshman had no hesitation while performing. Having only prepared one song, he asked the crowd if he should play another, which was answered with a resounding “yes.”

After the final act, a panel of three judges deliberated on who the winner should be, based off of audience reaction. Once they emerged, Zion Wilkinson won the $500 prize. Easily the underdog of the night, Wilkinson’s folk won the crowd over with his sincerity and free spirit. 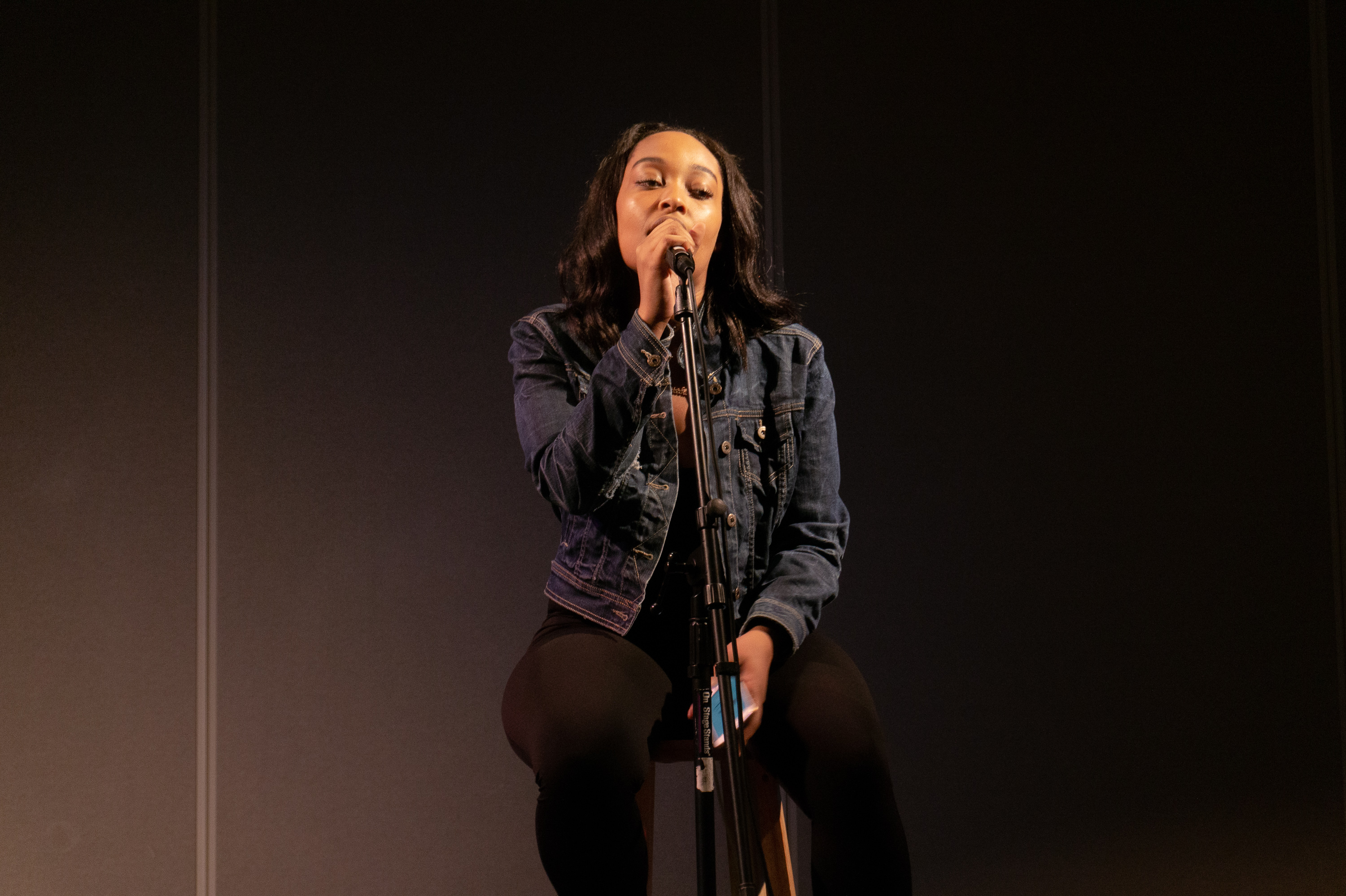 Senior Krystin Williams raps at LU Live. A large group of her friends supported her in the audience. 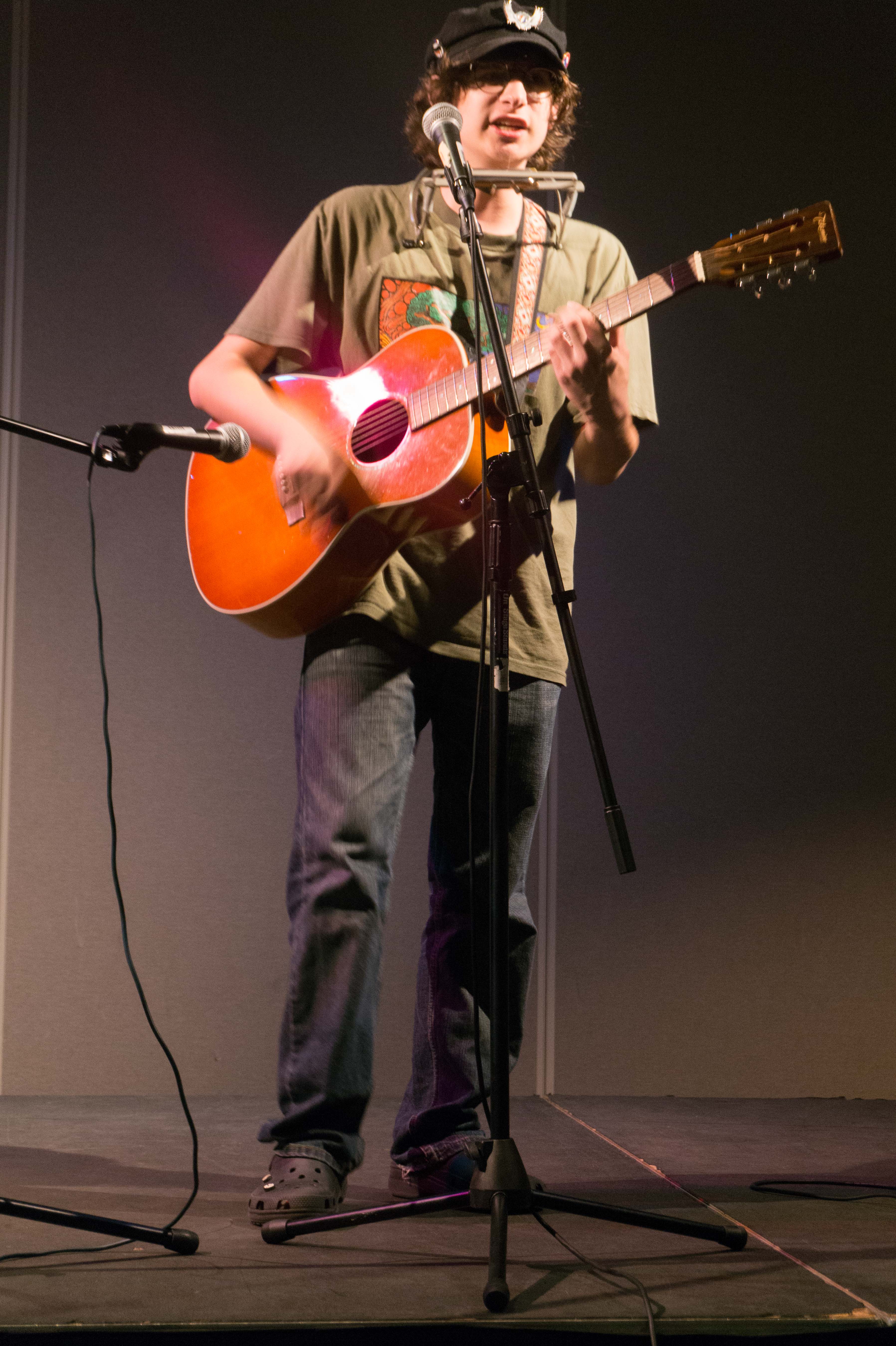 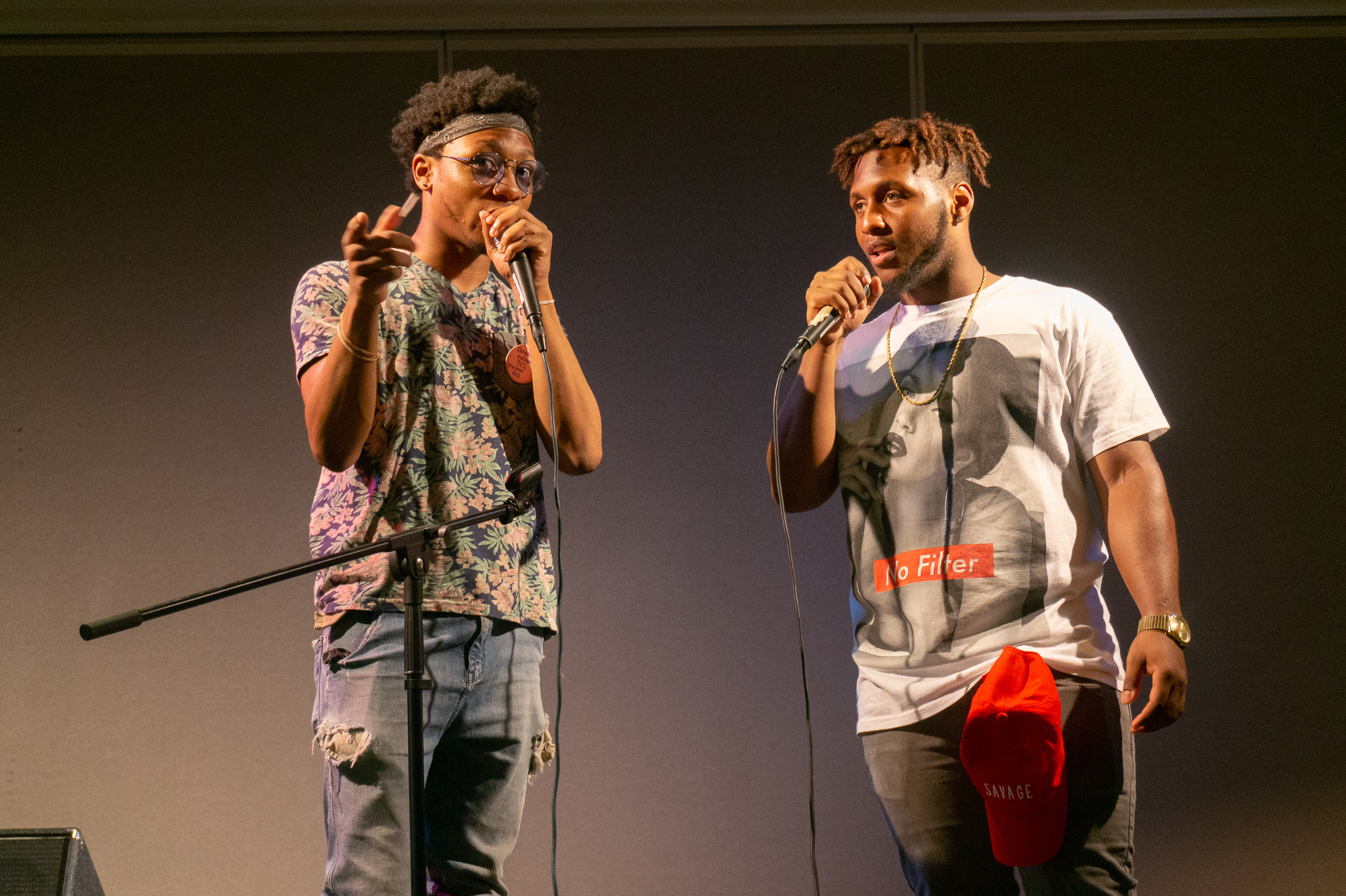 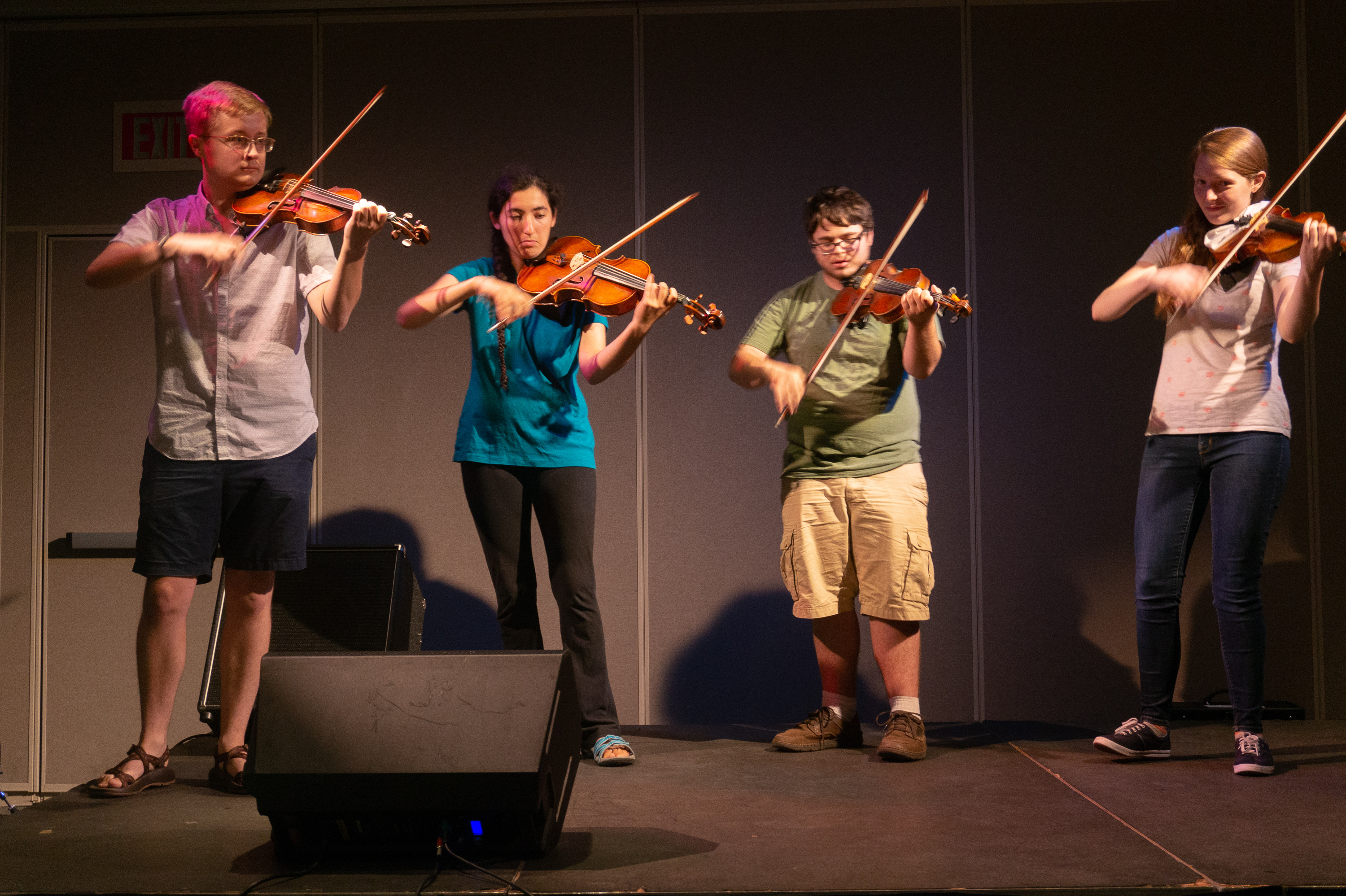