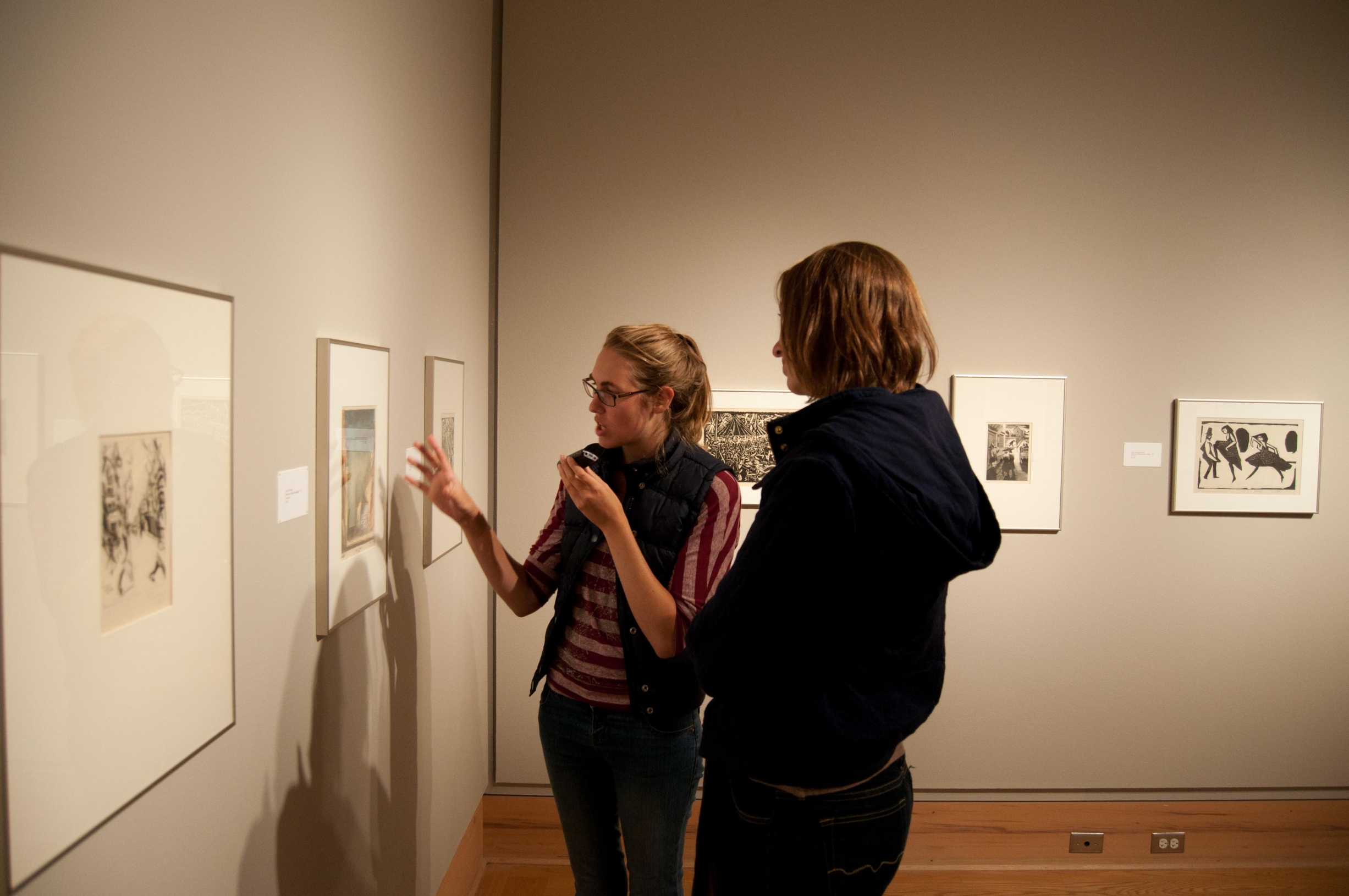 The subject of this lecture stemmed from the upcoming centennial anniversary of German composer Arnold Schoenberg’s premiere of “Pierrot Lunaire.” The Conservatory of Music will host a performance of this October 7 at 8 p.m. in Harper Hall, featuring guest soprano Lucy Shelton and celebrating the revolutionary work done by Schoenberg in the early twentieth century.

In a fusion between art disciplines, the lecture began with a performance by Associate Professor of Music Matthew Michelic, who opened audience’s ears to German style composition of the early twentieth century as he performed the third movement of Paul Hindemith’s “Op. 25 No. 1” on viola.

Instructor in Art History and acting Director of Wriston Art Gallery Leslie Walfish then delved into visual art’s part in the Expressionist movement, showing works by artists such as Ernst Kirchner, Erich Heckel and Karl Schmidt-Roffluff, members of the German group “Die Bruche,” who broke tradition through simplification, abstraction and distortion of reality in their art.

Assistant Professor of Music Erica Scheinberg then moved into the musical realm and focused on the work of Arnold Schoenberg, who was a contemporary of Wassily Kandinsky and was greatly influenced by the visual arts of his time.

Professor Scheinberg presented musical works of his that avoided convention through extreme dissonance and complicated melodies, moving toward a period of atonality, a distinguishing period of Schoenberg’s musical career.

Included in the “German Expressionist” exhibition were works exemplified in the lecture, helping audience members to realize the characteristics of this period in works of art. Paintings and prints exemplified the bold colors, primitive and folk ideas and abstraction of expressionist artists, representing the anxiety, insecurity and disconnectedness felt in the early twentieth century.

The second exhibition, “Andrew Rogers: Rhythms of Life” then added another dimension of artistic style through photographs of massive stone structures created by contemporary artist Andrew Rogers. Rogers is a sculptor, and his “Rhythms of Life” exhibition is comprised of 49 stone sculptures across 13 countries around the world.

As is characteristic of the Expressionist period, artists and musicians encouraged the melding of disciplines. For those of you who studied Kandinsky in Freshman Studies, you may recall that he points out the important relationship between music and visual art and how the former could “express the inexpressible” through sound.

Kandinsky and Schoenberg would have been proud to see Conservatory students on the other side of College Avenue, intermingling with visual artists and students of this period in the arts.

No matter your major or area of study, this exhibition is filled with works and ideas that continue to influence and intrigue us, reminding us of the role that art has in shaping history, culture and society. These exhibitions will be on display until November 20.