Members of the community turned out to support the cause of immigrant rights.

The intentions of this rally were to bring light to personal accounts, discuss the treatment and rights of immigrants and to educate how to help out in these sorts of situations. In addition, the organizers wanted to raise the awareness of the experiences of undocumented immigrants and encourage people to make changes by voting.

The current presidential administration has posed restrictions on immigration with a travel ban, H-1B Visa Program and building up a border wall with Mexico. There has not been clear path for people to immigrate to the U.S. legally.

Being able to afford the 10 to 20 years of waiting for citizenship seems impossible for some people, so they immigrated “illegally.” Many students and several locals attended this rally, and some of them expressed their unsafe feelings, powerless and hopeless under the specific political moment.

Israel Del Toro, an assistant professor of biology at Lawrence was the first speaker. Del Toro shared his personal experience and called on the immigrant rights to vote. As a first generation Mexican-American, he asserted, “We are not lazy, we are not looking for hand outs, we certainly aren’t rapists, murders, criminals or thieves.”

We are not a threat to the American way of life, but we are what embodies the values of diversity in this great nation,” Del Toro said.

His family members first came to California in the late 1960s and early 1970s to work in the fields. Some of them came here with government permission and others have remained undocumented for over 30 years. Even under the circumstances that Del Toro’s mother and grandmother had multiple jobs to sustain the family, they asked Del Toro to focus on his studies. They knew how important education was for the future generations, and they wanted their descendants to benefit from their hardship, not from handouts or stealing jobs.

The second speaker was Momin Panhwar, a student at Lawrence. Lacking the mandatory documentations, going to school here and hoping to make this country better, he asked, “Am I an American?” The answer for him was, “I don’t know.”

Panhwar claimed that he has been living in uncertainty since he was 16. He said, “The idea of citizenship and the American dream was right in front of me, but it was completely out of my reach as well.” Lawrence is like a bubble for him where the real-world problems disappear, but this bubble was poked because immigration services showed up in Appleton.

He felt hopeless and pointless that his life might be taken away from him. Consistent with Del Toro, Panhwar also urged people present to make actions for changes. “To make a change while we are here, to educate others, to improve this country so that those who come after us find a better place than we did,” Panhwar concluded.

Several attending students also shared their personal experiences. Then participants moved to the Lawrence Memorial Chapel to hold a protest.

Junior Jessenia Zelaya, sophomore Kelly Vences, sophomore Yuritzi Madrigal, junior Caro Granner, senior Abbey Miranda, senior Nicole Crashell and sophomore Andrea Lara planned this rally when they knew Immigration and Customs Enforcement (ICE) was in Appleton. They provided solutions on posters if ICE comes to your door such as “do not open doors,” “remain silent” and “report the raid.” 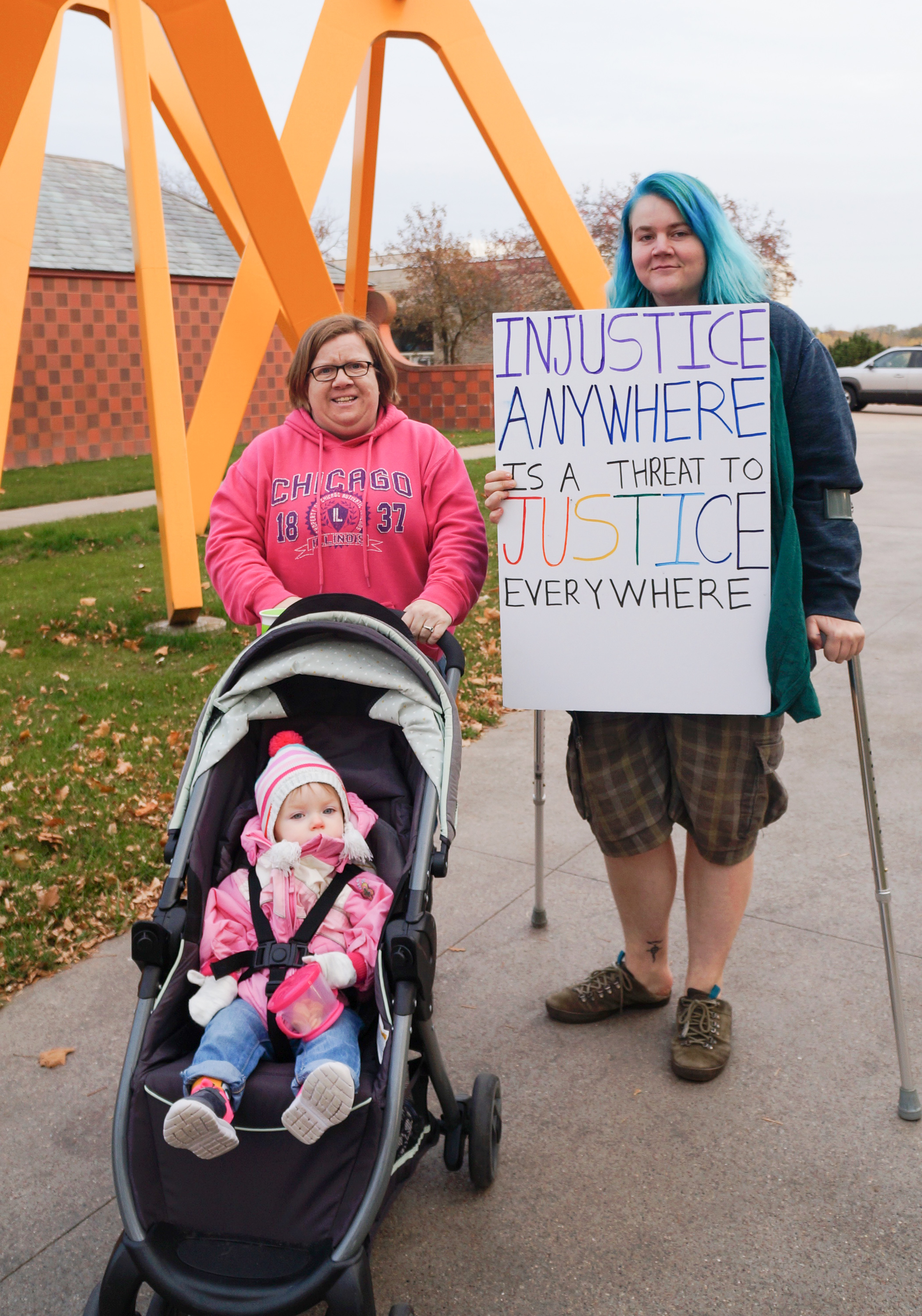