Dan Egan is a long-time reporter at the Milwaukee Journal Sentinel.

On Monday, Feb. 12, journalist and author Dan Egan visited Lawrence to speak to participants in this term’s community read, The Death and Life of the Great Lakes. The class this term consisted of multiple small group discussions lead by various professors in the departments of biology, environmental science, government & international affairs, geology and chemistry. All students, staff and faculty were invited to participate.

The visits were three open-format Q&As with Egan. Dozens of community members attended each of the sessions held in the Pusey Room in the Warch Campus Center. Egan began by introducing himself as a journalist with the Milwaukee Journal Sentinel since 2002, although he has been on alternating leave and sabbatical from the paper since 2011 when he began writing his book.

Egan described how he became interested in writing about the Great Lakes, explaining that after college he worked in Idaho, Utah and Yellowstone for a while and when he returned to the Midwest he saw the Great Lakes in a different light. “I didn’t know I had this passion until I came back from the desert,” Egan joked.

He began reporting on the lakes in 2002, and later adapted his article series into The Death and Life of the Great Lakes. The deal for the book sold in February of 2014.

The book, released in 2017, covers the history of European settlers’ interactions with the lakes and how modifications to the environment—specifically the creations of the St. Lawrence Seaway and the Chicago Drainage Canal—have affected the ecosystem of the lakes.

The book focuses mainly on the invasive species that these man-made waterways have left the Great Lakes vulnerable to. “We had a closed system until we started punching these canals through,” Egan said at the Q&A. The non-native species currently inhabiting the lakes include sea lamprey, zebra mussels, quagga mussels, alewives and several species of Asian carp. For each of these species, the book details the efforts taken by scientists and policy-makers to deter or remove the invaders.

Egan talked about the difficulties he faced in adapting his region-specific writings into a book aimed at a more general audience, especially readers that did not have any personal stake in the well-being of the Great Lakes. In his book, Egan emphasizes that every person should care about the lakes, as they are an important resource now, and in the future they will likely become even more important as water becomes more scarce. Egan said that the lakes belong to everyone, not just certain cities along their shores or the shipping industries with economic interests around the lakes.

One attendee asked if we have a responsibility to keep trying to find solutions to invasive species. “I don’t know what the answer is,” Egan responded honestly. “The less we try to make it what we want it to be, the better off it is.”

Following the Q&As, Egan signed the books of attendees. On the overall conflict between humans and nature that exists in the Great Lakes region Egan said “It’s a tension that’s been here for a long time and that’s going to be here forever.” 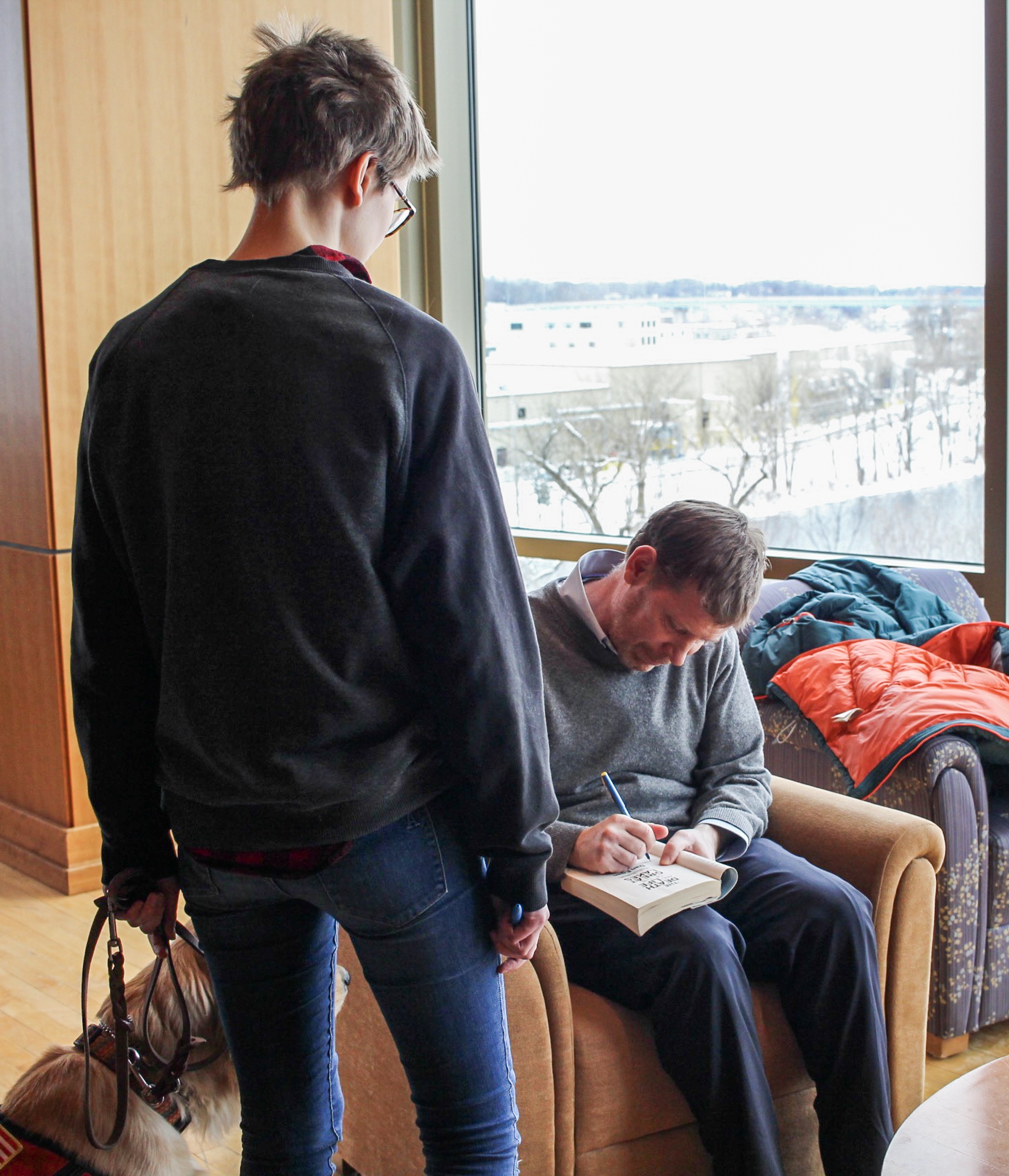