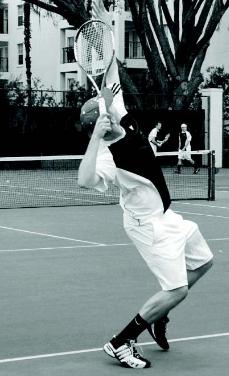 Adam Ferguson: Men’s GolfWhat has been your favorite memory of your four years golfing
at Lawrence?
My favorite memory would be my first tee shot at my first practice. Being nervous and excited at the same time was awesome
and it’s something I will never forget.
What do you think of the Tiger Woods scandal?
I don’t really care about the Tiger Woods scandal. He had issues in his personal life and that is of no concern to the general
public. Tiger is just an exceptional golfer and is no different than anyone else.
What are your goals for the rest of your senior season?
This is my last year and I want to win conference. We are improving each round as a team and hopefully we can continue
that trend next weekend.
What got you started playing golf?
I started playing because my brother played. I tried it and I liked it!
What is the hardest aspect of golf?
The hardest part is staying focused and keeping your composure for 18 holes. Everyone makes mistakes on the golf course, even the pros. The hard part is making those mistakes cost you a small amount of shots. Golf is largely mental and staying focused avoids those big numbers.

Do you prefer doubles or singles? Why?
I don’t know. Doubles is fun because tennis is not a team sport except for doubles, and I like the feeling that it’s not just me out
there. I also really like my doubles partner. Singles is fun because it’s just you
versus the other guy. There isn’t time to fight against, just you versus him and the
better person wins.
How is the team chemistry this year?
Great. It took little while to get going because we don’t really play in the fall, the team comes onto campus and makes different groups of friends. It’s weird
coming in because as a freshmen, you don’t start the year playing tennis, so it took a little while. We are a very young, small
team, so we know each other well and are very close. We eat meals, hang out, [and] we do a lot together. We are much closer than we were last year.
What is your favorite part of being on the Lawrence tennis team?
Feeling like I am part of a family outside of the other areas of my life. And I like practice.
What are the teams goals coming into conference in a few weeks?
As a team, we would like to beat Grinnell and go to nationals. I think we are expected to beat everyone but Grinnell. Individually, [I would like] each of us to make it to finals of the conference tournament. Personally, I want to win the No. 2 singles tournament.
What’s your favorite memory from this season?
The week in Florida. It’s when we really got to like everyone
and played some good matches. 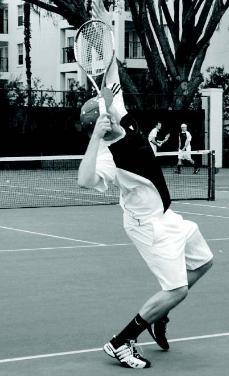