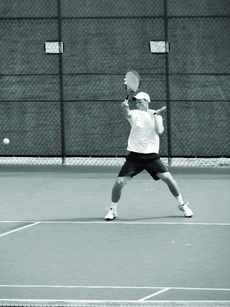 Shannon Murray
Softball1. You recently pitched a no-hitter, the second in Lawrence history, and the first perfect game in LU history. How did that feel?
I was really excited. Words cannot express how much easier it is to pitch in a game knowing that you have a strong, solid defense to back you up. We all worked really hard to get to where we have so that perfect game was really a team effort.

2. What are the team’s goals for the season and how are you accomplishing them?
The team this year is so talented. We are shooting for the conference win!

3. What’s your favorite part of college softball versus high school?
College softball is the best! It’s everything that I played 11 years for. In high school ball, the girls aren’t as competitive or connected. But in college, everyone wants to be there on the field every day and work hard to win.

4. If you could play any sport besides softball professionally, what would it be?
Even though I can only do half a cartwheel, I think gymnastics would be an awesome sport to do. I admire the dedication and strength those athletes have. Or dancing – you can ask any girl on the team, my head is like a jukebox and once I hear a song, I just can’t help but bust a move.

5. What is your favorite part about being a member of the LU softball team?
The best part of being on the softball team is the team itself. I can honestly say that this is the best team that I have ever played on. The girls are so together on and off the field. I feel like whenever I’m with them, that I belong and have a second family.

1. What are your individual goals for your senior season?
My individual goals are to win the conference at singles and at doubles. Also, it would be a dream come true to play at the national tournament, especially since this is my last chance.

2. What’s your favorite part about playing doubles with your brother?
It’s really fun to be able to play with my brother. My favorite part about playing with him is that we know each other so well that we can usually tell what the other is going to do just because we’ve played with each other so often. Also, he doesn’t take anything I say too personally because, well, we are brothers.

3. How is the team dynamic this season, especially with such a small roster?
Our team dynamic is absolutely fantastic. I think that because it is such a small team, seven guys, we have become a very close-knit group. And we have to be, because otherwise it could get frustrating playing with the same few guys day in and day out. We also have a very young team this year with three freshmen, one one-year student from Waseda, and two sophomores, so based on the year so far the team is going to be an extremely close group of guys for the next few years. They should also be very successful.

4. What are the team’s goals for this season?
Our ultimate goal would have to be to take the conference this year. We know that this is definitely going to be a challenge, but I think if we keep working as hard as we are it is definitely a possibility. We always have really close matches with St. Norbert’s, and of course Grinnell is always a very tough opponent, but I think our best shot at taking conference is this year. Aside from a conference championship, we hope to improve on our third place conference finish from last year.

5. How long have you been playing tennis and what got you started playing?
I started playing tennis probably around the time I learned to walk, but I began playing more seriously when I was 13 or so. It has always been such an important part of my life and I would have to attribute that to my parents. They are really what got me into the game. I remember watching my parents play when I was younger and I think that is what got me so interested in the sport. 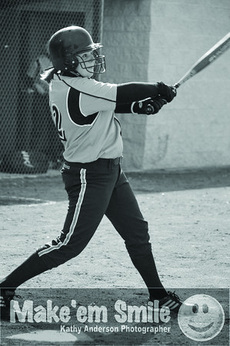