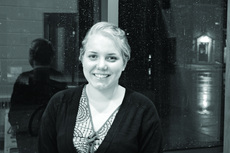 Grace Christiansen:
I began working for The Lawrentian as a writer at the beginning of my sophomore year and loved every minute of it, from the very first article – which I was so nervous about that I actually forgot to turn on the tape recorder during the interview – to my work as an editor over the past two years.
I’ve loved several aspects of the paper and cannot pick a favorite, but one that has been particularly important to me is the variety of topics covered, because this is also one of my favorite aspects of Lawrence more generally. By “variety” I mean that there are many, many sides to Lawrence and working for the paper has made me to learn about several of them. The very nature of a school newspaper forced me to explore Lawrence in a way that I do not know that I otherwise would have.
This exploration, of course, does not require an involvement in The Lawrentian; that was just my particular path. However, I believe that it does require a conscious effort. People get very busy at Lawrence and I know that I would not have gone to as many concerts, lectures and sporting events if an article deadline had not been the driving force.
So, my unsolicited advice is this: find some force to drive you and go explore Lawrence this spring term. Go to poetry readings, softball games, concerts, and just generally take part in the wonder that is spring term. This is especially true for seniors. Nostalgia has its place, but graduation is still a ways away and in the meantime there is still a lot to learn.Carolyn Schultz:
During my Lawrence career, I’ve changed my extracurricular interests the way some people change their major. As a freshman, I came to LU having played the cello for nine years and I wasn’t ready to give that up. Part of the draw I felt to Lawrence was the fact that I could participate in all that the conservatory had to offer while majoring in the humanities. I was extremely nervous about auditions for LSO. I believed I had more performance anxiety than anyone did and during my first week at Lawrence, I remember several panic attacks and emotional phone calls to my private teacher back home.
My freshman year in LSO was one of the most gratifying experiences I’ve had here, and is also the hardest I’d ever worked at the cello in my life. From studio classes, to technique classes, to practicing more than I ever had, it took up all of my extra time. But the feeling I got during a concert, the adrenaline high that kept me going all through the night – much better than alcohol, I might add – was the best feeling in the world and made all of the work somehow worth it. It is this feeling that I really miss.
I eventually came to realize that I wanted to do other things outside of the conservatory with my free time. Giving up the LSO experience was one of the hardest decisions I’ve made at LU but it allowed me to participate in other parts of the Lawrence community that I otherwise wouldn’t have – such as Habitat for Humanity and The Lawrentian. I wouldn’t want to have missed the benefits of these experiences either. So my advice to underclassmen: try anything and everything that you want to while at LU, you just may have the most challenging and wonderful experience of your lifetime, so far.

Michael Schreiber:
Being at Lawrence over the last few years has been really exciting. As a writer and editor for The Lawrentian, I feel I have had a unique opportunity to chronicle some of the changes that Lawrence has experienced.
In many ways, it seems like Lawrence has grown right along with the senior class. On the academic side, the fellows program came into its full power, bringing many fresh-faced faculty members to Lawrence. On the student life side, the building of the campus center substantially improved how students and faculty interact with each other and amongst themselves.
Fortunately, these changes have not gone unnoticed; the number of prospective students crawling all over campus has been burgeoning as of late. Indeed, Lawrence has been able to attract more, high-quality students over the last few years, which has improved all aspects of the Lawrence experience.
I think that being witness to Lawrence’s willingness to change and grow has given me a very good idea of what the “Lawrence Difference” really is. Hopefully, when I visit Lawrence in the future, the emphasis on education and student life will be the same, but Lawrence will have continued to grow in new ways that I never would have expected.

Alicia Bones:
I had a lot of trouble thinking of myself as anything but a singer when I came to Lawrence. In high school, I told anyone who would listen that I wanted to be an opera singer, that I loved music, that we should talk about Maria Callas and Maria Callas only for the next three hours.
Freshman year, my musical focus made my non-music classes more special to me in their rarity. I loved leaving the con behind and venturing to the basement of Main Hall for my Major British Writers class – I felt like I was leaving myself behind to cross the street for a Humanities Vacation. It was only supposed to be something to do on the side.
Eventually, however, the humanities took precedence in my Lawrence career, but it still took me some time to give up the identity of “Singer.” When I did, I ended up learning from my mistake: an identity should not limit my curiosity or inclination towards exploration. I don’t need grand pronouncements based on interest anymore: I write, I am not a “Writer.” I study history, I am not a “Historian.” Identities are one thing and interests are another, and Lawrence has taught me they don’t always need to overlap in order to be valid.
If at some point I sometime decide to claim a capital letter at the beginning of an interest – i.e. if I actually become “Truck Driver” or “Chocolatier” – a shift in commitment to this interest will not shake my core in the same way as giving up being a “Singer” did.

Melody Moberg:
I think Main Hall is the reason I came to Lawrence. A once-upon-a-time jazzer, I first encountered LU through the fall jazz weekend, which I attended with my high school ensemble. At the time, clunky bass and cheesy ballads in hand, the con seemed chaotic, confusing, loud, blindingly white.
During a break I wandered across the street to explore, and inevitably found myself inside Main Hall. The building had an immediate calming effect. The grandeur of the building – Latin library! Columns! Copula! Tables littered with literary magazines! – was countered by its quirkiness. Its age. Weird pictures on the walls of Strange Commons. A gurgling radiator, lulling generations of students to sleep before class. Chipped paint. Narrow stairwells. It felt right. I grabbed a brochure.
I don’t believe in disembodied ideas. What we learn inevitably speaks to us because of where we are, who we are, who we hear the ideas from, and often arbitrary, emotional, complicated relationships we have with thinkers, authors, physical books, type font. And, for me, the building’s tan painted classrooms and stained carpets will forever be tied to the concepts and stories I’ve encountered there.
Main Hall means professors with open doors, snarky conversations around the basement vending machine, midnight dance parties on its steps, relaxed afternoons on its lawn, working hard, hardly working and developing a sense of place, a sense of community, a sense of meaning.

Stephen Anunson:
My experience at Lawrence included all the normal life changing experiences – click “Home,” then click “Profile,” click “Home” again, click “Profile,” etc. – and revelations about the meaning of life.
I feel compelled to speak only on the positives – not necessarily because I want to, but because that’s the
kind of thing that’s supposed to fill this little “Write-About-Yourself-Here” space. We’re expected to come out of our four years at Lawrence with positive experiences we can share with potential donors and prospective students.
I’m not sure it is a good thing to spend so much time articulating the positives of Lawrence University with little mention of the ways in which it can improve. I’ve found that the campus doesn’t lend itself to balanced criticism. Perhaps because it seems to us to be so much better than the rest of the world around us we accept it for what it is.
Maybe instead we could do more to set the bar higher. “How?” You might be asking. Sadly, I’ve already gone over my assigned word limit for this article. Insert defense of this negative portrayal with an explanation that Lawrence really was positive overall here. 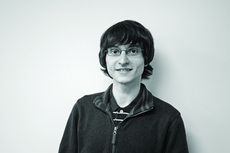