Tennis sweeps 2 of 3, Dunn named MWC Player of the Week 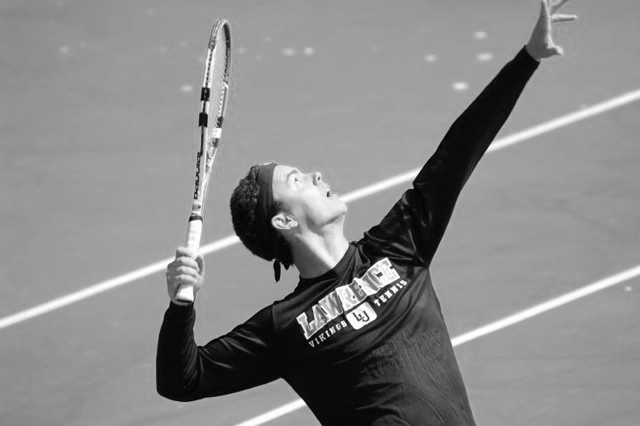 The Lawrence University men’s tennis team played three home matches last weekend against Illinois College, Ripon and St. Norbert. The Vikings slaughtered both Illinois College and Ripon 9-0 Friday and Saturday respectively, but lost a close match Sunday against St. Norbert (4-5). The team really appreciated turnout to the Friday match, with sophomore Jason Dunn noting, “Everyone played well, it was our first outdoor home match and it was great to have a lot of support from our fans in the stands.”

Dunn finished up the weekend Sunday with a 6-3, 7-6 (7-0) win at No. 1 singles and an 8-5 victory at No. 1 doubles vs. St. Norbert College. The weekend improved his record to 9-9 in singles and 8-11 in doubles competition. In response to receiving this award, Dunn modestly states, “I feel honored because there are a lot of talented players in the conference who deserve it just as much as I do.”

Although the Vikings played extremely well last weekend, the loss to the St. Norbert Green Knights took them out of the Team Midwest Conference Championships coming up this Friday. Despite the disheartening loss, Dunn remarked that “the match could have gone either way, and although we really wanted to go to the team conference championships, the other teams are very good and deserve to go.”

Sunday was also senior day for the men’s tennis team, honoring senior captain Roy Wimer, the only graduating senior this year, as he played the final home matches of his college career. Wimer played very well in his doubles match Sunday to win 8-6 at No. 3 doubles against St. Norbert. “Roy the-dirty-bird Wimer,” as his teammates like to refer to him, is a government major from Whitewater, Wisc. He was unable to play tennis for the Vikings last year because he had the amazing opportunity to study political science in Japan with the Waseda program.

He was dearly missed by his teammates, but returned this year with a lot of enthusiasm and leadership ability. Wimer notes that the most memorable parts of being on the Lawrence University men’s tennis team are the lifelong friends he has made, as well as the ridiculous memories he will “be able to tell the grandkids.”

In response to what he has gained from his membership on the team, Wimer remarks, “I appreciate how I’ve matured as an individual, starting out as a freshman and progressing to team captain. I also really enjoyed the contrast between respecting those who came before us, while creating our own legacy. This is the most dynamic group of guys that I have ever met and I look forward to staying in touch in the future.”

Although the team will not compete Friday in the team Midwest Conference Championships, they look forward to the individual conference tournament next Saturday and Sunday in Madison, Wisc. Saturday will be the singles competitions that will determine who wins the conference for each of the six singles positions. Likewise, the doubles competition Sunday will determine the champions for each of the three doubles positions.

The Lawrence University men’s tennis team has made us very proud this season while overcoming numerous obstacles, so wish our fellow Vikings luck as they head out to compete in the final matches of their 2011 season this weekend! 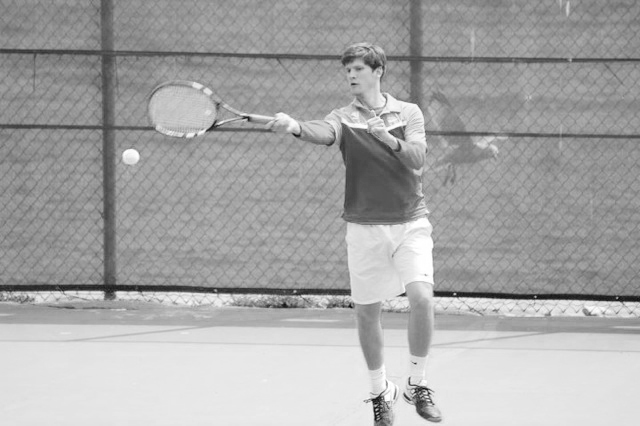