While you were out 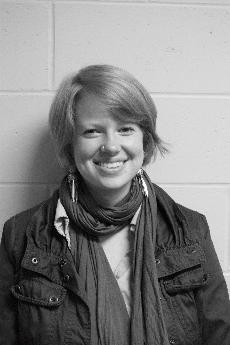 Every summer, after most Lawrentians have left town, some remain in Appleton in order to pursue research opportunities, jobs and internships. The Lawrentian interviewed a sampling of the summer community about their recent experiences on campus.Sylwia Matlosz ’12 worked with Visiting Assistant Professor of Chemistry Jay Stork, with whom she had previously conducted research last summer. She studied platinum dipyrrinato complexes, compounds that have a platinum center and dipyrrin ligands.
“Last summer I synthesized 5-phenyldipyrrin platinum complexes,” said Matlosz. “I continued my research this summer with 5-mesityldipyrrin.” These reactions afforded unique metal organic compounds with interesting crystallographic structures and properties. One of these compounds possessed a solid state – luminescence.
Matlosz enjoyed staying on campus while conducting her research. “It was nice to be at Lawrence without having to worry about school and to be able to focus on my research and to have a lot of free time,” she said. Outside of the lab, she experimented with cooking.

Ana Kennedy ’11, a gender studies major and government minor from Portland, Oregon, spent her summer working and giving tours for Lawrence’s Office of Admissions. “There are two tour times per day, and families come from all over the world to check out campus,” Kennedy explained.
Tour guides try to tailor each 75-minute tour to particular students’ needs, a task that makes the time more valuable for both the guide and the student. “The best tours are the ones during which you can get to know the students. I love when I can talk to prospies about music, books, summer jobs and how they feel about going to college,” she said.
As for living on Lawrence’s campus during the summer, Kennedy noted, “Honestly, I think people are just winding down from the end of their school year, and [the campus] is pretty relaxed and people are doing their own thing.” Asked about her favorite part of Appleton during the summer, Kennedy replied, “I do love the farmer’s market and going on nighttime walks and the summer storms.”

Alex Ajayi ’12 spent much of his summer doing research with Associate Professor of Psychology Beth Haines. “It was a learning opportunity for me,” he said. “Every little decision she makes she gives a lot of thought. She’s also very detail-oriented and I think that’s especially important when you’re doing research that involves a lot of data. I think these qualities make a good researcher and I was able to learn from her.”
His work focused on how sexual minorities cope with the discrimination and stress that come with their minority status and how external social groups can help to combat that experience.
Ajayi spent most of his summer formulating his own research questions by building upon Haines’ prior work with LGBT parents, looking at the results of her study and crafting his goals, ideas and questions.
Ajayi conducted interviews with 30 LGBT individuals whom he recruited from the Fox Cities and New York. Each interview was approximately 45 minutes long and was guided by a number of questions investigating the role of the individuals’ family members in providing social support, instances of prejudice and the coming-out process.
Ajayi traveled between Appleton and New York frequently during the summer. “I went home a lot,” he said. “But all in all it was a great experience. It gave me the opportunity to think and read and spend time by myself.”

Laura Streyle ’11, Sophie Patterson ’11, Stacey Day ’12, and Bethany Folk ’12 spent their summers on campus managing the Sustainable Lawrence University Garden. With help from intern Lydia Hynson ’13 and several volunteers, these students ensured that the garden stayed in shape throughout the summer months.
During the school year, SLUG operates with approximately 70 volunteers, so the drastically reduced summer staff meant increased responsibilities for all. Despite the heavy workload, Streyle described her summer on campus as a valuable and enjoyable experience. “It was nice being at Lawrence without the usual Lawrence stress… there were great people [on campus]” she said. “I feel like it is going to be an easier transition [into the school year] because I was already here.”
Working anywhere between 20 and 40 hours per week, the students planted, kept detailed records, and oversaw general upkeep such as pest maintenance. In addition to the day to day business, SLUG hosted a produce sale for professors and staff, and contributed items to special Bon Appétit events.
Beginning in August, SLUG provided Bon Appétit’s general dining operations with produce such as tomatoes, green beans, and chard. This arrangement, as in past years, will continue well into the fall.

Sade Parsons ’11 spent her summer at Lawrence working for the biology department. Parsons, a biology major from Kingston, Jamaica, researched the transcription factor DAF-19-A in Professor of Biology Elizabeth De Stasio’s lab.
Parsons explained that understanding DAF-19-A is an intricate part of recognizing the symptoms of neurodegenerative diseases like Alzheimer’s. This summer was Parsons’ second summer at Lawrence. “I would say that this summer was more enjoyable than the last because I had more friends who stayed this year,” Parsons explained.
Besides researching, Parsons worked as a summer RLA in Trever Hall. While she was happy to have all of her friends live in the same dorm, Parsons wished that conditions in the building could have been a little more comfortable.
“My least favorite part [of the summer] was the heat!” she said. “I wish we could have lived in a dorm with air conditioning, because the humidity was terrible this year! 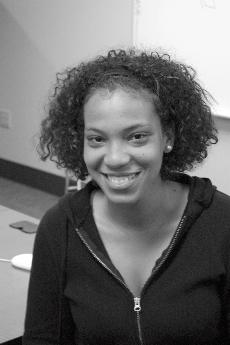 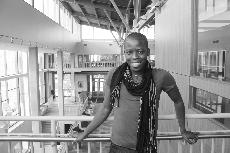 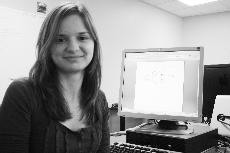 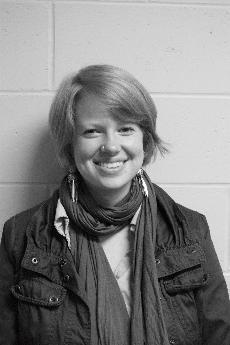 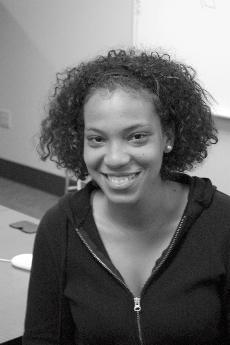 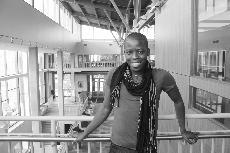 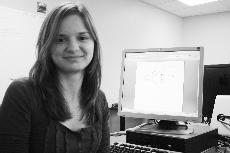