Senior athletes of the week 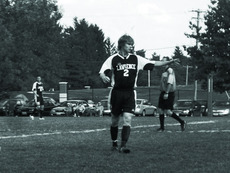 I asked each of these senior athletes what some of their favorite memories from their athletic experiences at Lawrence have been, what they will miss most about Lawrence and what their plans are for after graduation.Margaret Rhatican: Volleyball

My favorite memories of my athletic experiences at Lawrence center around the relationships I developed with my teammates. Since our first night on campus freshman year, the women’s basketball veterans corralled us freshman recruits to hang out together – and those freshmen from four years ago are my best friends to this very day. The experiences I’ve had with my teammates from the basketball and volleyball teams – games won and lost, dance parties in the locker room, the bus ride home from Grinnell in a white-out blizzard with the men’s and women’s basketball teams crammed on one bus, not getting home until 4 a.m. and then trying to find a place to park on campus, trips to Bjorklunden, volleyball preseason hydration, earning street cred together – I wouldn’t trade this for anything. Playing collegiate sports was the best decision I ever made; the experiences, life lessons and life skills are priceless and will stay with me for the rest of my days. I’d like to thank Coach Proctor, who wouldn’t leave me alone until I realized that Lawrence was the perfect fit for me. I’d like to thank my teammates for the time we’ve had together – I love every single one of you. As for my future plans, I’ll be in D.C. working for an anti-sex trafficking non-profit called Shared Hope International, missing Lawrence and those who remain and enjoying my – as defined in my first-ever Freshman Studies lecture in September 2006 – liminality.

Being on the fencing team at Lawrence has been a great experience. Probably the coolest thing is getting to compete against Division I athletes all the time, really getting a challenge. Some of my favorite memories include beating fencers from Ohio State. It was a great feeling, knowing that I somehow pulled that off. Also, being seeded in the top 20 at conference my senior year was pretty cool. I’ll miss all my close friends and awesome professors here at Lawrence. I will miss having such a close squad of guys to fence with, and people that I know I can test my mettle against. After graduation, I am going to be working for a year in a science lab setting, and then hopefully entering graduate school in the fall of 2011.

My favorite part of playing soccer at Lawrence has always been preseason. Who can forget the month of three-a-days, the bacon/ice cream social, team meals, “warm fuzzies” and Beth’s cooking, and the trips to Bjorklunden.
I will miss more things about Lawrence than I can name: Bones, DJ $crilla, Pilates classes, the Jesus table, P90x, Wine Tutorial, Cinnamon, the Chicken Suit and Wisconsin Beer Bombs, to name a few. After graduation, I plan to take a year off while applying to graduate school.

I’ve been lucky to be part of two conference championship teams and have been able to make two trips to the NCAA National Tournament. Most of the things that I will remember are things that didn’t even happen on the court, and that’s a testament to the guys and girls – our managers and trainers – that have been a part of the Lawrence basketball family. However, my favorite basketball-related memory was my sophomore year when we beat Carroll in the conference tournament championship game at Alexander Gymnasium. We were down by 18 points in the second half and battled back to force overtime where we eventually won and earned a spot in the NCAA tournament. The atmosphere at Alexander was insane and I still get the chills thinking about that game. I won’t miss the strict fireworks regulations around Hiett Hall. But on a serious note, I’ll miss seeing my roommates everyday. They’ve become my best friends and I’d be lying if I said it won’t be weird not being around them all the time. I’m also going to miss the college lifestyle. This is the only time of our lives where it’s acceptable to lay around all day, do nothing and then go out and have fun. I’m planning on attending Cardinal Stritch University in Milwaukee for grad school. I’ll be pursuing my master’s in sports management. I also will be working at my high school in Racine, St. Catherine’s, as some type of assistant in the athletic department and I will be helping coach basketball as well.

It would be very difficult to choose any one moment during my swimming career at Lawrence as my favorite. My entire experience of being a student athlete is something that I will never forget. It really helped me get through the difficult times that every Lawrence student has to confront. The memories that I will hold most dear are the ones where individual struggle met with unwavering support from the entire team. There is nothing like standing behind the block right before your race and seeing your teammates lining the sides of the pool and at the end of your lane screaming their heads off for you. That special bond stemming from the weeks of self-torture that is swimming is one that will never break and that I will never forget. I will definitely miss the bubble. Having all your friends in one place and so close makes it more like a family. I find it hard to believe that many of the people that I’ve met here won’t be a part of my life after Lawrence. Oh, and the V.R., of course! I plan on becoming a pro beach volleyball player and making it to the 2012 Olympic Games and bringing home the gold for Poland! After that I will go into retirement and begin my rigorous training to become the polka-dancing champion of the world. Once I’ve done that… I’ll probably just wing it and see what happens next.

I was a four-sport athlete in high school, and it was refreshing to get back into it last year as a junior. I am mostly just so glad that I was able to meet the girls on the team – they’re great! I had a lot of fun playing ball, dancing and riding in strollers with them over the last couple of years. Don’t ask. I’m not really sure what I’ll miss the most about Lawrence. There are lots of things I won’t miss… and a few that I will. I’ll really miss my friends and the faculty, who have helped me accomplish so much over the past four years. And I’ll miss the chicken tenders. I’ll just be in the Mills, though, so I won’t be too far away! After graduation, I’ll be at a summer opera program in Duluth. Then I have two semesters of student teaching next year, so I’m not quite finished with LU yet…

I always remember our team celebrations after a big win – doing our victory cheer and then blasting the Red Hot Chili Pepper’s “Snow” on the stereo. I’ll definitely miss playing hockey with and being around my friends all the time. The hockey team is such a close-knit group and I’ll miss all the camaraderie. After graduation I’ll be going back to my home state of New Jersey to attend law school at Rutgers University.

My favorite memories: Halloween parties at Babos, Elliot Spruell’s; road trips; card games such as Killer; playing mafia and building bonfires at Bjorkland Inn; my first collegiate goal my freshman year; playing all the different positions except goal keeper; Carlson giving the people’s elbow to an opponent. I will miss the competitive aspect of playing collegiate sports. I will definitely miss all of the friends I have made here, but know I will see many of them in the future. I’ll miss the V.R. and Bjorkland Inn. I will miss the opportunity Lawrence gave me of studying abroad in Costa Rica. I am going on to graduate studies in peach breeding – using gene
tic approaches to improve the quality of peaches – at Clemson University in South Carolina starting this summer. I am ready for the challenge, but one thing I will not miss about Lawrence is the freezing cold winters. 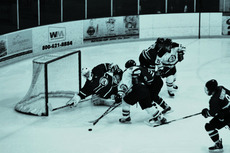 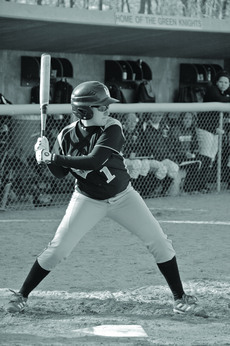 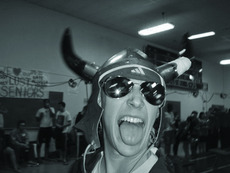 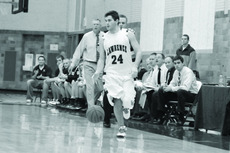 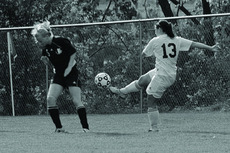 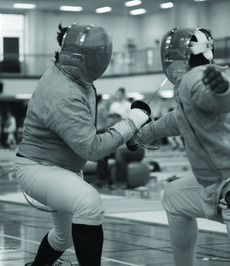 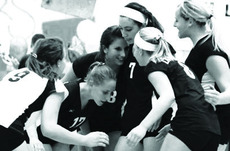