Health and recreation services to merge at Buchanan-Kiewit Wellness Center 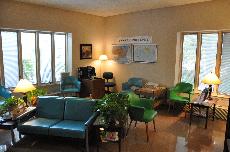 In a campus-wide e-mail sent Sept. 22, the Lawrence University administration announced a major change to popular facilities on campus. The current student health center located in the Landis-Peabody wing of Colman Hall will be moved to renovated facilities in the Buchanan-Kiewit Recreation Center.
The freed space in Colman will be converted to living facilities for students. The newly-designated Buchanan-Kiewit Wellness Center, a building that will combine health and counseling services with recreational space, will be, as President Beck described, a “central destination where students, staff and faculty can invest in their own well-being and multiply the opportunities for collaboration among services.”
The Buchanan-Kiewit Recreation Center, which has remained unchanged during the careers of most students currently studying at Lawrence, will undergo many changes before its conversion to a wellness center.
The changes include a new check-in and information desk, a relocation of the fitness room adjacent to the track – in a repurposed racquetball court – and offices in a renovated wing of Buchanan-Kiewit for Student Health and Counseling Services.
Mark Szkodzinski, director of athletics and recreation and men’s hockey coach, said that the purpose of most changes and renovations will be “to utilize [our] space more efficiently and make it more ‘user-friendly’.”
Szkodzinski explained that in the place of the current entryway, there will be a new, more friendly entryway, featuring information and check-in directly after entering the building. One of the racquetball courts next to the gym will be repurposed into a new fitness room.
A second racquetball court will host cardio equipment such as treadmills, ellipticals and stationary bikes. The current fitness room, seminar room and lower racquetball court will be converted into space for the student health and counseling service area.
Szkodzinski emphasized that while changes to Buchanan-Kiewit would mean reshuffling and reorganizing its facilities, it was important to maintain the recreation center’s current programming and function.
He explained, “One of the goals of the committee [who oversaw planning] was to maintain the programs and services currently held within the Buchanan-Kiewit building. We believe we have not only done that. but have created space for even more services to occur within the building.”
The role of Student Health Services will also remain the same after the move, according to Director of Health Services and Registered Nurse Susan Muenster. The number of exam rooms will remain the same, but a triage room has been added. The extra room will be beneficial for both doctors and patients.
“Doctors will be able to see students who need to be seen first,” noted Muenster.
Further, in an effort to make counseling services more attractive to students, the health and counseling waiting rooms will be separated.
“In the past,” Muenster remarked, “some students may not have come to counseling because they did not want to be seen waiting to see a counselor.”
With a division of the waiting rooms, she added, this problem will have been solved.
At the other end of the move, in Landis-Peabody, approximately 10 to 12 new student rooms – with a total of 21 new beds – will be created in the wing that was the student health center. The additional living space will take some of the load off Lawrence’s overburdened housing situation.
The second half of the Landis-Peabody wing, where the alumni relations department works, will not be affected by the renovations and will remain separate from Colman residence areas.
Responses to the move have been positive. “I think it will be good to have all these services in the same place, and in a central location on campus,” said senior Emily Galvin.
President Beck concurred, saying that she hopes “it will become a destination for many more Lawrentians as health and counseling services and more recreational and wellness programming are added to the building. 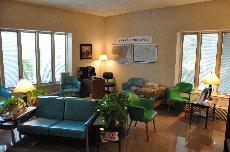