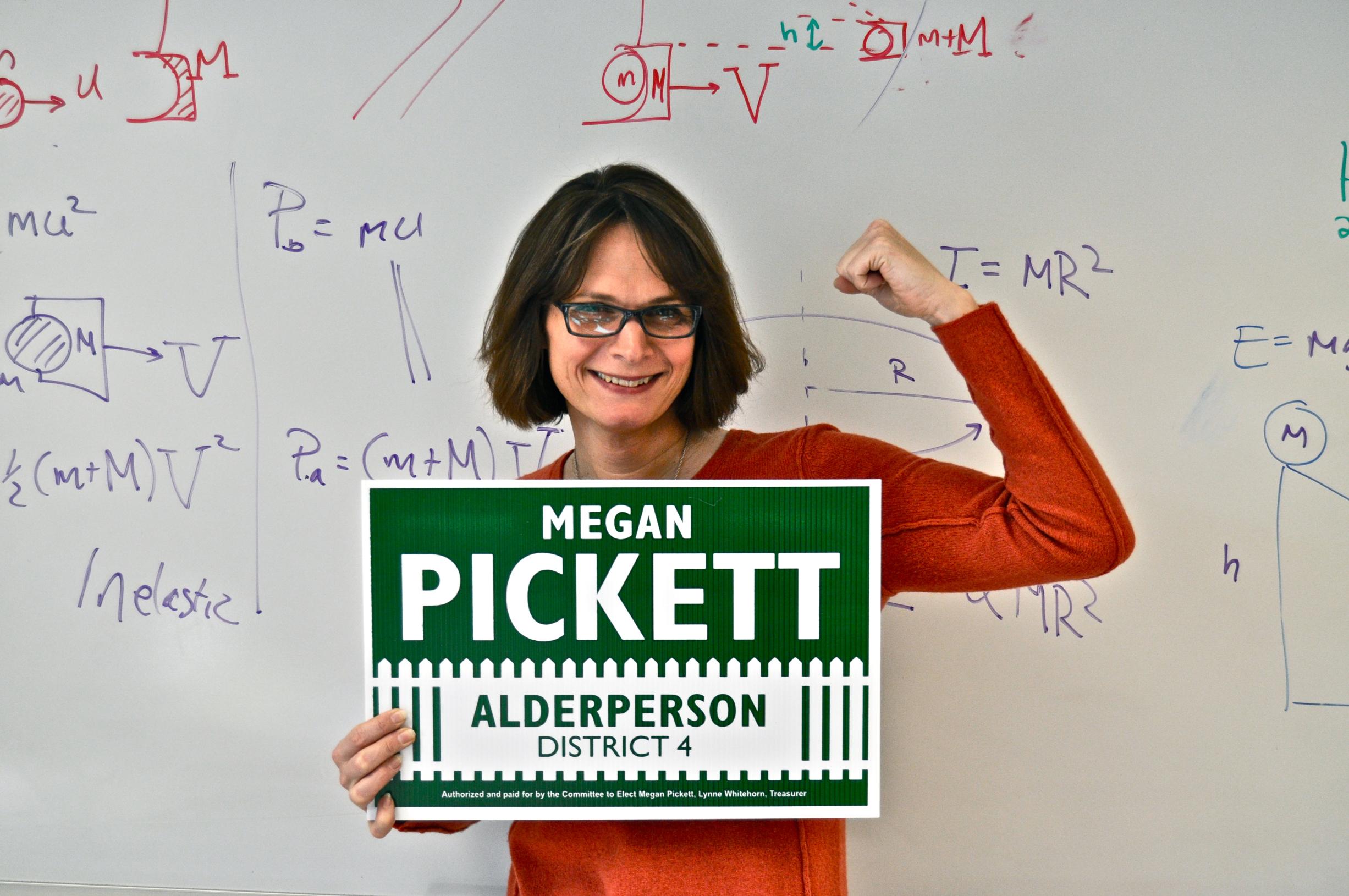 Megan Pickett, associate professor of physics and chair of the Gender Studies Department at Lawrence, recently announced her candidacy for District 4 alderperson.

District 4, due to recent redistricting, now encompasses all of Lawrence University, including the outer housing and other local non-Lawrence neighborhoods. The most significant consequence of the redistricting is that Lawrence students now have the opportunity to vote for and be represented by the same alderperson, which will give the student body as a group a greater impact on their community.

In past years Lawrence has been split into several districts, including 1, 2, 4, 8 and 11, which has given voting students less influence. Teege Mettille, the current alderperson for District 11, pointed out that the redistricting is a rare opportunity for students. “For the first time in 10 years,” he said, “all the students will be represented by one person.”

Pickett agreed. “Students have the opportunity to be involved,” she noted, “especially now that everybody’s in the same district. We all vote at Alexander gym, and students can have a real impact on the city that they live in.”

Pickett describes herself as a member of the Progressive party, an identity that will give the public an idea of how she votes on issues such as social safety nets or diversity. A particularly important issue for Pickett, as is stated in the blog about her candidacy, is the maintenance of the Domestic Partner Benefits Program in Appleton.

This act, known as Act 28, was passed in 2009 by the State of Wisconsin. It serves to increase the rights of people in same-sex and opposite-sex domestic partnerships, especially in the workplace. There has been opposition to Act 28 in Appleton, protests that have been especially grounded in the doubt that Appleton as a city can afford the benefits program. Pickett, however, claimed that the benefits of the program outweigh the costs.

“[The program] makes Appleton a more attractive city for potential employees, employers and students, and it shows that we’re a leader among the cities,” Pickett said. “We at Lawrence University have had our own difficulties with the economic downturn, and yet we’re managed to maintain the Domestic Partnership Benefits Program, and even added categories. We’ve managed to look out for people even though money was tight, which is a good message to send.”

Another key issue for Pickett is the revitalization efforts in downtown Appleton, such as the creation of an Exposition Center and the renovation of Houdini Plaza. Appleton Mayor Timothy Hanna has been a driving force behind this effort, and public and private funding will be going into the project.

“The city’s done its homework, especially with the convention center,” Pickett noted. “Appleton needs to make continuous efforts to make the downtown area an attractive place to visit, or for people who live here to walk around in. We don’t have a mall downtown, so for city businesses to compete with mall shopping we have to make [the city] more appealing to the public.”

A final general concern for Pickett is Appleton’s poor use of modern technology. Her blog states, “We are no longer a Yellow Pages society; we are a Web Pages society.”

Pickett believes that creating a stronger website for the city will make Appleton the leader it has the ability to be. “When businesses or people want to move here, or when students want to come to Lawrence, the first thing they do is look at the city or university website,” she said. By maintaining a strong website the city could not only attract more people, but also “do a better job combining with other cities and spread out the costs,” such as the proposed regional transit system between cities.

Whatever side of the issues one agrees with, Pickett’s message, especially for Lawrence students, is to get out and vote. She reminded, “You’re here four or five years, and this is a place you should get involved in. I hope that students start coming to committee meetings, because [the redistricting] really helps students get involved in a focused and interesting way.”

She added, “In the future, who knows? We could have students running for city council. That’s a lot of work though.”