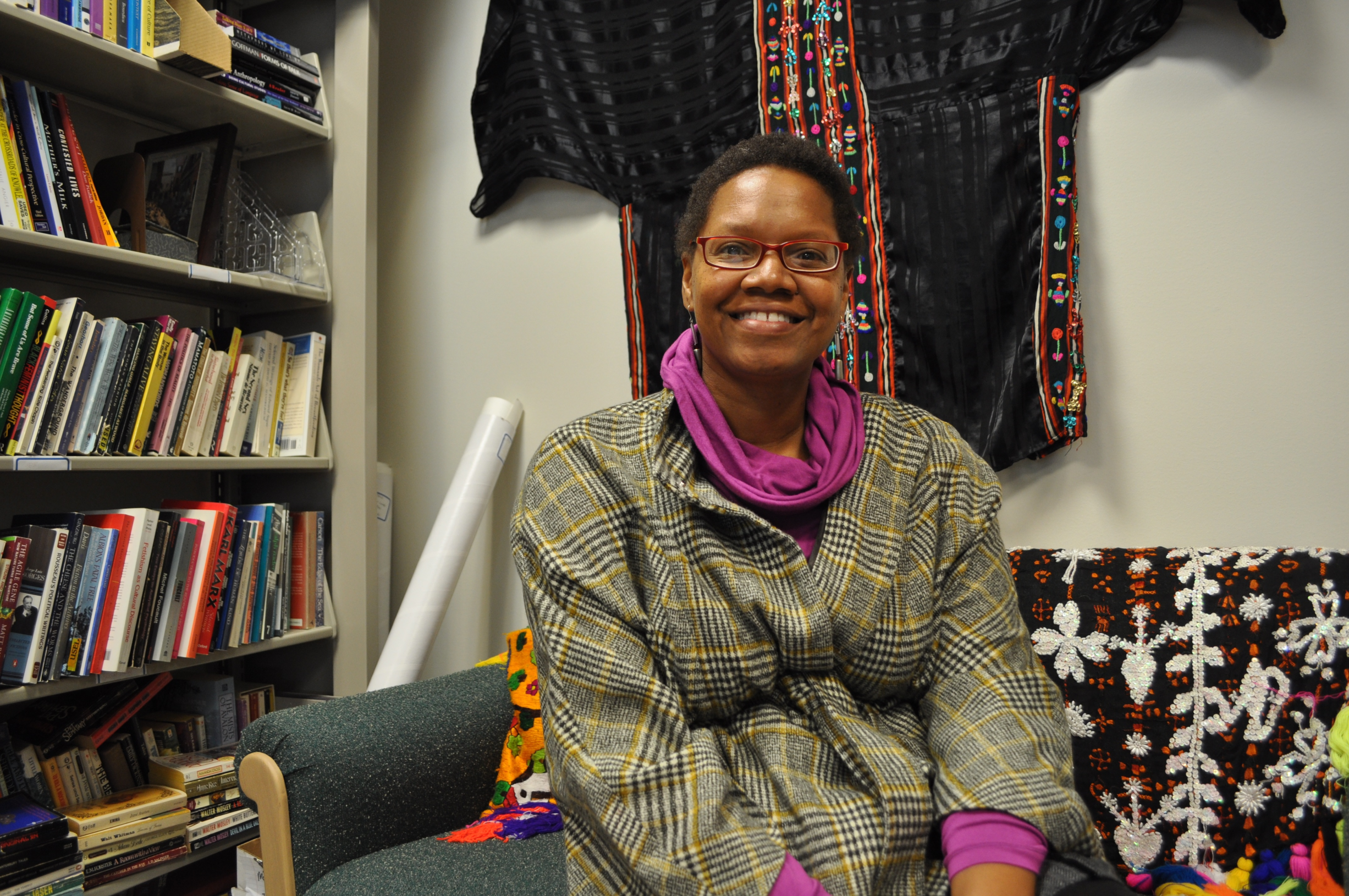 RY: What first got you interested in pursuing a field of study that would require a lot of travel?

CD: I was a military brat, my father was in the Air Force. We moved all over the country, but I eventually returned to the Midwest. I love the Midwest, it’s like home for me, even though most of my family is in Alabama and Georgia.

Because I lived in so many different states, I caught the wanderlust and love of traveling, and I knew I wanted to pursue a career that asked for a lot of travel. I thought I was going to be a diplomat, but I changed my interest to anthropology after I took my first anthropology class my senior year at Mount Holyoke.

I’m an anthropologist because I love to travel, and after discovering anthropology my senior year, I knew I wanted to study people at the cultural level instead of studying people as political animals.

RY: What made you particularly interested in studying the Middle East?

I went to the Middle East, particularly Egypt, because my parents felt that Egypt would be the safest country in the Middle East for me to visit. That’s how my love affair with Egypt began; though it started out as the only Arab country my parents would send me to, I’ve since had a long relationship with Egypt, which was culminated with my visit back through a Fulbright Scholarship.

RY: When you were in Egypt for your Fulbright and had to leave due to the political climate, did you feel that it might be the last opportunity you would have to be in Egypt for some time?

CD: I never thought that my Fulbright would end that way. I did think, “what’s going to happen next? When will I be able to return?” Professors have to take turns for their sabbaticals, and I didn’t know the next time that I would be able to leave Lawrence for an extended period of time. However, I’ll be able to return during the summers; in fact, I returned for a week in May. To continue my research, I’ll have to visit over winter breaks and summers until I get a sabbatical again, and hopefully at that time I’ll be able to take my family again.

RY: What was the experience like for your children living in Egypt?

CD: They had mixed feelings. Being first graders, they had to get used to the school there. They went to an Italian international school, and they had to get used to the routine. Of course, they were missing their friends in the United States, and they weren’t used to a big city. Finally, however, they loved visiting the pyramids and the different sites, and they played soccer with friends at a park in downtown Cairo and made friends at school.

Just when they were getting used to the new routine, though, we had to leave. We finished out the year in Italy, and we had to adapt to that change all over again. It seemed like we were all just getting settled, really, when the political upheaval took place.

RY: Your research in Egypt and then in Italy was centered around food, correct?

CD: Yes, I believe food can be a window into culture. I am interested in the way people eat and how they eat, and what that tells us about social status, cultural identity, religious identity and even domestic relations, such as who shops and who cooks.

I also became interested in these new cooking shows in Egypt, which are like the Food Network in the United States. Food tourism in Egypt has grown as well, and people are going on these amazing culinary tours. Egyptians are working hard to dispel the myth that Egyptians don’t have a culinary tradition, because until recently, there weren’t many restaurants that served traditional Egyptian food. Now, there’s been an attempt to elevate Egyptian cuisine through these cooking shows and culinary tours, and I find that very interesting.

CD: Oh yes, I love cooking! I would have done that for my dissertation topic if my professors hadn’t advised me to pursue something that would make me appear to be more of a “serious” anthropologist. When I’m at home, I’m always tuned into the Food Network — if not that, then the Sci-Fi Channel — and I also love buying cookbooks. My husband and I belong to a group of friends that makes a huge Italian meal once a month. Sometimes we need to exercise quite a bit to offset the fact that we like to eat so much!

RY: What else do you like to do in your free time besides cooking?

CD: I love science fiction! In college I founded the Star Trek knitting club so that I could have time to knit and watch Star Trek. Now, the sci fi channel is sort of like my lowbrow channel. I watch all of the science fiction shows.

For some reason, though, I don’t like to read science fiction. I prefer to read mystery. Because I read a lot for work, I have such low–brow taste in books. I like to read “easier” books, although Agatha Christie is definitely good reading! I will say that I did go through all of the Jane Austen books while I was in Italy, because they were the only English language books I could find. However, I just finished reading “Easy to Kill” by Agatha Christie this weekend.