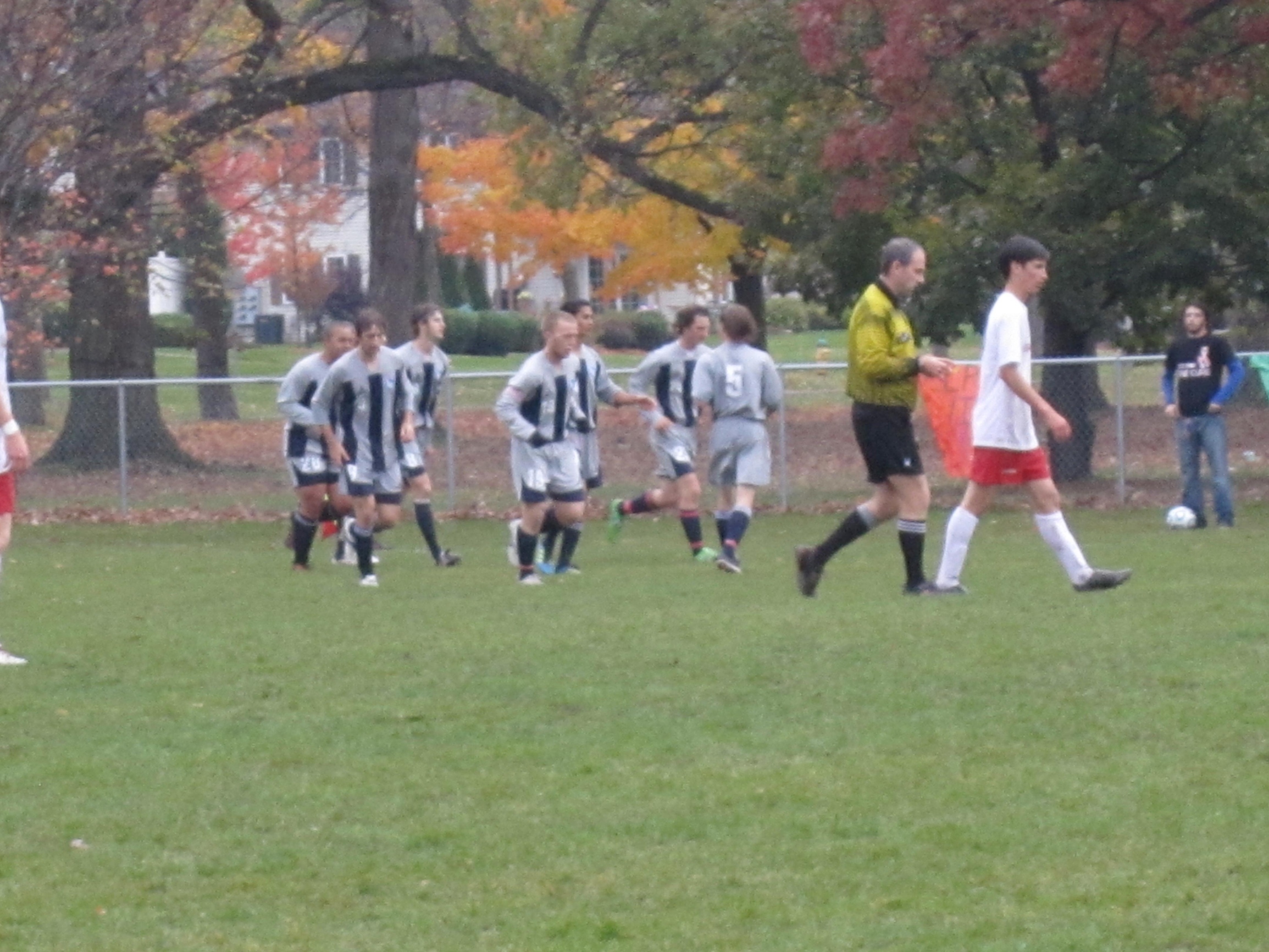 It was a good weekend for the Lawrence University men’s soccer team, as they took on squads from Knox College and Lake Forest College, performing well against both opponents. Head Coach Blake Johnson commented that the team’s overall performance for both games was quite good, as it secured a 4-1 victory over Knox on Saturday, Oct. 22 and a 1-1 tie with Lake Forest on Sunday, Oct. 23.

“I thought our players came prepared for each contest, with a good attitude and ready to compete for 90 minutes,” said Johnson.

Saturday’s contest against the squad from Knox proved to be little challenge for the Vikings, as they washed over the Prairie Fire, scoring four goals of their own while allowing Knox only one.

This match-up also allowed every member of the Lawrence squad to see playing time. Team member Kelson Warner noted that the team played well against Knox, saying that he felt the team really supported each other and did an excellent job of stringing passes together. This allowed the team “to engage in quick counters…ultimately giving us the chance to capitalize and we did.”

Sunday’s game against Lake Forest proved to be a much more challenging match-up. A strong Forester squad, along with rainy conditions, made the game quite the contest, as the Vikings and Foresters battled it out for 110 minutes before the game was called at a 1-1 tie. Warner commented that there was quite a bit of “shoulder to shoulder contact all game” and that the rainy conditions “made it difficult to stay with [the ball] at times.”

“The rain made it difficult for us to settle the ball down and control it,” said Warner. “As a result we played a little too anxious and direct, so we couldn’t string together an organized offense.”

Warner went on to note that although the Viking offense against Knox wasn’t the best, the defense played a fantastic game. Johnson pointed out that Lake Forest has one of the best players in the Midwest Conference on their squad, Mahir Mameledzija, and that Colin Potts did an excellent job of shadowing him.

After this weekend, Lawrence sits in third place with a 5-2-1 record. The final game this Sunday at Illinois College will determine whether the Vikings will progress to the four-team conference tournament at Carroll University on Nov. 4-5. Warner, for his part, feels confident heading into the final stages of the season.

“We face Illinois College this weekend and if we play good, technical soccer and support one another, there’s no reason we shouldn’t be able to come out with a win,” said Warner.