A profile of Hillel: Celebrating Jewish culture at Lawrence 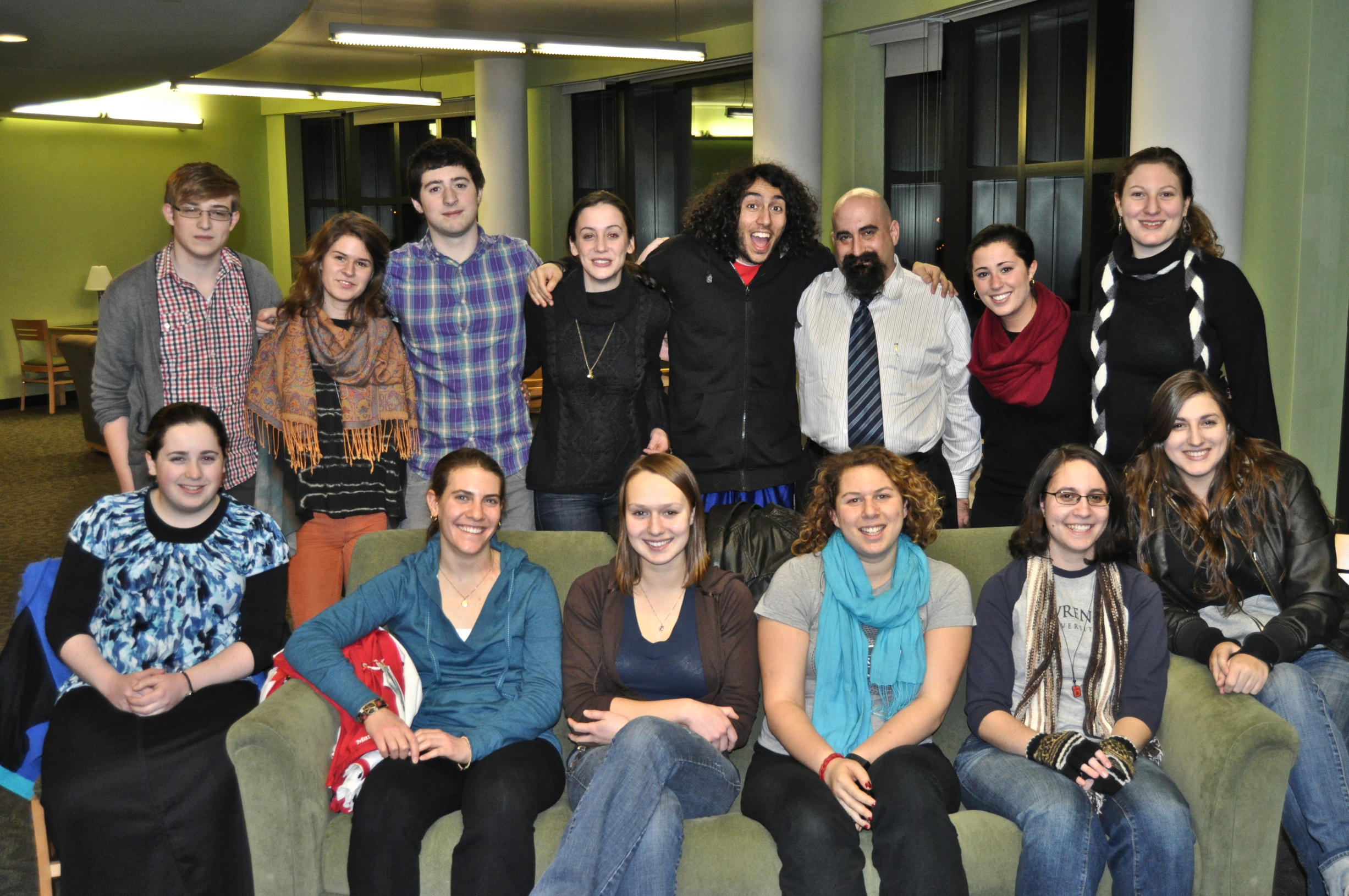 Recently revived on campus, Hillel is a Jewish student organization at Lawrence University open to anyone interested in learning about Judaism and Jewish cultures or traditions.

Before this school year, Hillel meetings were sporadic and disorganized. This year, presidents Camilla Grove and Liz Barenholtz completely revamped Hillel to give it a more central presence on campus.

Said Grove, “There is not a huge Jewish population on campus so Hillel gives those who are Jewish a closer sense of community. Not only that, but it helps bring awareness to the Jewish culture for those who are not Jewish and want to learn more about a culture unlike their own.”

Now, Hillel serves as an essential resource for prospective Lawrence students looking for a Jewish community, which they might not find at the 20-member congregation of Moses Montefiore. A group like Hillel is key for support because the synagogue is not always accessible, most of the members are much older than Lawrence students and the rabbi commutes from Madison.

The group is useful for Jewish students to bond together during holidays such as Passover or Yom Kippur, in which they must fast or avoid certain foods. Hillel also helps alleviate homesickness during traditional events such as Passover Seder and spread information about where to get Kosher food — whether it be at Woodman’s or even matza at the Corner Store. More importantly than anything else, students in Hillel can share and enjoy the timeless stories and traditions of Judaism together.

Most Jewish members of Hillel are Conservative Jews, but reform “cultural” Jews also attend. Hillel is not exclusive to Jewish people — anybody who is interested in Jewish faith and culture is welcome. There are about 16 regular members of Hillel, but many other people stop by due to its central location at Hiett. Many members come from areas with large Jewish populations such as Boston and New York, and members also come from the East Coast, Florida and Wisconsin.

The organization organizes transportation to the local synagogue, Moses Montefiore, for weekly Jewish services and observances on the Jewish holidays Rosh Hashanah and Yom Kippur. Hillel also hosts a variety of holiday events such as latke-making during Hanukkah, a Passover Seder and festivities during Purim.

Hillel is hoping to begin interfaith efforts with other religiously affiliated groups on campus. They also hope to pair up with Amnesty International to organize for a Holocaust survivor to speak at Lawrence.

Hillel meetings are structured as social gatherings as opposed to strictly centering on formal business. They generally begin with thought provoking questions such as “What does it mean to be Jewish?” and continue with discussions on what activities Hillel should plan. The presidents of Hillel, Adam King, Grove, Barenholtz and Mara Kunin, also try to incorporate humorous and ice breaking questions to make the meetings more of a social gathering. For instance, one leader once asked, “What is your name and what is the most Jewish thing you’ve done?”

Hillel meets bi-monthly on the fourth floor of Hiett lounge. Students interested are encouraged to e-mail either Grove or Barenholtz for more information.