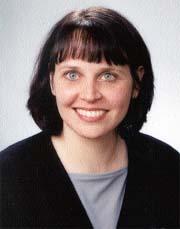 Where can you go with a liberal arts degree? What options are out there for Lawrence graduates? The Career Corner tells the stories of some almuni who have found answers to these questions and proves that, yes, there is a job out there for you.Elizabeth Deckman, an ERISA attorney at Heller Ehrman law firm in Seattle, Washington, graduated from Lawrence in 1985 with a B.A. in German. After graduation, she studied in Germany for one year on a Fulbright Fellowship.

She then returned to the United States, where she studied law at the University of Wisconsin, Madison. After completing law school, she was offered a job in Seattle.

“My first day on the job, an ERISA partner from the firm asked me to help her with an ERISA project and it grew from there,” said Deckman.

While at Lawrence, Deckman had planned on a career in law, but with a specialization in international finance, “probably with some European connection.”

Now, seventeen years later, she is an attorney who specializes in ERISA law, dealing with employee benefit programs such as 401K’s.

It is Deckman’s own change in career plans that prompts her advice, “Don’t worry about taking paths [you have] never contemplated before…because you can be successful in a lot of different things with a different degree. You don’t have to match a major with a career; you [will] have an education that carries you through life.

“I certainly never thought I’d be working on a daily basis with the tax code as a German major, but here I am.”

It is on the job that Deckman feels the impact of her education at Lawrence.

“One of the main things I learned at Lawrence was not a specific task…[but] reading and analyzing and writing, especially writing. [Writing] is an important part of what I do on a daily basis.

“Also, being able to work with people [is important]. [Law is] very technical; you have to be able to listen to people, to ask the right questions…being able to explain [to clients]…how the law works…in a way they can understand.”

Deckman also has some advice for those preparing to set out on their own career path:

“[You] should try to reach out and use Lawrence connections to help [you] understand potential jobs or careers…Talk to people about what they do on a daily basis…there’s a wide network of Lawrence people who’ve gone through a lot of the same things…we’re here to help you [on] that path.”